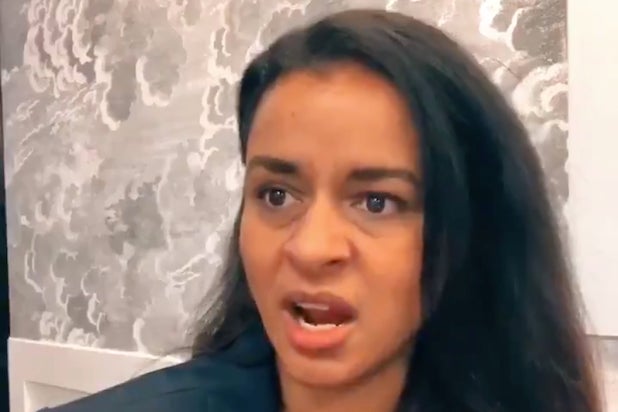 Comedian Sarah Cooper has taken on Trump’s head-scratching, rambling non-answer to what his priorities as a second-term president would be in her latest video posted on Friday.

Her parody is based on Trump’s response at a town hall with Sean Hannity on Thursday, where the Fox News host asked the president what his “top priority items” would be if he got a second term as president.

Using the actual audio of Trump’s response, Cooper-as-Trump lip-syncs, “Well, one of the things that will be really great, you know, the word ‘experience’ is still good. I always say talent is more important than experience. I’ve always said that, but the word ‘experience’ is a very important word. It’s a very important meaning. I never did this before, I never slept over in Washington, I was in Washington, I think, 17 times, all of a sudden I’m president of the United States. You know the story, I’m riding down Pennsylvania Ave. with our First Lady and I say, ‘This is great.’ But I didn’t know very many people in Washington, it wasn’t my thing. I was from Manhattan, from New York. Now I know everybody, and I have great people in the administration. You make mistakes, like you know an idiot like Bolton, all he wanted to do was drop bombs on everybody. You don’t have to drop bombs on everybody. You don’t have to kill people.”

Throughout, Cooper-as-Hannity can be seen taking copious notes with a red Crayola marker on a notepad doodled with a heart drawn around Trump’s name and the word “seantrump” with two hearts underneath.

Watch the video below: