BBC Breakfast: Sally Nugent is recognised for award on show

BBC Breakfast’s Sally Nugent was awarded a Royal Television Society award Scoop Of The Year earlier this week, for her interview with Marcus Rashford, in which he urged the Government to extend free school meals during the summer holidays. Many of her BBC colleagues and even ITV rivals have complimented her for the achievement, but as she came back to the show this morning, she was looking quite awkward about it.

Speaking to Andrew Marr via video link, ahead of his programme later this morning, Sally’s co-host Roger Johnson noticed: “This makes me the odd one out actually.

“Because Breakfast and Sally won scoop of the year this week at the Royal Television Society Awards,” he said, while Sally was sat in her seat, looking around awkwardly.

Sally wasn’t able to thank her colleague as he quickly moved on to address Marr’s recent win: “Andrew congratulations, interview of the year as well, very well done.”

Andrew then replied: “That is very kind. Your turn will come possibly next year I think. Definitely going to happen.” 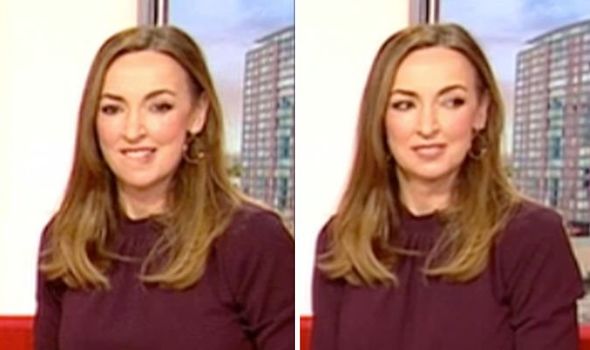 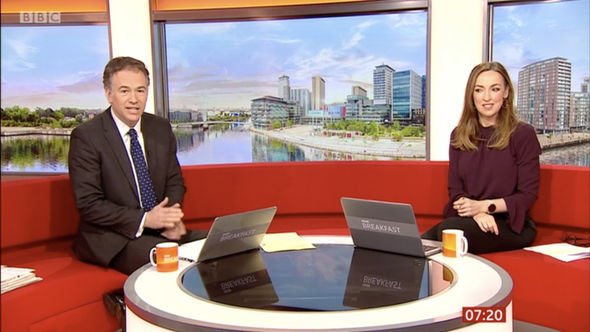 On Wednesday, Sally took to Twitter to tell fans that she was “thrilled” to win.

“Thrilled to win ⁦@RTS_media Scoop of the Year for our work on Free School Meals.

“Thank you to driving force ⁦@ClaireRyanSport, editor ⁦@BBCFrediani and everyone @BBCBreakfast.

“And thank you ⁦@MarcusRashford for trusting us to tell your story,” she said. 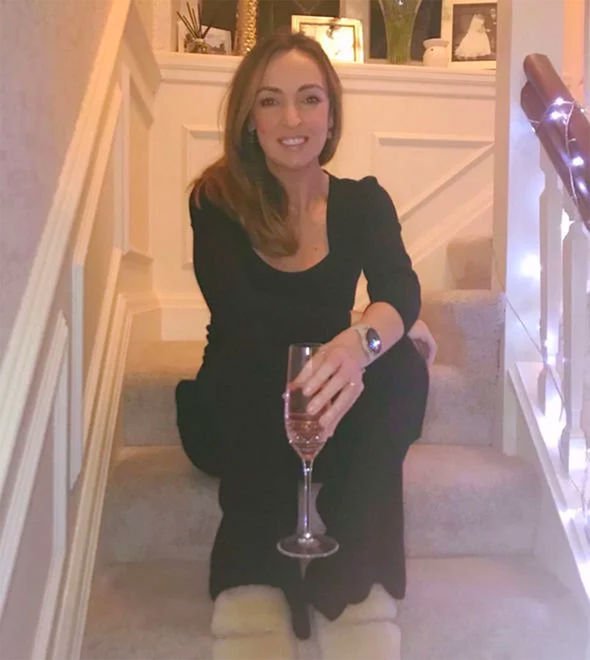 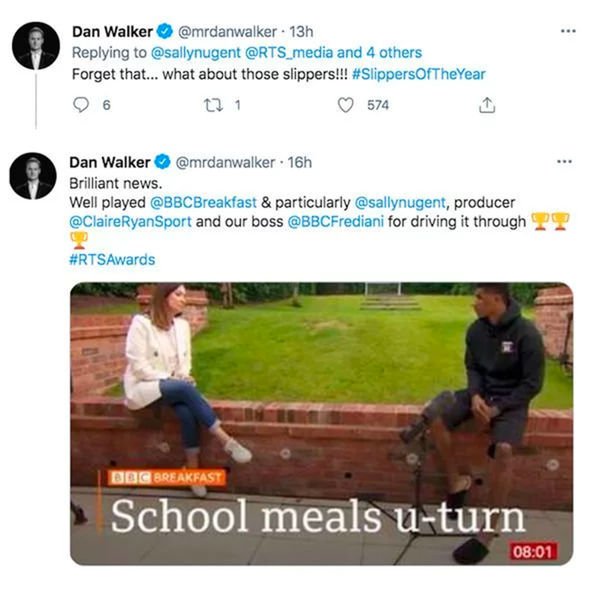 Piers Morgan also managed to put his breakfast show rivalry aside for a second to congratulate Sally.

“Congrats Sally, great scoop,” Piers wrote, cheering the sports presenter on as she thanked him for his kind words.

Her BBC Breakfast co-star and Piers’ TV rival Dan Walker was also among those who sent their love following her success.

Although he had sent a sweet message earlier in the day on the BBC show, the presenter admitted he was distracted by her choice of footwear for the prestigious ceremony last night.

Alongside her caption, Sally posed with a glass of champagne sitting on her staircase in a sleek black outfit, which she had paired with fluffy sheepskin slippers for the occasion.

The BBC Breakfast host couldn’t resist making a joke, taking to the comments section of Sally’s tweet, writing: “Forget that… what about those slippers!!! #SlippersOfTheYear.”

After spotting his witty remark, his pal explained that she was wearing the slippers as a tribute.

She wrote back: “That’s my little tribute to [winking face emoji].”

“Sal you even look glam in ur slippers!”(sic) Carol has since added, defending her laid back look.

“Fab piccie and huge congratulations to all,”(sic) she continued.