A reunion normally filled with drama took a different approach this year. Due to the coronavirus (COVID-19) pandemic, RuPaul hosted a pajama- themed reunion episode from the comfort of everyone’s homes. It was just as fun and heartwarming as fans wanted it to be. Here’s our recap of the reunion episode of RuPaul’s Drag Race season 12.

This article containers spoilers from the reunion episode of RuPaul’s Drag Race season 12. Read at your own risk, squirrel friends!

If you stay shady, you ain’t gotta get shady! ⭐️ Put on your pajamas and get ready to kiki with the Shady Bunch AKA the Queens of Season 12 on #DragRace Reunited #AloneTogether — TONIGHT at 8/7c on @VH1! 🌈💓☁️

Here’s the story of a group of queens overcoming adversity. After one queen’s disqualification and a literal pandemic, the 12 contestants of RuPaul’s Drag Race season 12 came together for a virtual reunion episode. First off, each queen talked about where in the world they are and if they were staying with family.

With the formalities out of the way, RuPaul goes straight for the drama. Gigi Goode and Heidi address the tension they had earlier in the season, but neither hold onto any animosity. By the way, Heidi is keeping in “N. Closet” of her name. For now, at least!

Nicky reflected on her elimination and how everyone basically called her out on the stage. She wished she pushed a little harder but she’s thankful to represent international queens.

Jackie talked about her reputation as a “Bossy Rossy,” but she finally heard from RuPaul what she was waiting for all season, “condragulations, Jackie, you are the winner of this week’s challenge.” 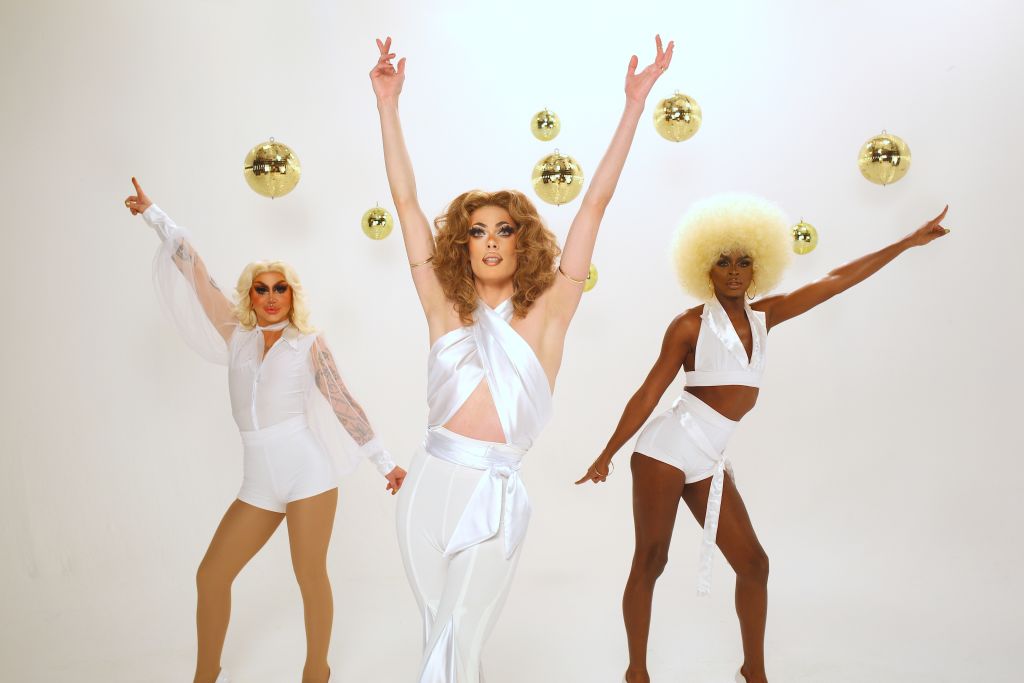 RuPaul asked what each queen has been up to

After a commercial break, RuPaul asked about some of the queens’ eliminations. Dahlia talked about storming off and how the first word that came to her mind was “rigged.”

Rock watched her emotional exit back and explained that this was something she wanted so badly and she didn’t get to go all the way. It was disappointing. Something good did come out of Drag Race, though, because Rock’s mom saw how her actions impacted him. She’s been sober for a while now and their relationship is a lot stronger.

Speaking of mothers, Jackie shared that before quarantine and social distancing, she finally told her mother that she’s a drag queen. As a result, her mother sent a letter to RuPaul about how proud she is. Jackie got a little emotional, as do the other queens.

Widow looked back at her time in the competition is says that she really got in her head a lot. She did do what she came to do, though. Jan had a moment to talk about her emotional breakdown when Brita left. She said Jackie totally clocked it: it was just a lot of built-up emotions from not winning the challenge. No matter. She’s ready to rule the world.

The queens still did some traditional reunion reading

In true reunion fashion, the queens partake in a game of toot or boot. (The consensus still being that Aiden’s referee look was a boot.) Although these queens may be physically separated, reading is still a fundamental part of this episode. Each queen put on their glasses and poked fun at one another.

RuPaul asked if the queens have anything left to get off their chest and when they all start talking at once, Jan broke out her shockingly accurate impersonation of Heidi’s Untucked moment, saying “at the end of the day, it doesn’t f*cking matter.”

After a commercial break, the queens answered some “fan” questions from Miss Vanjie Matteo. Primarily, Vanjie asked if Jackie is still with her partner. (She is, unfortunately.)

That segued perfectly into the rumors that Gigi and Crystal might be dating, because of their quick kiss during Untucked. They don’t really answer the question, but everyone gets a laugh out of their reactions.

It’s finally time for the dreaded question. RuPaul asked the eliminated queens who, of the Top Three, deserves the crown. Widow said Crystal. Jan said Gigi. Aiden said Jaida. Fans will just have to wait until next week to see who earns the title of “America’s Next Drag Superstar.”