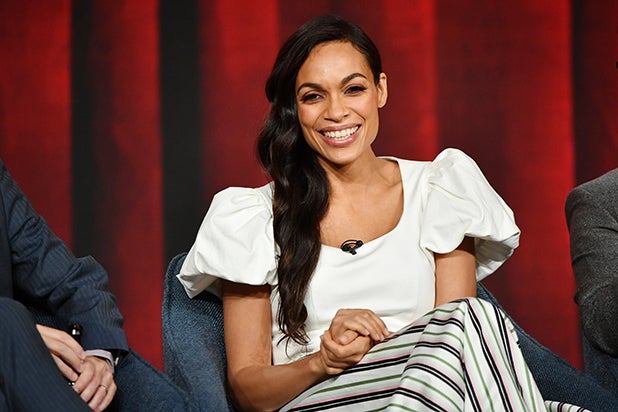 Rosario Dawson has joined the cast of Hulu’s upcoming “Dopesick” adaptation as a series regular, the streamer announced Thursday.

The “Daredevil” and “Briarpatch” alum joins a cast which includes Michael Keaton, Peter Sarsgaard, Kaitlyn Dever, Will Poulter, John Hoogenakker, Philippa Soo and Jake McDorman. Rosario Dawson will play Bridget Meyer, a “tough DEA agent who fights to curtail the use of OxyContin.”

The drama is described as “an ambitious, harrowing, and compelling look into the epicenter of America’s struggle with opioid addiction.” It will tell the story of the opioid crisis through a distressed Virginia mining community, the hallways of the DEA and the opulence of “one-percenter” Big Pharma Manhattan.

Touchstone Television’s “Dopesick” is written by “Empire” co-creator Danny Strong and will be directed by Barry Levinson. In addition to those two, executive producers include John Goldwyn, Warren Littlefield, Beth Macy and Karen Rosenfelt.

The eight-episode limited series, set to premiere in 2021, is based on the New York Times bestselling book of the same name by Beth Macy.