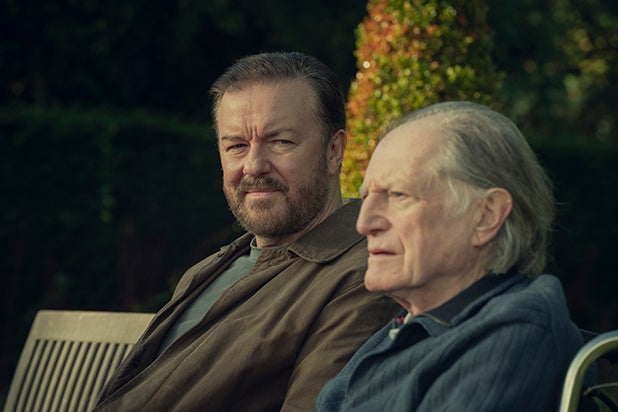 Netflix has picked up a third season of the Ricky Gervais series “After Life” as part of a new overall deal the comedian has signed with the streamer.

Under the agreement, Gervais will develop both scripted series and stand-up specials for Netflix, following on the success of projects like “After Life” and “Ricky Gervais: Humanity.”

“After Life,” which returned for Season 2 last week, stars Gervais as Tony, a man whose perfect life changes once his wife Lisa dies. After contemplating taking his own life, he decides instead to live long enough to punish the world by saying and doing whatever he likes from now on.

Gervais is creator, writer and director on the comedy via his Derek Productions banner. Charlie Hanson is producer and Gervais and Duncan Hayes executive produce.