Rick and Morty (both played by Justin Roiland) have seen some wacky adventures over the four seasons so far. Many of them have been singular contained stories which do not connect to anything else. However, some of the Adult Swim show’s episodes have slight connections to others, most of which involve the Citadel – the community of Ricks.

These episodes are usually the most abstract and contain some political stingers.

One thing that connects them both hugely is the presence of Evil Morty.

Evil Morty has arrived a few times in the show to showcase his nefarious influence and evildoings.

As the character’s obscure plot progresses, however, viewers have begun to get a little curious about Evil Morty’s backstory, and have suggested he could in fact be the Morty from C-137 in the future. 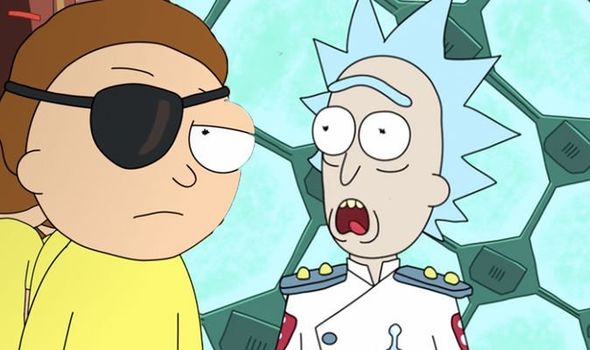 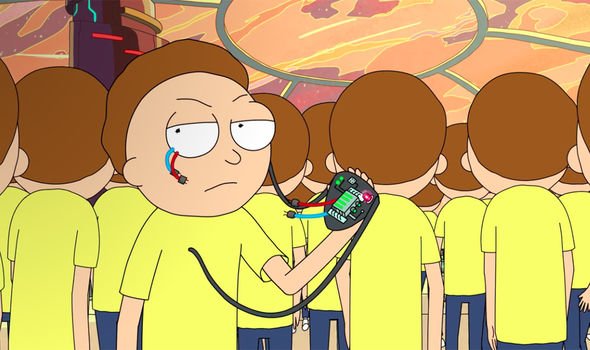 Adding to this ongoing theory, Reddit user and Rick and Morty fanatic SpartanDilan illustrated how this descent may look.

The drawing the fan provided showed the classic Evil Morty persona complete with an eyepatch and weapon.

However, Evil Morty can also be seen donning the Death Crystal that was featured back in season four.

Viewers will remember the Death Crystals allow its user to see how they will die – and Morty found a new use for this as it allowed him to see himself finally getting with Jessica (Kari Wahlgren). 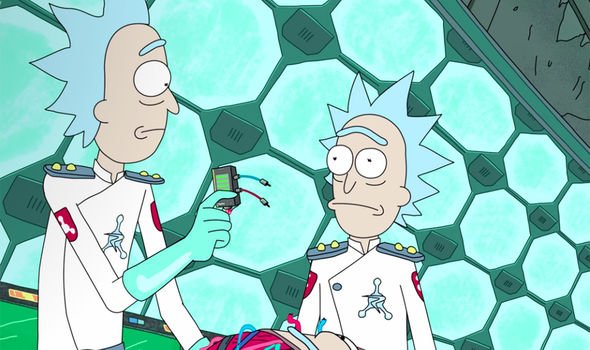 Evil Morty can also be seen holding a MeeSeeks box, adding to the chaos he could bring.

Fans of the show responded to this illustration and pointed out that while this is a good theory, it may not happen in practice.

First, one fan pointed out how Morty has been getting more aggressive throughout the show.

They wrote: “This theory is good, I was doing a rewatch of the series and anyone could see that Morty on the way is getting nasty like the purge episode, and his arrogance if increasing. Let’s see.”

Another referenced season four, saying: “Every single episode of season 4 has had a call back in it form something earlier in the series, either a joke or a character or something. I feel like Evil Morty will return again.”

Other fans pointed out the Rick who pointed out Evil Morty’s evildoings could have been C-137 Rick all along.

They explained: “Also, the Rick in the bar that gives campaign manager Morty the incriminating file is Rick C-137.

“And later the rookie police officer Rick is put in charge of investigating the death of campaign manager Morty. Eventually he and Evil Morty team up to take down Rick C-137.”

Meanwhile, viewers have also been suggesting Rick has been wiping Jerry’s (Chris Parnell) memory over the course of the show.

Suggesting Rick had created Jerry’s memories, Reddit user Theaanomaly posted: “Rick usually erases someone’s mind when they want him to or when he made a mistake.”

Viewers noted that Morty’s mind has been erased a number of times – but Jerry’s could have been more nonchalant, adding: “Although Jerry freaked out at first he began coping later, even hinting that he wanted to remember what he saw. Therefore there is only one reason Rick could have logically done it; wiping Jerry’s mind is habit.”

Rick and Morty returns on May 3 on Adult Swim.