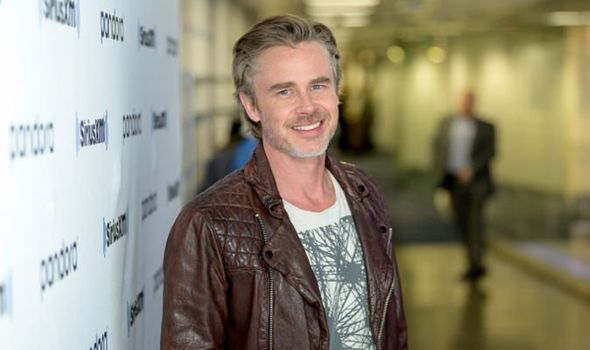 Bar owner Merlotte seemed perfectly normal but could turn himself into a border collie at will – a process that left Sam stark naked when he changed back, giving new meaning to the term “hot dog”. “Often the scenes were shot at night in freezing cold weather,” the easy-going actor tells me. “So I had to be naked, hiding my pride in a tied pouch, smaller than a bikini bottom. It was more like a sock. It was great for making me stay in shape, but the hardest thing was to stop myself from shivering.”

Some of the scary moments weren’t scripted. “Once they opened the back of the van and there was a real alligator chained up in it,” recalls Sam in a soft Mid West accent. “I was inches away and it didn’t look like the chain was going to hold him.

“Then I had to work with a snake and was assured that it couldn’t get under doors…” Guess again!

His craziest scene was a vicious fight in a pig pen “naked, with 200lbs of real pig and three big guys with boots on. I didn’t lose…” But he did bruise.

Trammell’s risqué role brought him thousands of fans – and some unusual requests. One chap asked him to convince his girlfriend to marry him.

Blue-eyed Sam, 51, who resembles a slimmer Brad Pitt, recalls: “He asked me to list his positive qualities and why she should say yes. He had me record a video message saying what a great guy he was. I thought it was hilarious. I knew his potential fiancée would laugh. It was fun…maybe I pushed it over the edge.”

Ex-collie Sam was more hawkish in the final season of Homeland this year. He played Benjamin Hayes, a weak Vice President catapulted into the Oval Office when the serving President died.  “Hayes was dangerous because he was indecisive,” he says. “He was confident when he got the job but he was out of his league. We got to see his fear and vulnerability.” 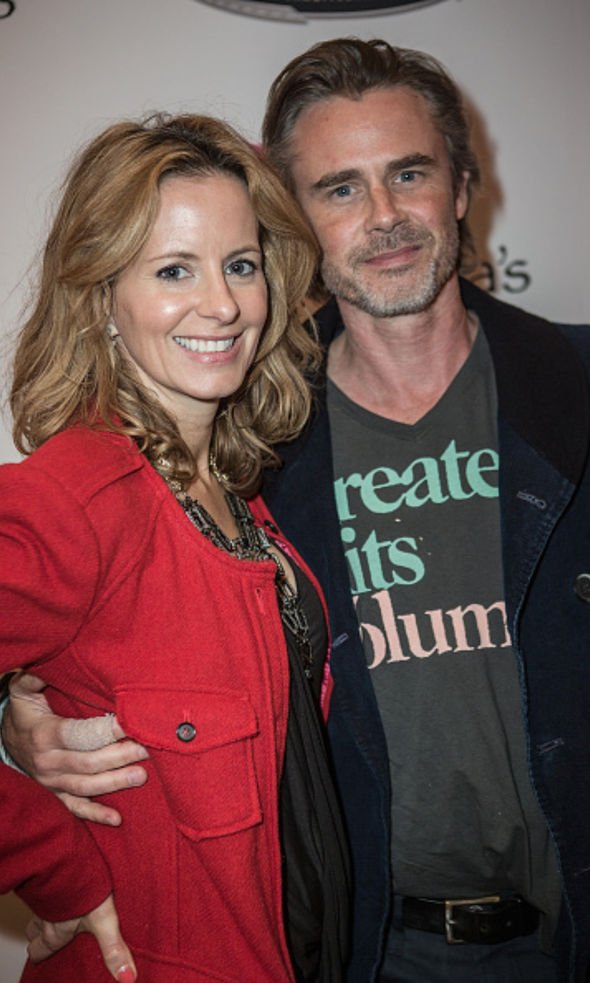 Trammell can now be seen playing family man Leo Doyle in complex Netflix thriller Reckoning, a show involving a former serial killer, the copycat murder of a schoolgirl and buckets of misdirection. But is Leo all he seems?

“His father has dementia. His mother was murdered and he witnessed that. It’s implied he could be the killer and whodunit is pretty much revealed in the third episode, so it becomes a why-dunnit…and is the killer going to get caught. There are a lot of surprises.”

Reckoning is set in California but was filmed in Australia. “We were in Manly, Sydney, with the stunningly beautiful landscapes of the northern beaches,” says Sam. “It was wonderful. We had the A-team of crews, the food was great and I surfed all over. The Aussies really know how to do the outdoors.”

New Orleans born Sam spent his early years living on an Indian reservation in North Dakota, where his army doctor father worked after the Vietnam war. “I remember it being very cold. They had little brick buildings but lacked everything.”

His father’s job took the Trammells all over the States, including Texas and Alexandria, before they settled in Charleston, West Virginia where his parents built a house below a cemetery. “I always wanted it to be creepier than it was. We’d built into the ground so I’d imagine coffins slipping down into the basement…”

His mother was an English teacher. He has a younger brother, who plays guitar in reggae band the I-Vibes, and sister.

Sam was in a Rush covers band at school. “I started playing bass at 13. Our drummer played like Rush’s Neil Peart. Then I was in an Ozzy Osbourne covers band, a Trinidadian steel band…

“In other bands we covered REM and Zeppelin…I remember practising at my Chinese friend’s house while his parents played Mahjong upstairs. I’m not sure us playing Purple Haze in the basement helped their concentration.”

In Charleston, Hollywood star Nick Nolte moved next door. They played golf together before Trammell went to college, sowing the first seeds of his interest in acting.

Sam, a bright, articulate man, was unfocused back then changing courses as casually as Merlotte shifted shape. He spent a year studying astrophysics before switching to a semiotics major, and then studied French and philosophy in Paris. The French came in handy when he filmed Homeland in Casablanca last year.

Back in Providence aged 21, his friends persuaded him to audition for a college play called Stupid Kids. He got the part – and the acting bug. At 22 Sam moved to Manhattan “when you could still be a young artists and make a living. I was living the romantic life like Pacino and De Niro.”

He worked by day – “at one point I was proof-reading quarterly reports at Merrill Lynch. I worked in law firms too, one in the south Twin Tower. But then I’d go and do plays.”

Sam screen tested with Pacino for Scent Of A Woman. “I didn’t get the part but I got an agent,” he recalls. 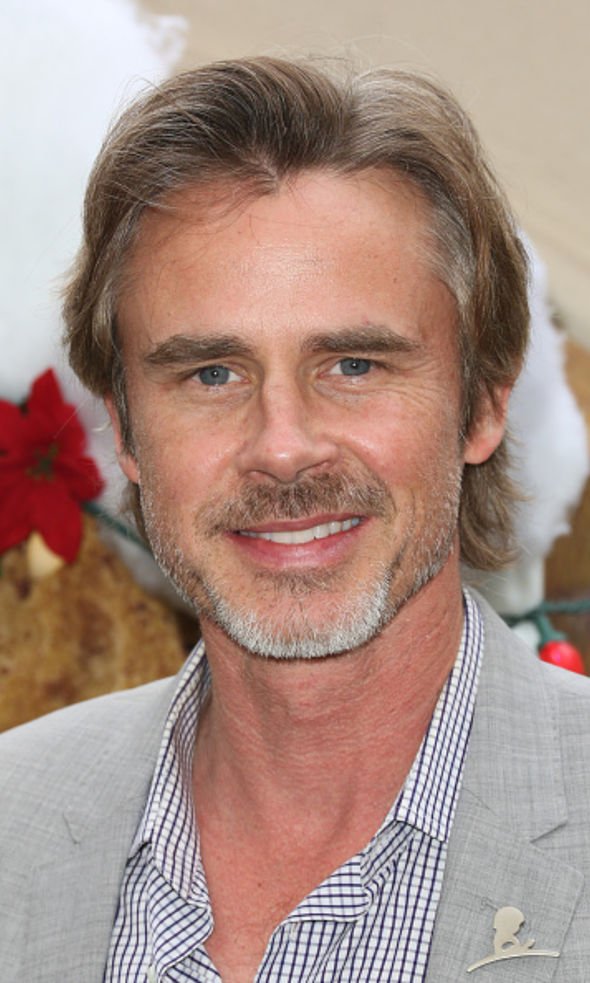 Many stage productions followed including full frontal nudity. In 1998, Trammell was nominated for a Tony in Ah, Wilderness at Lincoln Centre, Off-Broadway. By then he’d already had his first TV role in Harvest Of Fire, and the first of many movie parts including The Fault In Our Stars and Nancy Drew & The Hidden Staircase.

His other notable TV roles include playing Eric Clarke in The Order and Ben in This Is Us.

Sam met his partner, Mad Men actress Missy Yager while both were performing in New York. They have twin eight-year-old sons Winston and Gus.

He’s making the most of lockdown. “I’m reading more books than normal, and having a great time with my children. I’m home schooling them, entertaining them and teaching them the piano.”

The thing he’s missing most is surfing.

“I’m usually in the ocean a lot,” he says. “I see the pollution there sometimes. That’s why I support Oceana which works to protect and restore the oceans.

“It’s all about keeping them clean, helping to prevent plastic pollution, encourage safe fishing practice, and making the oceans healthier. That’s a good investment for all of us.”

Reckoning is on Netflix