During season 2 of Real Housewives of Dallas, fans met D’Andra Simmons and her husband, Jeremy Lock. D’Andra started out as best friends with OG cast member LeeAnne Locken. But it didn’t take long for them to turn into bitter enemies. Their feud has gotten so nasty that their husbands have gotten involved.

After D’Andra accused LeeAnne’s husband, Rich Emberlin, of cheating on her, Rich turned around and accused Jeremy of cheating on D’Andra. After all of this drama, what do fans really know about Jeremy Lock? 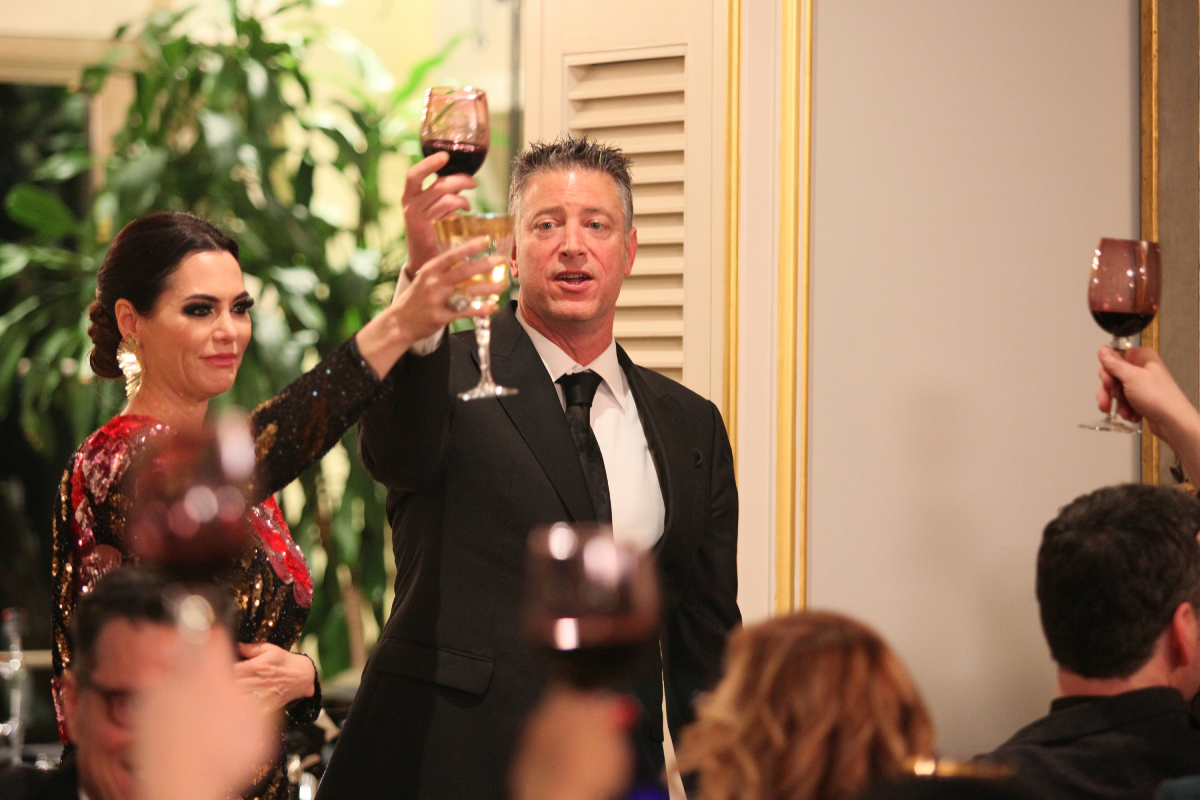 During D’Andra’s first RHOD episode, she told fans that she and Jeremy come from very different backgrounds. She explained that Jeremy has two sons from a previous marriage — Koen and Keatin — and he’s a retired member of the military.

She also shared that Jeremy is a photojournalist, and they share a love of travel. D’Andra noted that she once designated their home to be “the United Nations” because “they both traveled to so many countries.”

The RHOD star couldn’t help but share how “hot” her husband is. According to Nikki Swift, D’Andra says that she often receives messages from fans telling her how hot they think Jeremy is, too.

“My husband is hot. He’s handsome in that rugged sort of way that every woman wants and everyone wants to sleep with,” D’Andra dished.

Before the RHOD audience met Jeremy, D’Andra says he “used to be in the spotlight” because of his career as a military photographer. She noted that this has prepared him for life as a Real Housewives husband.

“He’s been a really famous photojournalist and had a lot of criticism because he won the military photographer of the year seven times,” D’Andra noted.

Jeremy Lock had no desire to be on reality TV

D’Andra admits that her husband never had any desire to be on reality TV. However, she says he is “enjoying it” for her. His true passion is military photography, and he served as a master Sergeant Combat Photojournalist during his 22 years in the United States Air Force.

“The images that I was processing and printing, the president was seeing, special forces were seeing, battlefield commanders were seeing, and even the Pentagon,” Jeremy explained during a 2018 interview. “It was all that kind of stuff that they were making their daily decisions off of…there was a big sense of self-pride in doing this kind of work.”

Jeremy photographed the US wars in both Iraq and Afghanistan and earned a Bronze Star. He retired from the military in 2013, but he still works as a photographer. In recent years, Jeremy’s work has been in The New York Times, The Washington Post, Time, and National Geographic.

The ‘Real Housewives’ star has denied that her husband is unfaithful

Fans will remember that after the RHOD season 3 reunion taping, LeeAnne’s husband accused Jeremy of cheating with a woman he called “pretty Jessica.” He did this to get back at D’Andra for accusing him of being unfaithful.

“When I got back to my hotel room after [the] reunion, Rich started sending nasty text messages to Jeremy,” D’Andra revealed in the season 4 premiere.

The Ultimate Living CEO then shared the texts, which read, “I’m going to tell D’Andra all about pretty Jessica. She’s everything D’Andra isn’t. I didn’t want to, bro, because I usually have discretion, but I will not tolerate the baseless B.S. that your wife is spewing about me!”

In the end, both LeeAnne and D’Andra denied that their spouses had cheated. And that was pretty much that. Both relationships survived the accusations, but any chance of the RHOD co-stars becoming friends again pretty much went out the window.

D’Andra Simmons and the ladies are back for season 5

The ladies of the Real Housewives of Dallas are finally back for season 5 after shooting amid the pandemic. Page Six reports that to keep up with all of the drama, D’Andra says that she’s been taking notes so she can remember what points she wants to get across when she’s shooting a scene.

“It’s really important if you’re not prepared when you’re going into doing a scene and you forget something and … you can’t go back,” she explained.

D’Andra admits that producers think she’s weird, but she finds herself in a catch-22. They like that she’s prepared, but they don’t want to take out the spontaneity.

“I always have to remember that just because I want this to happen, I want to get this point across, it may not be where it’s going to go. The scene may not go that way,” D’Andra added.

The Real Housewives of Dallas airs Tuesday nights on Bravo.