Rachel Riley, 34, is best known for being a presenter on Countdown, starring alongside several hosts over the past 11 years. The television personality also appeared on Strictly Come Dancing back in 2013 as her role on the Channel 4 quiz show launched her popularity. It was from taking part on the BBC dance show the former contestant met her husband, Pasha Kovalev, 40, with the pair welcoming their first child back in December. With so much on her plate, the mathematician has revealed whether she will be making an exit from her current role.

In 2009, Rachel took over as co-host of the popular afternoon puzzle show after former star Carol Vorderman, 59, announced her exit from the show.

The Oxford University graduate was introduced alongside new host at the time, Jeff Stelling, 65, but currently presents with former The Apprentice star, Nick Hewer, 76.

Whereas the latter oversees proceedings and asks the questions, his colleague is on hand to reveal the tiled letters available to form words before going on to explain the answers.

It wasn’t until after 26 years in the role did the former Strictly star’s predecessor decided to quit the programme.

However, it seems she is looking to challenge the current title as the mother-of-one has revealed her plans for the future and whether she will be stepping down. 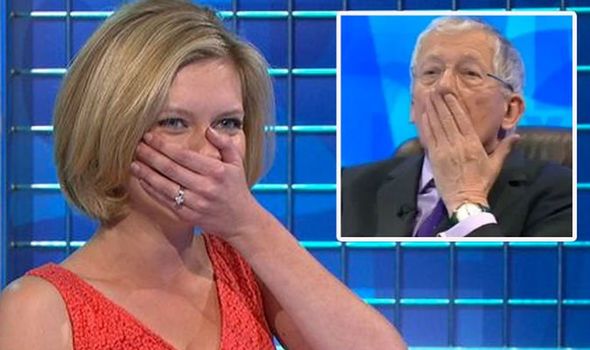 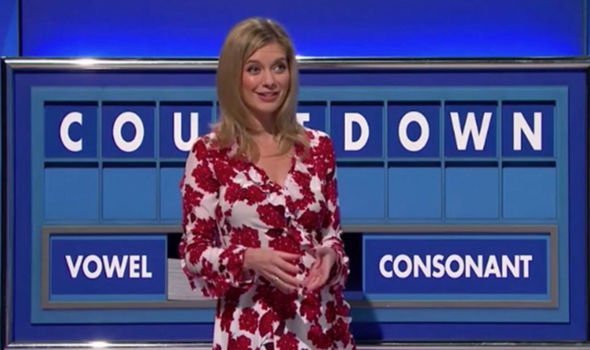 Speaking in an exclusive interview with Express.co.uk about staying on the programme, the Countdown presenter said: “Yeah I hope so, I love it, it’s been over 11 years now and I’m still really enjoying it.

“Love the team and really love the numbers game and there’s different contestants coming in all the time and different dictionary corner guests so it doesn’t feel like you’re working the same day over and over.

“It’s really good fun so as long as they’ll have me, you’ll have to carry me out of that place,” Rachel admitted.

With no chance of hanging up her shoes just yet, it seems fans will still be able to tune in and see the mathematician helping contestants when the show resumes production later this year. 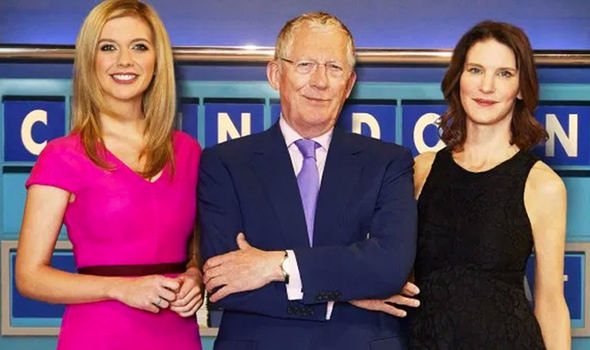 You’ll have to carry me out of that place

It was only last year Rachel celebrated a decade on Countdown and in doing so, she took to social media to mark the occasion.

Last January, the presenter collated a collage of pictures showing her standing next to the iconic letter board with some rude words spelled out.

Taking to Instagram and in view of her 479,000 followers, she wrote: “Gotta give the people what they want – 10 years of rude words for your enjoyment.

“Thanks for all the lovely messages today,” she added as fans of the show flooded her pages with congratulatory messages.

In light of the coronavirus pandemic, the Channel 4 puzzle show continued to film without a studio audience until the end of March.

Last month, the current serving host Nick spoke out about when filming would resume, with Rachel and Dictionary Corner presenter Susie Dent, 55, back at the helm.

Speaking on Good Morning Britain, the former Apprentice sat said: “Nothing will stop Countdown,” after the final pre-recorded episode aired at the beginning of May.

“We’re now running the 30th-anniversary competition, and hopefully we’ll be back in June. Hopefully, fingers crossed.”

There might have been fears Nick wouldn’t return alongside Rachel when filming resumes due to his age, putting him in the vulnerable category.

The former Strictly contestant’s co-star said: “I am slightly anxious about it, but the over 70s have seen it all and we are responsible people.

“I think you can trust those over 70s to be responsible, they know their vulnerability. I will go back [to Countdown] happily to the studio if not cautiously, I will keep my distance.”

Previous episodes are currently airing on Channel 4 for viewers to enjoy in the meantime.