The show was commissioned for a second series and brought to BBC Two earlier this year as five more groups try to win the £20,000 prize. Tonight’s episode will see new challenges await the contestants as they continue their race as one pair has spoken out on their time on the show so far.

The unique competition sees five pairs link-up to see who can make it to the desired location first.

However, there are of course restrictions that come with the show as they are unable to use their smartphones or the internet to help them out.

Last year’s series saw the groups had to make it from London to Singapore via any means possible – except by plane.

Series two saw the pairs set-off from Mexico City, tasked with making it to Ushuaia in Argentina as fast as possible with just £1,453 to spend. 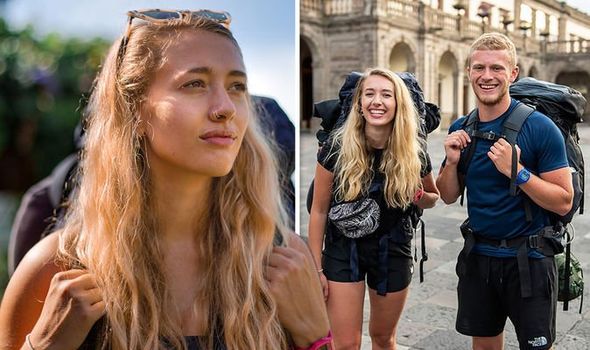 So far, BBC viewers have seen the teams have varied levels of success as they continue to try and make it to their location as quickly as possible.

Contestant Lizzie, who makes up half of one of the pairs with her brother Dom, spoke out about the experience so far.

The pair confessed previously they were on the show to help rebuild their relationship after drifting apart in their teens.

The Yorkshire duo only see each other a few times a year and wanted to use the experience to become closer once more.

Last weekend’s instalment saw the pair fail to secure tickets for the last bus out of Chile’s Atacama Desert, where viewers find them tonight.

Speaking to Metro.co.uk, Lizzie explained what viewers don’t get to see on the show: “You don’t get a second when you’re not panicking about the race or making decisions about the race.

“There’s a lot behind it you don’t see in the episodes,” she confessed.

Her brother noted: We were waking up earlier than 6am every day and when you’re not sleeping horizontally that takes its toll on you.

“And the waiting, we spent so much time waiting at bus stops. Obviously that’s not depicted on the show because it’s not interesting,” Dom added.

There’s much of the contestant’s downtime which is also not seen on-screen as Lizzie opened up on what the groups get up to in order to try and make the time speed-up.

Lizzie said: “Me, Jo and Jen would have a bit of a book club. I ended up reading eight books in five weeks and re-reading books. You just end up staring aimlessly out of windows so any distraction was amazing.

“Your downtime and your breaks were when you’re actually on the move, so we switched off for a bit but as soon as your feet are on the ground, it’s race mode – asking for directions, trying to find a hotel – so the transport was pretty much your rest.”

Tonight’s show will see the pair in more danger as they are faced with a new issue which sees them forced to spring into action.

They are soon alerted that civil unrest has escalated in Chile, which means they need to leave the country before the borders shut.

In a teaser clip for this evening’s show, Lizzie realises: “This is different to Ecuador, we’re actually in the country with civil unrest. We need to move ASAP.”

As the pair make a mad dash to escape, will they be okay and make it out in time?

Race Across The World continues tonight at 8pm