Drew and Jonathan Scott have come under fire for their hit HGTV show, Property Brothers. Most fans love watching the twin brothers helping homeowners find and then renovate their dream properties. But critics say the series portrays an unrealistic portrait of the homebuying process.

It’s true that you can’t believe everything you see on HGTV. Renovation reality shows are usually deceptive even though they are entertaining. The Scott brothers even admitted that they don’t do the bulk of the renovation work themselves. 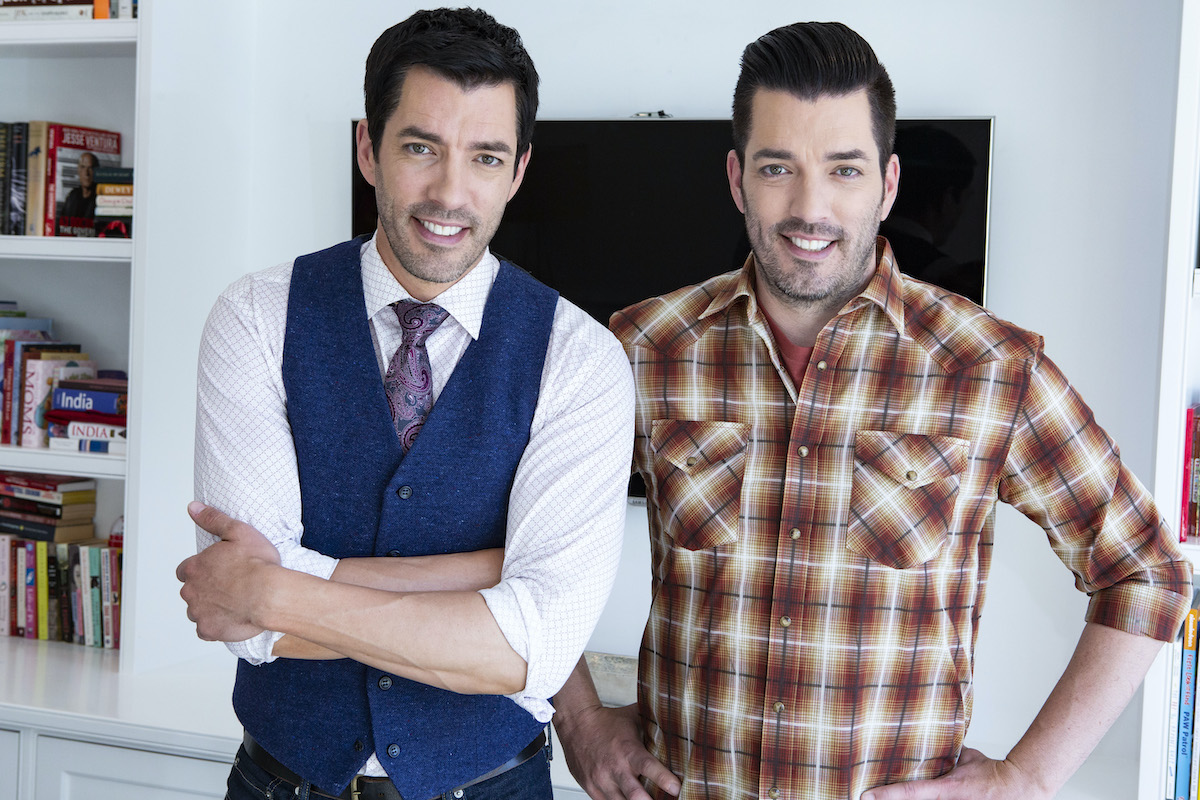 Most shows on HGTV, even ones that feature people buying houses, require participants to be under contract before coming on the show. That’s because it would take way too long to show buyers seeking properties from the beginning of the process. A series like House Hunters will “fake” home tours while show participants are already under contract on one of the homes.

Property Brothers follows this rule, too. Drew is the resident real estate expert and shows people several different options for housing. He helps them envision what the house could be with renovations. But really, the buyers already own or are in the process of buying one of the homes.

“[The show] doesn’t work well for people who haven’t even started searching,” Drew admitted, according to YourTango.

Jonathan Scott doesn’t do the renovation work himself

After Drew “helps” show participants find a home on Property Brothers, it’s time for Jonathan to work his magic and renovate the properties into something that feels like home. Homeowners intentionally purchase properties below their top budgets so they have enough money to turn those lackluster houses into something better.

The cameras make it look like Jonathan is on-site every day running the renovation and supervising all the decisions. However, in the Scott brothers’ memoir It Takes Two, the brothers admitted that was just a case of deceptive editing.

Property Brothers is like so many other renovation reality shows in that they use local subcontractors to do most of the work. On-screen talent is there to host the show but they don’t physically do the work most of the time.

Other deceptions on ‘Property Brothers’

These are far from the only fake moments on Property Brothers. While the big reveal at the end of each episode is usually dramatic and inspiring, it doesn’t show the full picture. Multiple sources confirm that the show only focuses on certain rooms, and that what viewers don’t see remains unrenovated.

Also, the drama is staged on the show to make arguments and issues seem more serious than they really are. Property Brothers is like other reality shows in that regard, playing up negativity to make everything seem more interesting.

But the one fake thing that persists on other HGTV shows is actually opposite on Property Brothers. While homeowners don’t get the keep the furniture on shows like Fixer Upper — at least not without paying a lot more — they are able to keep all the pieces featured on Property Brothers.