PIERS Morgan and his former arch nemesis Jeremy Clarkson have been reunited on screen after the pair taped an episode of Who Wants To Be A Millionaire together.

Presenter Jeremy, 60, and Good Morning Britain host Piers, 55, put their public feud, which began in 2004 after a punch-up at an awards ceremony, aside for the show. 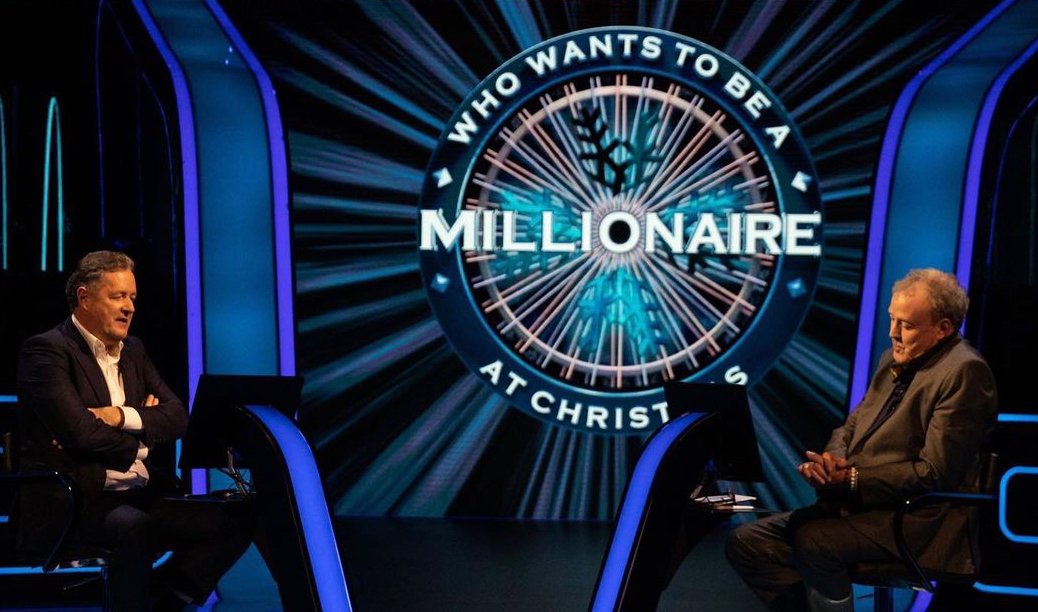 Piers took to Instagram to confirm his appearance on the ITV programme's Christmas special, and promised viewers they wouldn't be disappointed with the drama.

Alongside a snap of the pair across the iconic Who Wants To Be A Millionaire studio, and Piers holding his face in his hands, he wrote: "BREAKING. Yes, it happened.

"I've appeared on Celebrity Who Wants To Be A Millionaire, hosted by a man who once repeatedly punched me in the head.

"It airs on ITV on Boxing Day (appropriately) and it went… well…. let’s just say I don’t think the public will be disappointed." 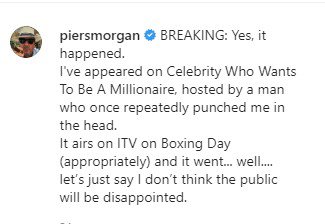 Piers is reported to have asked his GMB co-host Susanna Reid to be his phone-a-friend lifeline because of her history knowledge.

"Morgan and Clarkson squaring off on prime-time will be telly platinum," a source told The Sun. "Piers relying on Jeremy for an answer with Ask The Host will be hilarious viewing.

"Piers has asked Susanna, a history buff, and Joan Collins, who has a wealth of general knowledge, to be Phone A Friends. But execs hope Donald [Trump] might also get a call."

Before the episode, the pair have previously been at each other's throats at every given opportunity, getting into arguments over social media. 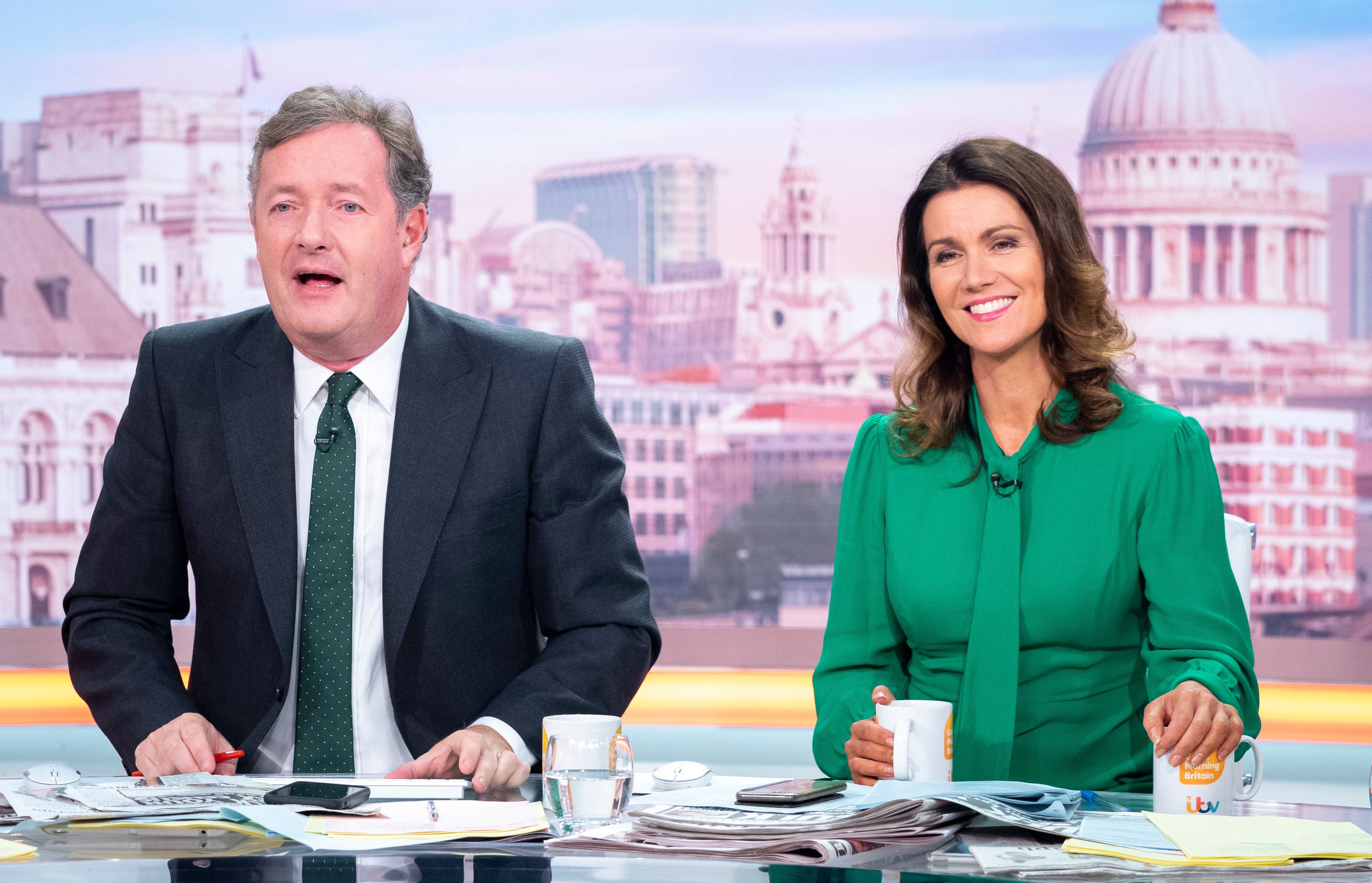 It all started when Piers published pictures of Clarkson getting up close and personal with a female colleague, despite Jeremy denying any wrongdoing.

Four years on, Clarkson punched Morgan in the head at the British Press Awards in London, leaving Piers with a scar on his forehead and Jeremy with a broken finger.

The pair decided to end their feud over a drink at a local pub in Kensington, West London in 2014.

Piers described their meet-up as tense, and told the Mail on Sunday: "For the first half an hour, it was excruciatingly awkward.

"When you’ve spent a decade publicly abusing, denigrating and brawling with someone, it’s quite hard to hit the STOP button and pretend like nothing’s happened.

"We’re never going to be best friends, obviously. Too much blood, literally, has been spilled."

Piers will be raising funds for bereaved children's military charity Scotty's Little Soldiers during his appearance on Who Wants To Be A Millionaire.

The charity was founded in 2010 by war widow Nikki Scott after her husband, Corporal Lee Scott, was killed in Afghanistan.