Good Morning Britain host Piers Morgan jumped headfirst into the debate this morning as the ongoing COVID-19 discussion continued. While the government has now announced the track-and-trace system, and how it will work, Piers gave some concerns of his known to his colleagues.

Speaking to Susanna Reid and Dr Hilary Jones, Piers laid out how the system ought to work.

While people who have been confirmed to have coronavirus will detail their locations in order to “track and trace” the infection, Piers pointed out people may abuse it.

He suggested people could use the app to wrongly announce that public figures – such as himself – were infected.

Speaking to his colleagues this morning, he announced: “What is to stop someone calling in simply to get me off (the) air for two weeks? 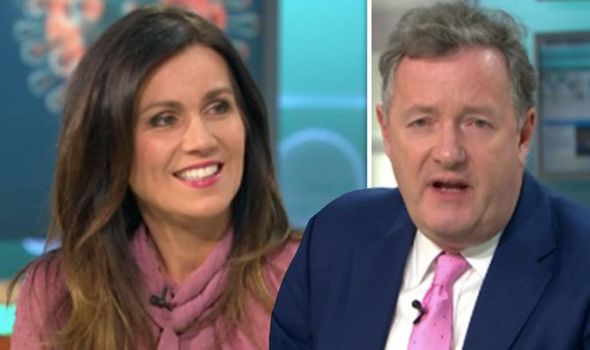 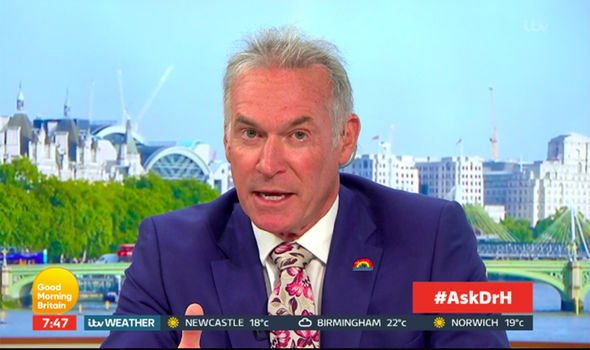 “I’m serious. What is to stop someone calling in and saying: ‘I was sat next to Piers in a cafe?’

“Or: ‘I was sunbathing next to him a park and he definitely has it?'”

While Piers made a good argument, Dr Hilary was eager to ease his qualms.

The GP replied: “Well they can verify with you if you have it.” 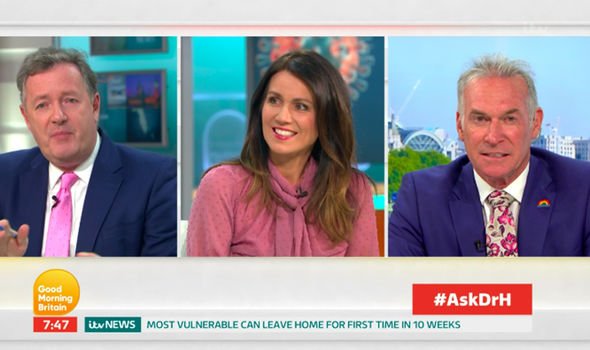 Piers continued by discussing the apparently false number of tests being carried out.

He continued: “We have no idea as a country how many people have been tested it is a shambles.

“NHS England were counting two swabs, one in the mouth and another in the nose as two tests but it’s only one person.

“Surely that isn’t two different tests, that is one. It’s a scam.”

Later in the episode, Piers gave some of his fears about having the coronavirus.

During a debate about hayfever, Piers confessed he has been a little “breathless” during the show.

He said: “I’ve never had hayfever like this. And even now, I’m very breathless.”

Susanna was a little alarmed by this, as she asked: “Do we need to worry?”

However, Piers went on to confirm: “Well, no.

“I’m spending a lot more time walking through my local park – I’m doing it every day.

“So I’m probably exposing myself to a lot more pollen than I normally would.”