PHILLIP Schofield has been left red-faced after seeing himself on TV wearing a "hideous" shirt chosen by his costume designer.

The presenter was left shocked when he realised what his outfit looked like on Five Gold Rings – and jokingly called out ITV's costume designer. 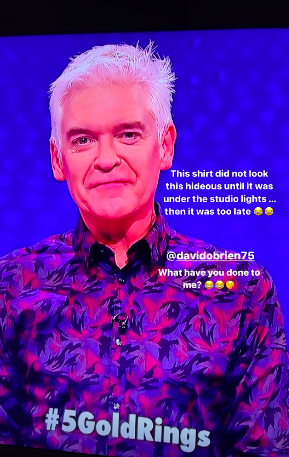 "Hahaha @DAVIDOBRIEN75 .. it’s THAT shirt!!," Phil wrote to his 4.5million followers on Twitter.

"We had no idea how shiny it was until we saw the show promo!!! I hate it."

David O'Brien replied: "Omg! @schristieofe that bloody shirt…it didn't and doesn't look like that in the flesh. 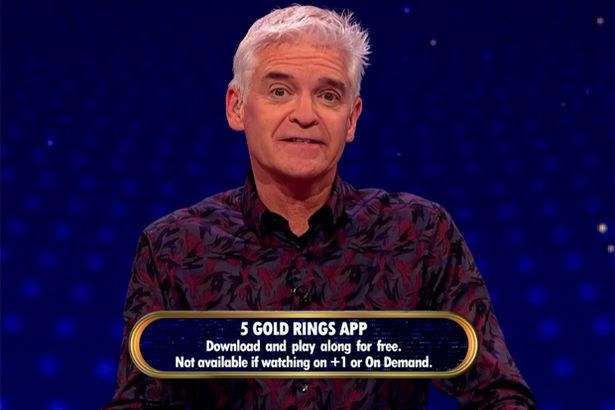 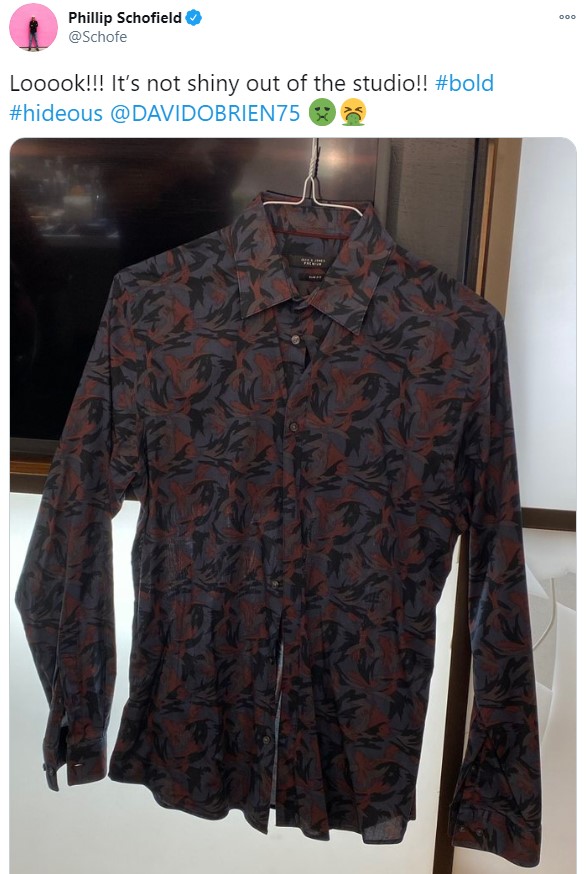 Phil wrote back: "If only we’d recorded the show in the fecking dark."

Phil continues his reign as one of ITV's most-loved presenters by hosting the game show on Sunday nights.

The format sees two teams go head to head over five rounds with the chance to bag a £25,000 cash prize 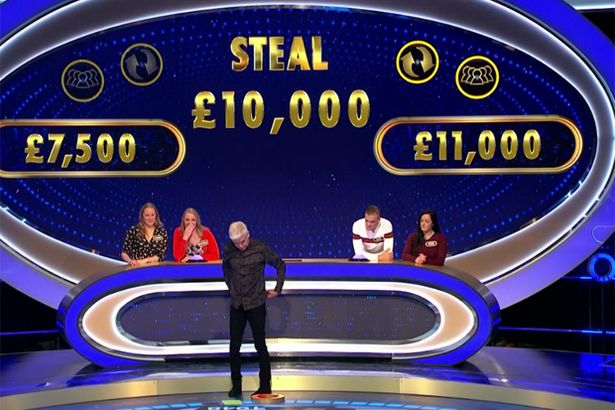 The host also presents The Cube – a game of strategy that involved the contestants solving puzzles and completing tasks in order to win the cash prize.

And in the week he can be seen fronting This Morning from Monday to Thursday alongside Holly Willoughby.