The Peabody Awards Board of Jurors announced this year’s crop of nominees today, earmarking 60 stories from the nearly 1,300 entries for distinction. With an eye towards empowerment, the organization celebrates the finest in broadcasting and digital media, including television, radio/podcasts, and the web, in entertainment, news, documentary, children’s and public service programming.

TV series nominees (which aired in 2019) include Emmy hopefuls, both old and new, with HBO’s “Chernobyl” (10 Emmy wins) and Amazon Prime Video’s “Fleabag,” (six Emmy wins) both getting nods, and HBO’s “Watchmen” and “Succession,” along with Netflix’s “Unbelievable,” also getting mentions. For the most part, the organization is celebrating lots of new blood, with Netflix’s “Stranger Things” the only repeat nominee. (The series was previously nominated for a Peabody Award for its first season, but did not win.)

PBS dominated Wednesday’s nominees with 11, including six specifically for its “POV” documentary series. HBO followed with seven noms, followed by Netflix with five, Prime Video with three, and Showtime, CNN, NBC News, and the podcast company Pineapple Street Studios with two nominations each.

Streaming newcomers Apple TV+ (“Dickinson”) and Disney+ (“Float”) each scored a single Peabody Award nomination in their first year of competition. The latter’s “Float” joins an exclusive club of animated shorts recognized by the organization. Previously Peabody honored “Cartoon-A-Torial” (1978) a series of animated editorial cartoons syndicated in local news, as well as “A Room Nearby” (2005).

“Peabody is proud to champion this year’s nominees who inspire our connection, provoke our thinking and delight our senses,” Executive Director of Peabody Jeffrey P. Jones said in a statement.  “From the communal strength of black women to the eminence of science to the conviction of those who speak up, these stories and their creators celebrate the diversity of human experience and of our democracy.”

“Amidst the challenges of our present moment, we can find empathy, entertainment and truth in these nominees,” Jones continued.

The announcement of Peabody nominees typically arrives in April, with winners shared in May, but limitations sparked by the coronavirus — Peabody juror deliberations typically take place in a face-to-face capacity, an option all but obliterated during the public health crisis — have delayed proceedings. In March, the group announced that its awards ceremony, originally scheduled for June 18, had been indefinitely postponed. The development was likely a painful blow to the organization, having announced in January its plans to move its celebration to Los Angeles for the first time in its history.

Peabody has yet to announce its intentions regarding the future of this year’s ceremony, mentioning only that the 30 winners would be announced at a later date. The full list of nominees below:

“POV: The Silence of Others” (PBS)

“The Edge of Democracy” (Netflix) 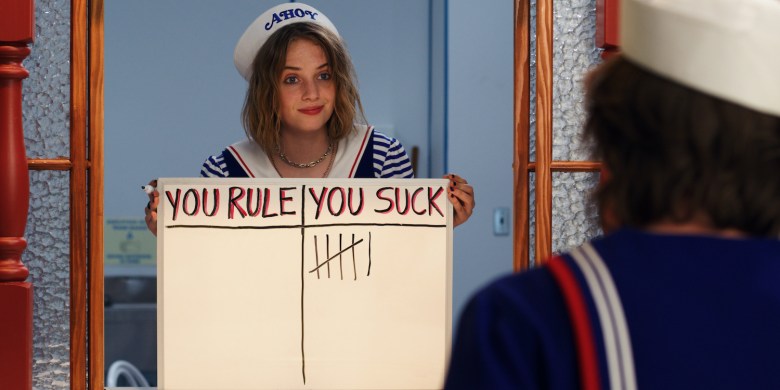 “When They See Us” (Netflix)

“Real Sports with Bryant Gumbel: Raced to Death — The Plight of the American Thoroughbred” (HBO)

“In The Dark: The Path Home” (APM Reports)

“Detained” (The Marshall Project in partnership with The Guardian)