Wendy Byrde (played by Laura Linney) has gone on quite the journey over three seasons of Ozark so far. Netflix viewers have watched as Wendy has gone from the passive wife of Marty Byrde (Jason Bateman) to an integral cog in the pair’s money-laundering operation for the Navarro Cartel. Linney’s portrayal of Wendy has in no doubt contributed to show’s global success as well as earning the actor an Emmy nod of her own, but now she’s hinted she may be open to a different role on the series.

Linney has starred opposite Golden Globe-nominee Jason Bateman in every episode of Ozark since the pilot.

As Wendy and Marty, the two’s chemistry on-screen has helped grip viewers for 30 episodes and will continue to do so should the series be renewed by Netflix.

However, Bateman has also ventured into slightly different roles on the show, stepping behind the camera to direct over half a dozen episodes over Ozark’s three-season run.

His role as director is what led to him quizzing Linney about recently to see if she too would be open to the career change. 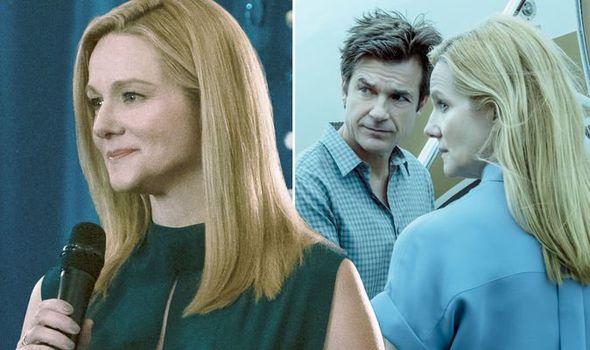 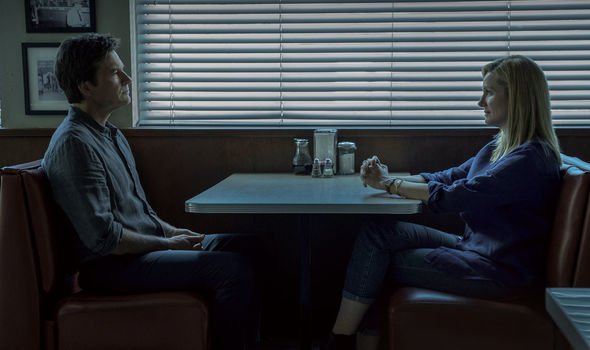 Speaking in a one-to-one interview via Netflix and FySee TV, Bateman asked his co-lead: “Now you have been on sets as long as I have -“

Linney quickly interjected: “Oh no I have not!”

Bateman was quick to praise his co-star after his mistake as he continued: “Well, your set knowledge, your process knowledge is, (it) far exceeds many directors that I’ve worked with,

“And that would lend great guidance to a crew or to a cast.” 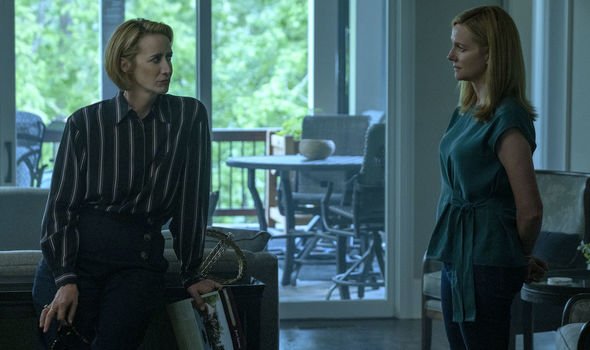 Bateman then asked: “Do you have any desire to share that and help people’s days go smoothly than perhaps a different leader?”

Keen not to agree to it off the bat, Linney responded: “You have been so sweet trying to push me in that direction (laughs).

“You have been so sure about that and I’m deeply appreciative and I’ll never say never.”

However, Linney did have a caveat for her answer which means fans may not see her direct anytime soon.

“The amount of brain circuitry that splays out to a million different people, and I don’t if I’d be good at that.

“And then there are some things that I just still don’t quite understand.”

Linney added: “Until I feel a little more secure in that I wouldn’t want to put anyone in the position where they watch me fumble around and try and work things out.

“I guess that’s part of it when you try and do anything is you’re learning on your feet.

“So never say never and you’re a sweetheart for nudging me there.”

With Bateman clearly having faith in his co-star, could Linney be directing should season four roll around?

Ozark is available to stream on Netflix now.