Ozark fans are eagerly awaiting the fourth and final season of the show. The hit crime drama left off on such a dramatic note that many believe the Byrdes are headed to either death or life imprisonment. But when does Ozark Season 4 actually come out? Find everything we know — from the release window to plot lines — here. 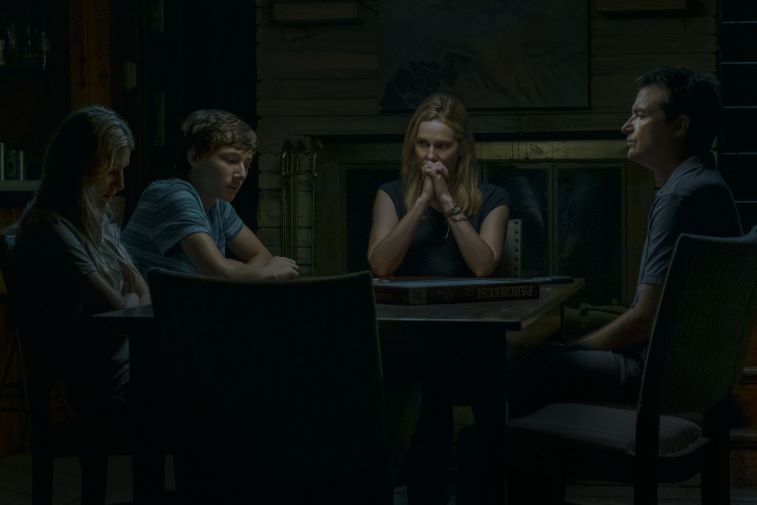 ‘Ozark’ is a top Netflix show

Starring Jason Bateman, Ozark is a thrilling drama that focuses on Marty Byrde and his dealings in the drug industry. He escaped a money-laundering operation in Chicago in season one, only to be forced into a larger one in the Ozarks region of Missouri later on.

Marty begins to build an empire along with his wife and children, with the ultimate goal of making a certain amount of money to pay his debts and leaving the business behind. But as they say, once you’re in, you’re in for life.

Ozark premiered on Netflix in 2017 and became an instant hit, earning positive marks for its characters, writing, and tone. Since then, it has released two more seasons, with the third season airing earlier in 2020.

What to expect in the fourth and final season of ‘Ozark’

At this point, Marty is deeper in the drug game than ever. Making matters worse, he’s on the outs with Ruth Langmore, his right-hand, for setting up Ben’s murder. Now, Ruth is partnered up with Darlene Snell, who is determined to reclaim her space in the industry, setting the stage for a power struggle between the Snell family and the Byrdes.

“Marty and the Byrdes kind of took over [Ruth’s intuition] and she stopped listening to that, and [in] Season 3, she made the mistake again [of] not listening to her gut [and] doing all this stuff for the Byrdes, and she’s done with it,” actor Julia Garner (Ruth) previously told IndieWire.

Meanwhile, more characters will be brought into the Ozark world, including a private investigator who “won’t rest until he unravels the truth” and a sheriff “who refuses to play on anyone’s terms but her own,” among others (via Entertainment Weekly).

Does this mean the past is finally about to catch up to the Byrdes? Possibly, according to o showrunner Chris Mundy. “I think [season 4] will be about if the Byrdes can they turn the biggest mistake of their lives into this huge advantage, and how much will karma catch up with them if they do?” Mundy told Entertainment Weekly.

Meanwhile, Bateman told IndieWire he already knows how the show ends. “[Mundy and I] had some great conversations about that, and he’s got really good ideas about that. Specifically, what kind of happens at the end of the last episode: I know, and it’s great,” he said.

So when does ‘Ozark’ Season 4 come out?

Usually, Ozark releases a new season every year, with the exception of season 3, which came out about a year and a half after its predecessor. But because of the coronavirus (COVID-19) pandemic, which has caused production delays on dozens of shows and movies, it’s hard to tell when Ozark Season 4 will drop.

Bateman previously told IndieWire about plans to begin shooting season four on Nov. 9. “Everything is moving well toward that, and we’re very confident in the guidelines and protocols we’re going to be following. We’ve got tons of consultants, [and] we’re learning a lot from other productions,” he said.

He didn’t reveal a release date but, as long as there are no production issues, we could likely get new episodes by the end of 2021 or the first half of 2022. Until then, feel free to revisit or catch up on old episodes of Ozark on Netflix now.