In all three seasons of Ozark so far, fans have witnessed the rather dysfunctional and criminal ways of the Byrde family play at the forefront of the Netflix drama. And while Marty (played by Jason Bateman) and wife Wendy Byrde (Laura Linney) are the ones pulling the strings, their children Jonah (Skylar Gaertner) and Charlotte (Sofia Hublitz) have grown wise to the dangerous lifestyle they’ve been plunged into, teeing up an intriguing fourth and final run on Netflix.

Heading into Ozark season four, the Byrdes face arguably their biggest and fiercest opposition so far.

Despite seemingly having the full backing of murderous cartel leader Omar Navarro (Felix Solis) thanks to his brutal execution of scheming lawyer Helen Pierce (Janet McTeer), back in the Ozark’s things are far from friendly.

A disgruntled Ruth Langmore (Julia Garner), who has been under Marty’s wing for years, has finally reached breaking point for the part the Byrdes played in boyfriend Ben Davis’ (Tom Pelphrey) death.

And she hasn’t merely cut ties with the husband and wife money laundering duo, but has teamed up with local drug queenpin and fierce rival Darlene Snell (Lisa Emery). 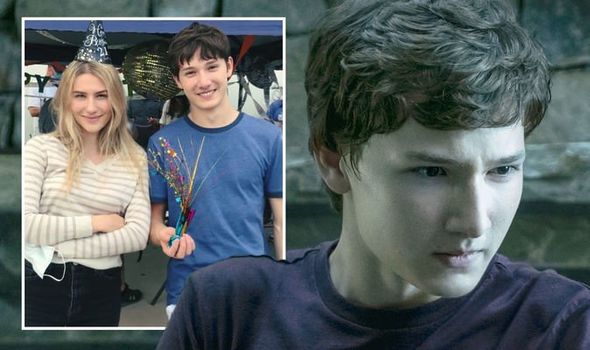 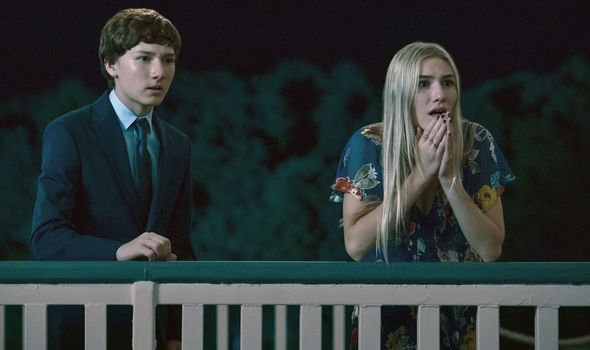 Darlene now has one of the Byrdes’ most trusted confidantes in recent seasons by her side as well as the backing of the Kansas City Mob.

The KC Mob also broke off from working with Marty and Wendy thanks to months of mixed messages and member Frank Cosgrove Jr’s (Joseph Sikora) earlier attack on Ruth.

So with local enemies rallying against the Byrdes, Marty and Wendy will undoubtedly want Charlotte and Jonah’s full backing.

But Jonah also appears to be teetering on breaking point as, similar to Ruth, he was left distraught to discover his parents’ part in uncle Ben’s demise. 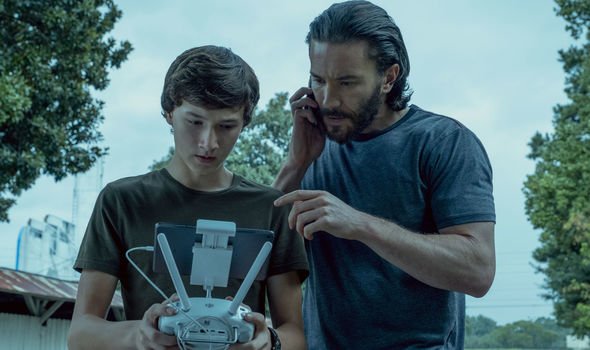 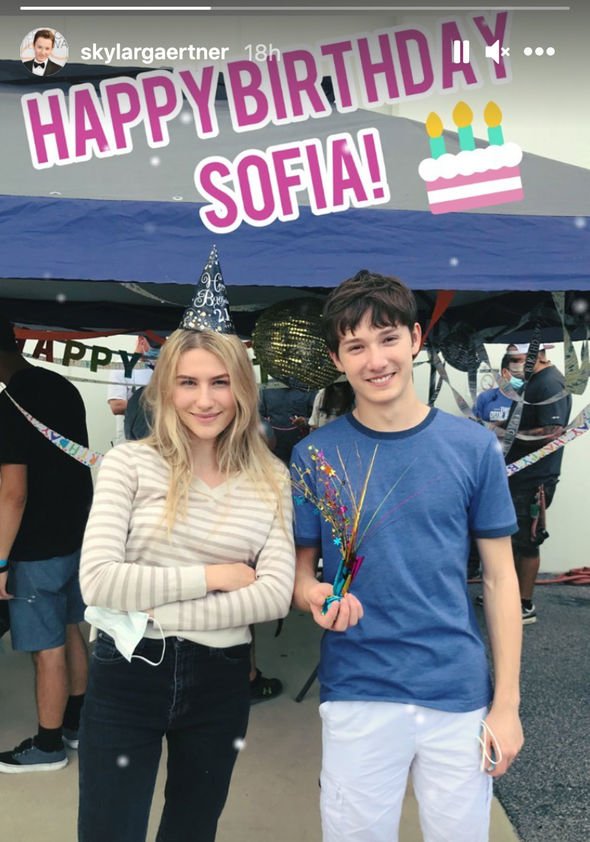 The last Netflix viewers of Jonah, he was firing a rifle aimlessly around the family home in a fit of anger.

But will it mean he finally cuts off from his parents for good, adding to their long list of enemies in their home town?

Fans will have to wait until season four to drop to find out for sure but in the meantime, actor Gaertner has been giving fans a peek at the goings-on behind the scenes.

And in his latest update posted to his Instagram page, the Ozark star reunited with his on-screen sister, Hublitz.

Celebrating his co-star’s birthday from the set of filming, Gaertner and Hublitz stopped for a smiley selfie.

“Happy birthday Sofia!” Gaertner captured the snap alongside his co-star.

Unfortunately, there were no clues from the snap to suggest what may be in store for the Byrde children in the final series.

However, it isn’t the first time Gaertner has given fans a glimpse behind the scenes, sharing a clip from his own birthday celebrations with his cast and crew mates last month.

To mark his 18th birthday, Gaertner shared with his followers the surprise party his colleagues threw for him, complete with cake, confetti and a piñata.

“Thanks Ozark family for making my Birthday so awesome! You’re the best! #bestcrew #ozarknetflix #birthday #jonah #may7,” he captioned the post to his 26.6k followers.

But will Jonah and Charlotte have reason to celebrate in the fourth season of Ozark? Or will the two find themselves in danger like so many characters before them?

Ozark seasons 1-3 are available to stream on Netflix now.