Outlander is both a hugely successful series of novels as well as a popular television show, which spans the lives of Claire and Jamie Fraser. However, ever since Jamie’s ghost made a shock appearance in the first novel, fans have been desperate to know how he was able to travel to the 1940s. Express.co.uk exclusively spoke to author Diana Gabaldon to find out more.

Fans of Outlander will know one of the biggest mysteries of the books and television series occurs right at the beginning.

In the premiere of the show, viewers will remember how a mysterious figure watched Claire Fraser (played by Caitriona Balfe) through her window in the 1940s.

When Claire and her husband Frank Randall (Tobias Menzies) are holidaying in Inverness, Frank happens upon the man watching his wife through a window.

Although, when he goes to confront him, the mysterious figure disappears into thin air. 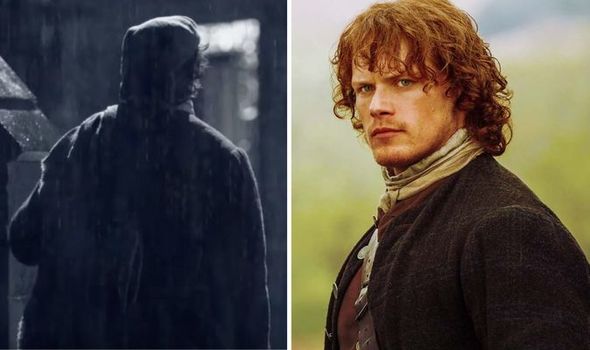 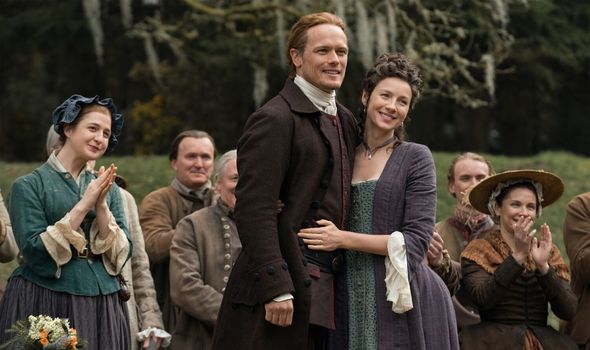 The scene has always left fans wondering whether this was Jamie’s ghost watching Claire or if he somehow managed to travel to the future.

As well as this, back in 2014, Gabaldon confirmed this version of Jamie is only 25-years-old when she was a guest on the Outlander Podcast.

Now, in a recent interview with Express.co.uk, Gabaldon has revealed how she plans to answer these questions in her books. 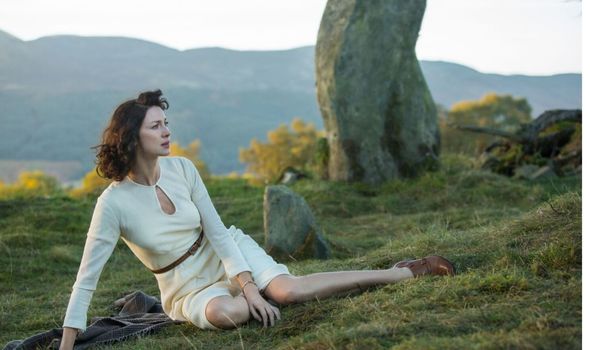 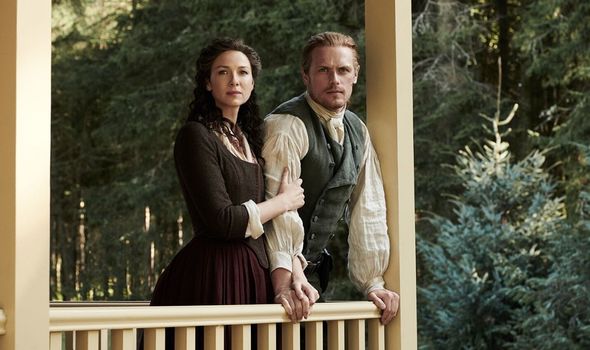 When speaking about the moment, she said: “It will be the last thing in the last book.”

Asked whether she thinks fans will be pleased about this, she continued: “Oh I think so.

“I expect to leave them in floods of tears but you know feeling happy nevertheless.”

This ambiguous answer could mean a large number of things for the beloved characters but at least it seems the mystery will finally be solved when the series comes to an end.

Gabaldon has also previously spoken about how she plans to end her Outlander series on the 10th book.

However, she admitted this is not quite set in stone as she has not started writing it yet.

She explained: “Well I won’t know until I actually get into book 10 and what I can fit into it, sometimes things overflow.

“I mean I wrote Outlander for practice intending that to be a single novel and look at it now.

“So you just don’t know until you’re in the midst of it. But at the moment that’s what it looks like to me.”

She is currently working on the seventh in the series, which is called Go Tell the Bees That I Am Gone.

This means fans will not have to wait too long to find out what the ending means for Claire and Jamie.

Speaking to Express.co.uk in February, she revealed she was almost finished working on the novel.

She said: “I’m very close to the end in fact. It’s a matter of weeks now rather than months, so I’m looking forward to that.

“But the work is very intense at this point in the book. It’s kind of like mainlining electricity with both hands and I know everything about this book, it’s just how long can I beat people off and let me sit at my computer and work.”

Outlander season 5 is currently airing on Starz and Amazon’s Prime Video. Go Tell the Bees That I Am Gone is expected to be released soon.