Outlander season 5, episode 10 saw Stephen Bonnet (played by Ed Speleers) finally killed in a dramatic stand-off. But as the death came much earlier than the books, some viewers have been wondering why exactly the star left the show. Here’s what he has revealed about his exit from the show.

The latest episode of Outlander saw a dramatic storyline brought forward once again as Bonnet was finally stopped in his tracks.

The villainous character has been causing havoc ever since he was first introduced, as well as being responsible for Brianna Fraser’s (Sophie Skelton) horrific rape.

This season fans have seen him on the warpath to take Brianna and Roger Mackenzie’s (Richard Rankin) son Jemmy as his own.

This all came to a head in episode 10 when he captured Brianna and Jemmy in a misguided plan to make them part of his family. 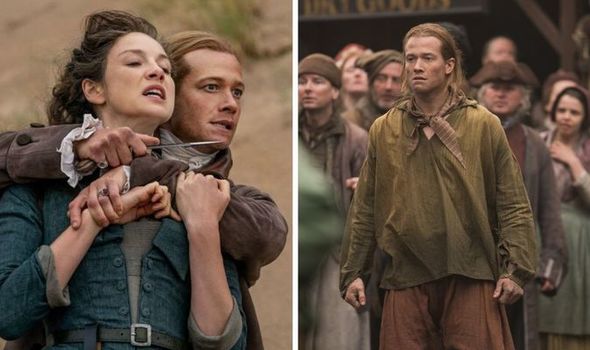 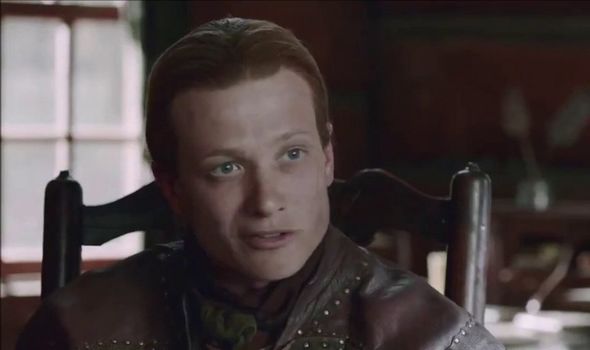 When he found out Brianna was only pretending to go along with the scheme, he tried to sell her to a ship captain before being stopped by Jamie Fraser (Sam Heughan), Claire Fraser (Caitriona Balfe), Roger and Young Ian (John Bell).

He was arrested and brought to Wilmington before being sentenced to death by drowning.

Taking pity on him in his final moments, Brianna shot him in the head as the waves began to swallow him to allow him a quicker death.

The death was particularly shocking because as fans of the books will know, this storyline originally happened in Diana Gabaldon’s sixth novel. 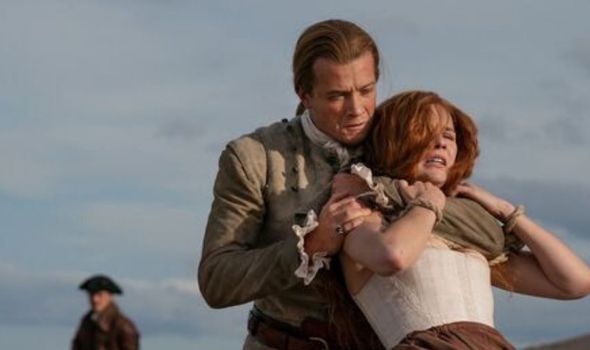 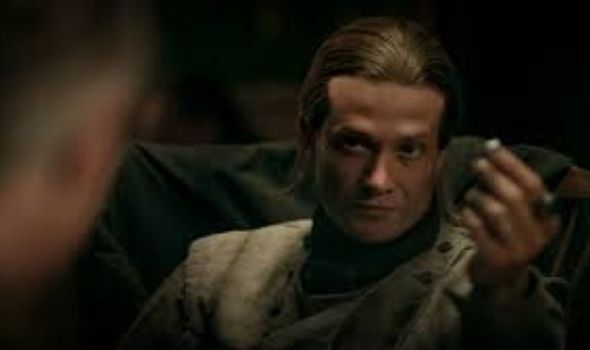 Now, it has been revealed the news was also a shock to its own star when Speleers found out.

He told Collider in a recent interview how he got the news from a producer when he was on holiday when he was asked to come in for a prosthetic fitting for a bullet hole.

He explained: “At first I thought, ‘This sounds [like] quite good fun. Where’s the bullet hole going to be? Is it going to be in my arm or leg? Graze my cheek – something exciting like that?’

“And it was right between the eyes, so I thought ‘Oh, that probably means I’m not going to get out of this one.’”

He went on to tell the publication about how he was not expecting to say goodbye to the character so early.

Speleers added: “I guess me being me, my first reaction I was taken aback to an extent because I felt that I wanted to do more.

“There was lots more I wanted to achieve with the role before he had his final goodbye.

“But also, I guess, from a writing point of view, there’s a lot of people to juggle.”

However, he went on to add how he knew his character was going to die at some point and agreed this was probably the right time for that.

He said: “I felt that this was probably the right time, but it maybe felt a bit premature to start with.

“I guess from a creative point of view, at least the exit strategy was well-written.

“I feel that the script for that final episode was a meaty one, was a good one in terms of the writing and so it was a good opportunity to maybe get the chance to say the things that he’d always wanted to say.”

In another interview with Town and Country magazine, the actor revealed how he was sad about not playing out more from the books but understood why.

Speleers said: “I was hurt by the idea of not being able to play the character any more and maybe not seeing how some of the stories happen in the book, but you also can see it for the greater good.

“And as long as the delivery, and what they do keep is on point—if you’re paying respect to the books, and keeping the truth there—then, I think that there has to be a bit of leeway from the people who admire these books and the TV show so much.”

Outlander season 5 airs on Starz on Sundays and Amazon’s Prime Video on Mondays.