Season five of Outlander featured its most explosive episode so far. The latest instalment called The Ballad of Roger Mac saw the Battle of Alamance play out as the British Crown crushed a small group of Regulators protesting government corruption. The Ballad of Roger Mac also saw hero Jamie Fraser (played by Sam Heughan) donning a Redcoat uniform.

Why did Jamie Fraser put on the Redcoat uniform?

Fans of the Starz show and Diana Gabaldon’s books know how significant the moment is given what the Redcoat uniform means to Jamie.

The Redcoat is synonymous with the sadistic Captain Jonathan “Black Jack” Randall (Tobias Menzies), who raped and tortured Jamie in season one.

Jamie loathed the infamous Redcoat, whose untold brutality was known across the lands.

Black Jack also left Jamie scarred for life after he inflicted another whipping upon him not long after a previous lashing. 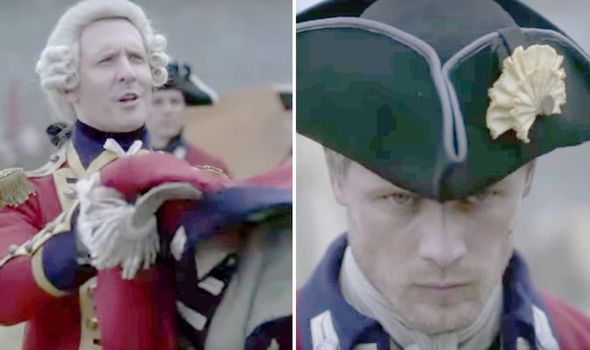 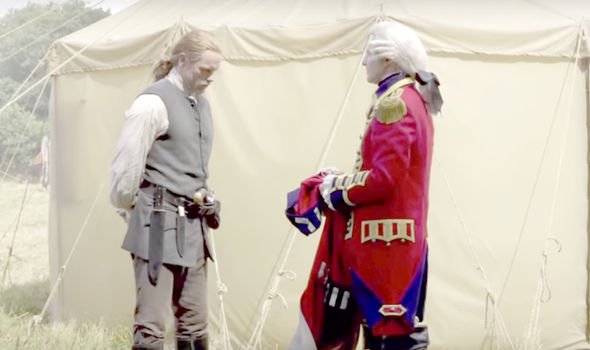 The uniform also represents the British and everything they took from Jamie and his family including Lallybroch.

Jamie was forced to give up his title of Laird Broch Tuarach and the estate of Lallybroch because of the British.

Redcoat soldiers previously intimidated and tortured his family and the jacket is a symbol of everything Jamie hated and tried to escape from.

However, Outlander brought the story full circle with Jamie being forced to wear the dreaded jacket as he fought for the British and fulfilled his oath to the crown, which had granted him the land for Fraser’s Ridge. 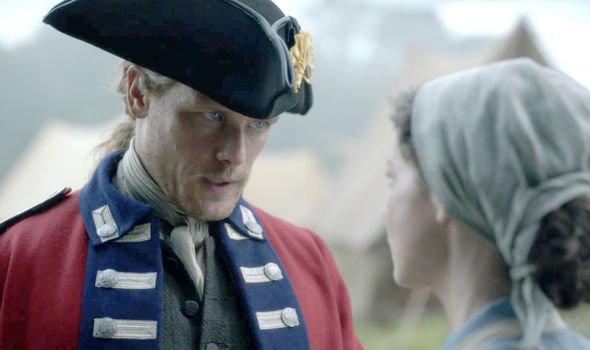 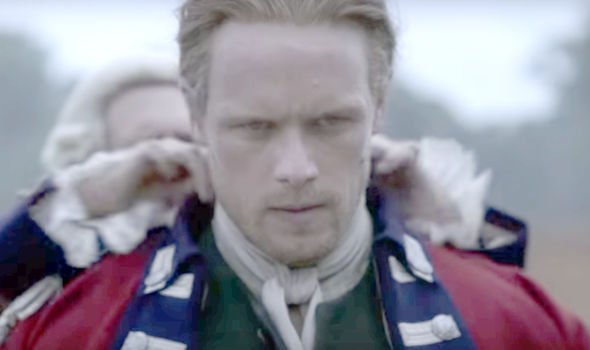 Speaking in a behind-the-scenes video, Outlander showrunner Matthew B. Roberts and executive producer Maril Davis opened-up about the scene, which seemed to cause some conflict when it was being written.

Davis said: “Another key thing in the episode is Jamie putting on the red coat. We had a lot of discussions. He would never put on a red coat and that’s not who Jamie is.”

Roberts explained: “There were a lot of feelings on the matter of would Jamie.

Davis said: “You get invested in these characters in a way that you just sometimes have tunnel vision in terms of storytelling and what characters you think would do and not do.

“Sometimes that minor adjustment of yes, Jamie being forced to putting it on as opposed to Jamie willingly putting it on.”

She added: “It’s a subtle difference but it means everything.”

There’s been much symbolism this season involving Jamie’s costumes.

Season five opened with Jamie finally wearing his old kilt, something he hasn’t done for many series.

Following the Jacobite Rising and the Battle of Culloden, tartan was outlawed and was a symbol of Scottish nationalism.

The British wanted to suppress any feelings or signs of Scottish independence, which included the national dress.

Jamie’s decision to wear his tartan again as he rallied the call to form his militia was a thought-through one.

Also, his wife Claire (Caitriona Balfe) was surprised but impressed to see him back in the tartan.