Marsali Fraser and her husband Fergus (played by César Domboy) are reported to have a big storyline in season six as the couple become a more integral part of the Starz series. They have settled on Fraser’s Ridge with her step-father Jamie (Sam Heughan) and his wife Claire (Caitriona Balfe) who Marsali is an apprentice to. However, things weren’t always harmonious between the foursome as Marsali once despised Claire. Reflecting on her first day on Outlander, which involved Marsali calling Claire a “whore,” Lauren has revealed she was “overwhelmed” and incredibly nervou

Fans will remember in season three when Claire returns to 18th Century Scotland to reunite with Jamie, she finds he has been living with Laoghaire MacKenzie (Nell Hudson).

Laoghaire has always loved Jamie and hoped they would marry so was heartbroken when he wed Claire to protect her from the English in season one.

It came as no surprise she was furious when she learned Claire had returned after a 20 year absence and Jamie had reunited with her.

She marched around to the Fraser home and demanded Jamie pay to help raise their children, which left Claire horrified. 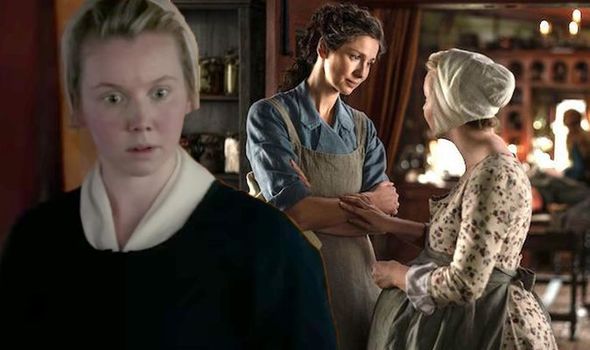 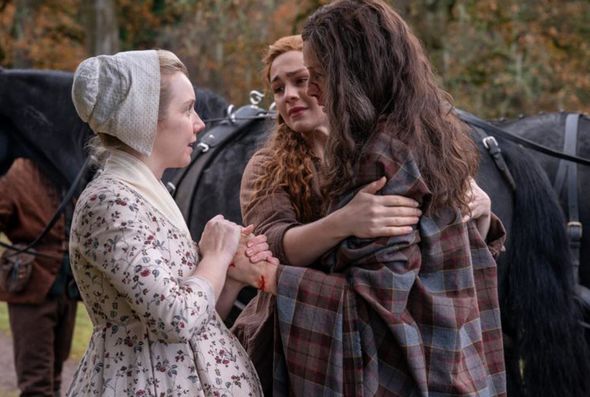 The time traveller believed Jamie had wed Laoghaire and they had two daughters but the highlander quickly clarified they were his step-children.

Despite not being the girls’ father, Jamie was incredible protective of them and has always acted like a dad to Marsali and her sister.

Due to Laoghaire’s jealousy of Claire, it was also no surprise her daughter Marsali believed the doctor was a witch.

The first time the two women come face-to-face in season three, Marsali unleashes her fury on Claire – something which actress Lauren was “terrified” to do. 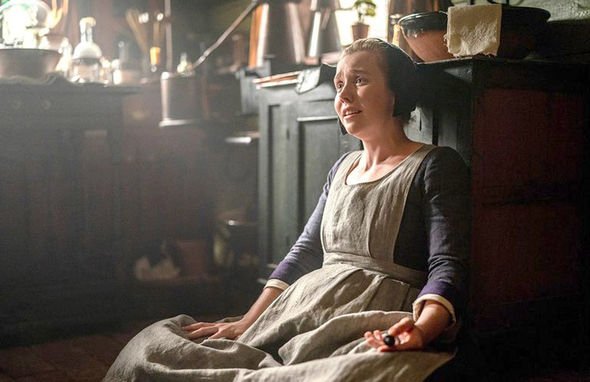 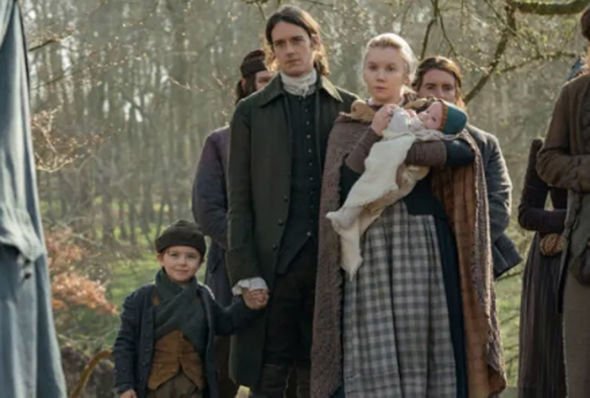 Speaking on podcast Outcasts, Lauren explained: “I remember my first day so clearly that I walked on set so excited by the costumes – I remember sending my agent videos of me getting my costume excited in my trailer – then I walked into the studios and it was pitch black.

“I just remember not being able to see and being so nervous, hadn’t really spoke to Cait or Sam and Nell Hudson was there, who played my mum at the time, and it was sort of her last time on Outlander and my beginning, and so I just stuck by her side the whole time.

“We had to do the first scene where we walked in and it was Jamie and Claire looking like they’re about to have sex and Nell, Laoghaire, walks in with her two children.

“Claire realises Jamie has been bringing up, and thinks Jamie’s had kids with Laoghaire, soon to realise he’s just been helping to bring up her other kids but we call him daddy.”

Lauren continued: “I just remember walking in and I then had to call Claire a “whore” at some point.

“I just thought, ‘Oh God, I’ve not even spoken to Cait and I’ve got to come and call her a whore. She’s this tall, beautiful woman who commands the show, this is terrifying and I don’t have a clue what I’m doing.’

“I just remember it being overwhelming to every degree, and it was so dark and big and I thought, ‘I’ve entered Hollywood.’”

However the nerves didn’t last for much longer as Lauren explained everyone made her “feel so welcome” from the start.

“Cait had a wee look up and down to make sure I was legit and then we all became friends and it was fine,” she recalled.

“But a very different experience. It’s nice to have a family of it.”