Time-traveller Roger Mackenzie (played by Richard Rankin) will play a huge role in the next season of Outlander. New episodes have recently been confirmed to be premiering on Starz in early 2022, and an exciting selection of first-look images have teased some key sequences from Diana Gabaldon’s original series.

Fan favourite character Roger Mackenzie could be up for a brand new role in the highly anticipated sixth season of Outlander.

The next instalment will hit Starz in early 2022, and will adapt Diana Gabaldon’s doorstopper sixth novel in the series, A Breath of Snow of Ashes.

Unfortunately, this year’s COVID-19 restrictions could mean season six will be a somewhat abridged screen interpretation, as the next outing will only consist of eight episodes.

Nevertheless, fans are by no means any less excited for Outlander’s return after nearly two years of waiting. 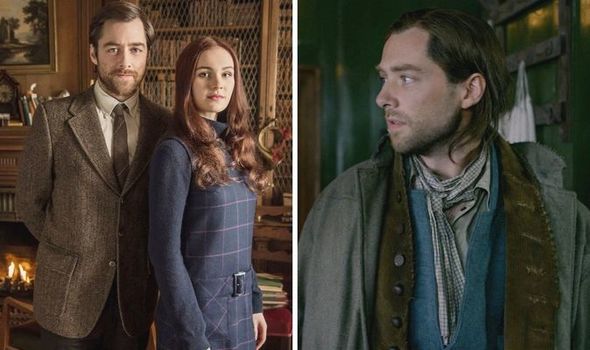 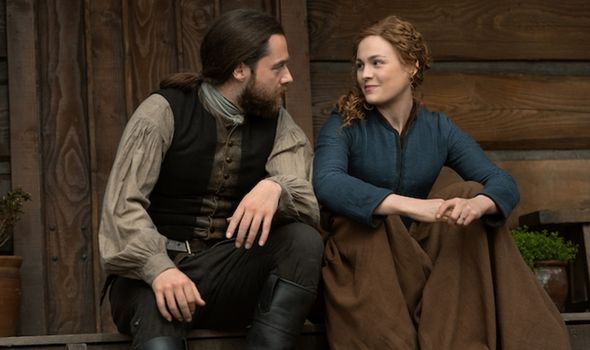 In the hiatus following last year’s dramatic season finale, viewers and readers alike have been speculating which parts of the books will come into play in the sixth instalment.

Fans of Gabaldon’s epic novels already know that Roger follows in his father’s footsteps and heads up the church in Fraser’s Ridge.

As Claire and Jamie’s son isn’t present in the congregation in this new picture, fans naturally assumed this will also be the case in the upcoming season. 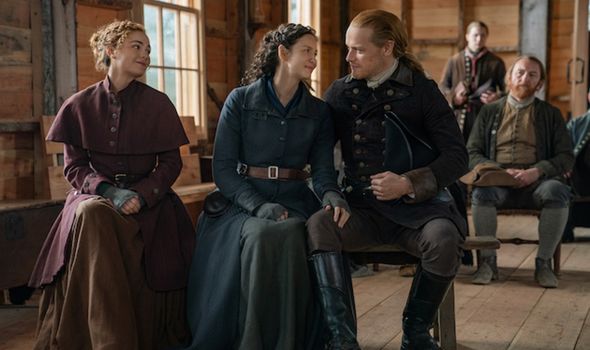 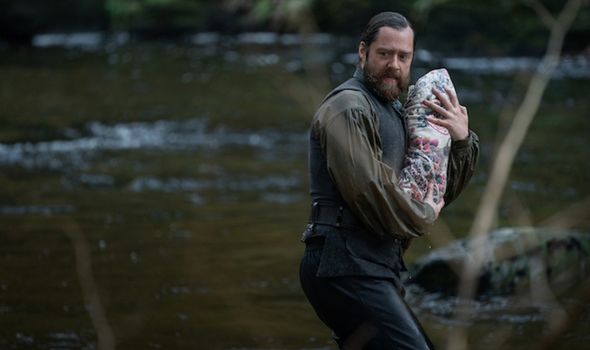 One eager fan commented on Reddit: “Ooo! Could the one promo photo of Brianna, Claire & Jamie sitting on a bench possibly be a church meeting?”

They then exclaimed: “Give me Reverend Roger! This makes me excited.”

Roger and his wife Bree took an unconventional route back to Fraser’s Ridge in the jaw-dropping moments of last year’s fifth season finale.

After deciding they wanted to return to their original home in the 1960s, the magical stones at Craigh Na Dun instead transported them right back to where they started.

Despite being knocked for six when they emerged on the other side, it seems they’ve now embraced their new lives in 18th Century America.

Already prominent members of the community, Roger will attempt to keep up morale as the Ridge is threatened on all sides by the turbulent Revolutionary period.

Roger also featured heavily in some additional images from the new season, which have teased yet another character-defining moment for the ex-historian.

Some fans quickly picked up on yet another turning point for Roger from the books, in which he rescues a baby born with dwarfism from a nearby stream.

Another Redditor noted: “The promotion photos though, Henri-Christian is here guys.”

To which a second replied: “I noticed that! I’m so glad… I really love that scene in the books, Roger going all mama-bear.”

Viewers may have been concerned Roger and Bree would try to make their way back to the present after their surprise turn in season five.

Thankfully, the first look stills from season six have proven Claire and Jamie’s growing Fraser Clan are here to stay, at least for the time being.

Outlander season 6 will premiere in early 2022 on Starz.