Season 5 of Outlander was more than action-packed. Many of the main characters had to fight for their lives or someone they care about during the new season. In the season finale, everyone on Fraser’s Ridge rallies around Jamie Fraser (Sam Heughan) to find his wife, Claire (Caitriona Balfe), who has been taken. Numerous people come to the aid of the Frasers and it’s an episode that some viewers found hard to watch.

Claire is abducted and Jamie has to get her back

In episode 11, Lionel Brown (Ned Dennehy) and his men abductClaire from her own home. She’s sexually assaulted and beaten and it washonestly extremely hard to watch. Jamie eventually rallies the men of Fraser’sRidge to go out and find Clairewith him, which they do. They kill almost everyone and miraculously Lionelsurvives. They choose to take him back for questioning, and when Marsali(Lauren Lyle) is left alone with him, she kills him with a shot of waterhemlock in the neck.

Fans were all over social media expressing how hard theepisode was to watch. Thankfully Claire was able to get out of there and she survivedit.

Sam Heughan weighs in on the season 5 finale 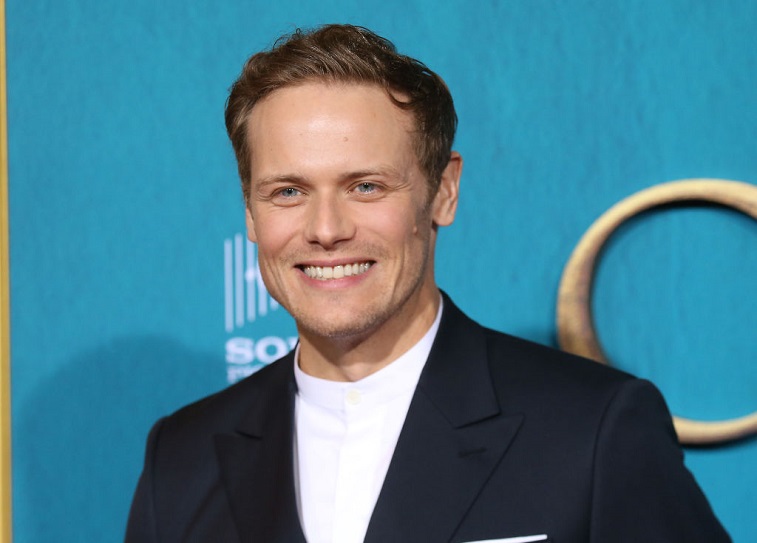 Sam Heughan, who plays Jamie Fraser, spoke with Elleabout the season 5 finale and the challenges it brought. He says “it was cool”to see Jamie turn “ruthless” over his need to protect his wife. You could seethe pain in his eyes when he finds his wife and sees what’s happened to her. Hewants to protect her and keep her safe.

“It was cool to see him turn into Red Jamie—just ruthless,” Heughansaid. “As soon as he goes for them and needs to protect Claire, there’s nothought involved anymore, it’s just sheer rage. Or cold anger.”

Heughan talks about the ‘disturbing and graphic’ episode

Heughan says they “were unsure about it” considering the natureof the episode and they wanted to keep things “truthful” in regards to thesituation. He praises Balfe’s work in the episode in particular.

“We were unsure about it,”Heughan continued. “It’s very disturbing and graphic and challenging, so wewanted to get it right. Caitriona should be very proud. She’s done some greatwork there.”

Jamie goes through some terrible trauma himself and they “didn’twant to do that” again with the season 5 finale. “We were all very aware of howgraphic the trauma Jamie goes though at the end of season 1 was,” Heughan continued.“We didn’t want to do that. In this day and age, we can’t do that anymore. Butwe didn’t want to lighten it by making it a fantasy of escapism or toocomfortable. It [had to be] off-kilter and not quite right.”

According to Heughan, they wanted the episode to be “honest” about the situation that Claire goes through. He believes the season 5 finale was the “strongest” one they’ve had so far.

“We knew we had something that was going to be quite powerful. This whole season has been strong and surprising for the viewers, and I think this finale is our strongest yet,” Heughan said.

Some viewers of Outlander found the finale of season5 difficult to watch. Claire returns to Fraser’s Ridge with hope for a bettertomorrow.