WARNING: This article contains major spoilers from Our Girl season 4

Elvis’ (played by Luke Pasqualino) return was the moment Our Girl fans have been waiting for all season, with the hopes Georgie Lane (Michelle Keegan) would be reunited with her deceased fiancé in the hour-long finale. As the episode unravelled this evening, BBC viewers were left of the edge of their seats as they finally discovered who Omar really was. However, fans up and down the country were left outraged when the departing character also uncovered how her beloved came to die.

Throughout the episode, Section 2 realised danger lay much closer to home than they originally thought, with betrayers entwined in their ranks.

After it was revealed soldier Poya (Nebras Jamali) was tasked with blowing up a local hospital and was subsequently killed, Georgie put the pieces of the puzzle together as to who her fiancé’s killer was.

On a convoy with Prof (Nico Mirallegro) and Rabee (Nabil Elouahabi), the medic quickly realised the latter was the real Omar after being tipped off by Dr Antonio (Josh Bowman) they had been blaming the wrong person over Elvis’ death.

Following a shoot out and finally given the chance to avenge the Captain’s demise, it dawned on the fan favourite she was never going to see the love of her life again as Rabee confessed he was the person who ordered the detonation of the bomb which killed her lover.

Fair to say, those watching the dramatic scenes unfold weren’t too impressed Elvis hadn’t made a return after being teased all season. 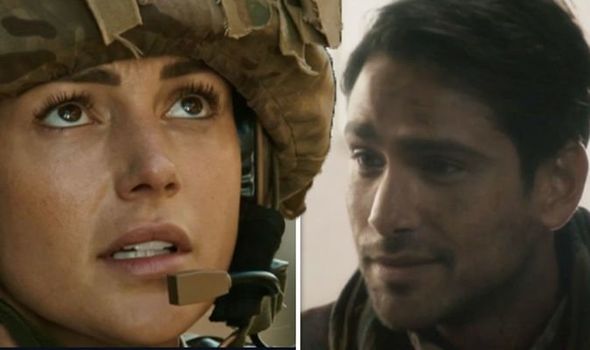 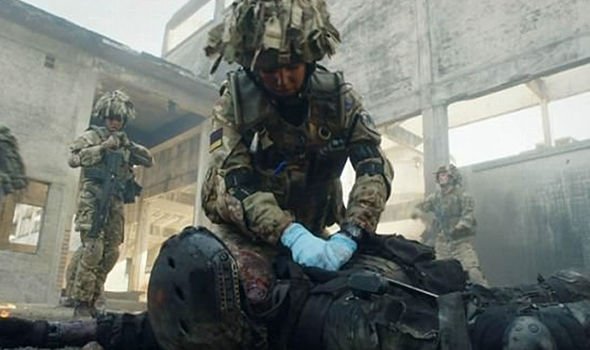 Taking to Twitter, one posted: “Can’t believe I let that myself believe that Elvis was still alive, can I sue for emotional investment? #OurGirl.”

Another added on the social media platform: “I’m fuming at the writers there the reasons we all thought Elvis was alive.. just nasty. I won’t get over this thanks guys #OurGirl.”

A third shared: “What a disappointing ending. Where was Elvis?! All the theories have upset me that they weren’t real #OurGirl.”

“Well #OurGirl was the biggest anticlimax of the year,” a fourth commented, with a fifth remarking: “I’m kinda upset about the ending #OurGirl.” 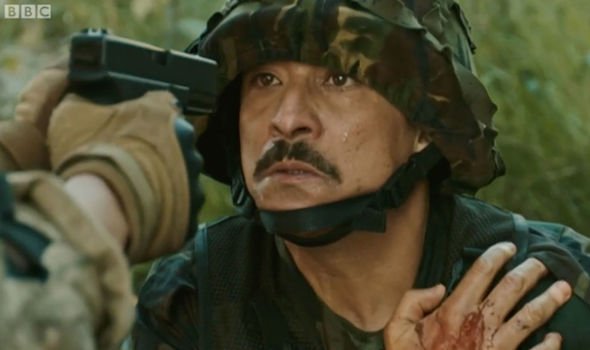 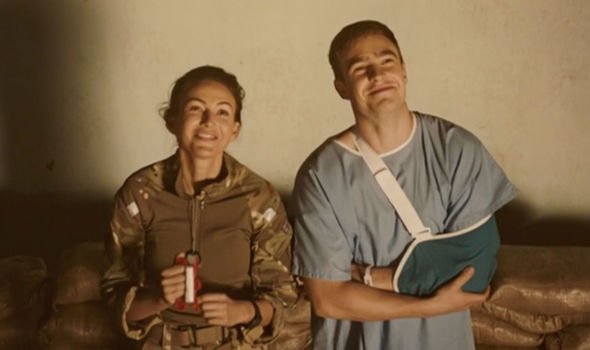 Biggest anticlimax of the year

All the main characters made it through the episode and so did Prof, despite being shot by Rabee – the real Omar.

Knowing the heartache Georgie would be going through about Elvis, the wounded soldier shared a moment with his colleague where he opened up to her about the loss of his grandmother.

After hearing her friend’s memory of how kites reminded him of his loved ones being in heaven, the medic took her engagement ring and tied it to a kite she had.

She then threw it into the air and watched the final part of Elvis flay away from her and towards the night sky.

“To see a world in a grain of sand and heaven in a wildflower, hold infinity in the palm of your hand and eternity in an hour,” Prof told his friend.

“Is that some clever way of you asking me out for a drink when we get back home?” Georgie asked as hints of a romance between the pair had been rife all season.

“Yeah,” he replied, to which the medic accepted his offer and fans were thrilled to see the beloved character finally accepting her fiancé was never coming back

One wrote on Twitter: “I’m so happy Georgie has finally found peace about Elvis’s death #OurGirl.”

These scenes bring an end to actress Michelle Keegan’s, 32, time on the BBC drama after taking on the role in 2016.

Speaking of her character’s exit, the former soap star told press, including Express.co.uk: “I’ve done four series and it was just me saying I want to explore other opportunities, that’s it.

“I love the show so much, this show has helped me grow into how I am now. These four years have made me grow more than any other show I’ve ever done in my life.”

It’s not yet been confirmed who will replace the departing star of the show, so viewers will have to keep their eyes peeled for future announcements.

Our Girl is now available to stream on BBC iPlayer.