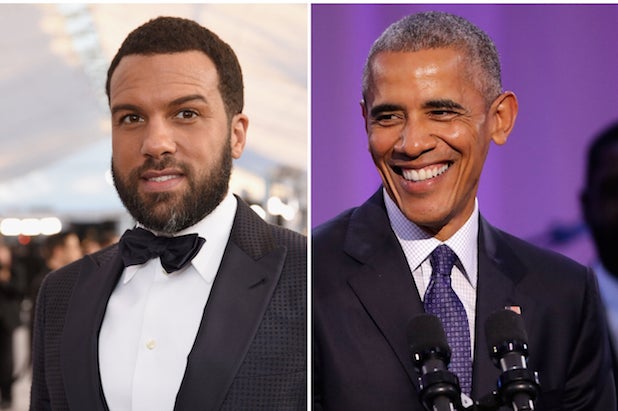 Showtime has found its Barack Obama for its upcoming anthology series, “The First Lady.” O-T Fagbenle will portray the 44th president.

Fagbenle, who is set to appear in Marvel Studios’ upcoming “Black Widow,” will star opposite Viola Davis, who will play Michelle Obama.

The anthology series is a reframing of American leadership, told through the lens of the women at the heart of the White House. Produced by Showtime and Lionsgate Television, the series is executive produced by Cathy Schulman, Viola Davis, Julius Tennon, Andrew Wang, Susanne Bier, Jeff Gaspin, Brad Kaplan and created by author Aaron Cooley, who will write several of the episodes and executive produce.

Obama was most recently portrayed by Kingsley Ben-Adir on another Showtime drama, “The Comey Rule,” which aired last year.

Barack Hussein Obama II served as the first African American of the United States from 2009 to 2017. A member of the Democratic Party, Barack married Michelle Robinson Obama in 1992 before he became an Illinois state senator in 2005. Barack and Michelle are the parents of Malia and Sasha Obama.