Henrietta ‘Hetty’ Lange (played by Linda Hunt) has been a mainstay in the NCIS: Los Angeles cast since the very beginning of the CBS series. However, in recent seasons, Hetty has been taking somewhat of a back seat, appearing in only a handful of episodes while the likes of Marty Deeks (Eric Christian Olsen) and Sam Hanna (LL Cool J) to take the reigns.

And her limited appearances isn’t something that’s gone unnoticed by fans who think it could lead to an exit for Hunt.

Even in season 11, the topic of replacing Hetty within the OSP (Office of Special Projects) became a talking point as she sought a replacement.

Add to the mix the fact Kensi Blye (Daniela Ruah) mentioned the topic of Hetty’s retirement in season 11, episodee 11, ‘Answers’, and the stage look set for the character to bow out.

However, there’s been no official word from Hunt or show bosses that Hunt is leaving the role and now Marty Deeks star Olsen has hinted she’ll play a big part in the upcoming 12th run. 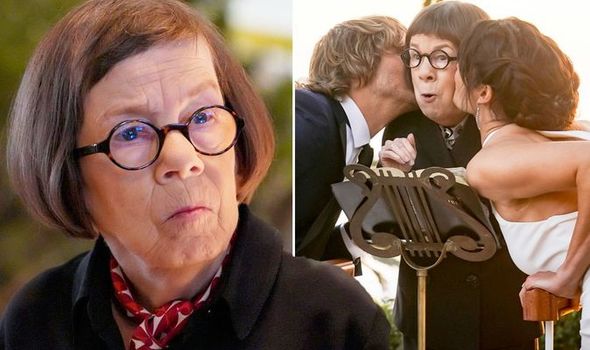 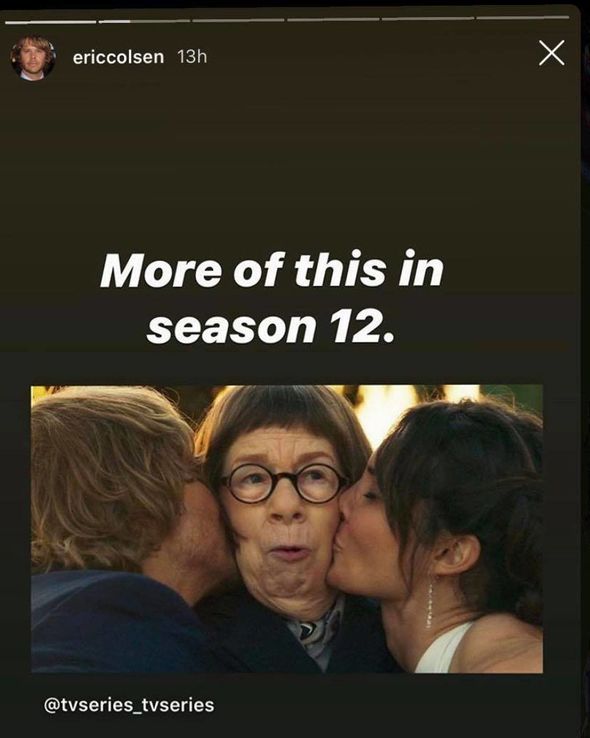 Taking to his Instagram this weekend, Olsen shared a screenshot of Deeks, Hetty and Kensi.

The snap shows Deeks and Kensi planting a kiss on Hetty on their wedding day back in the season 10 episode ‘Till Death Do Us Part’.

Teasing more storylines between the trio is on its way, Olsen captioned the snap: “More of this in season 12.”

Could this mean a major storyline between Hetty and the husband and wife pair is on the horizon? 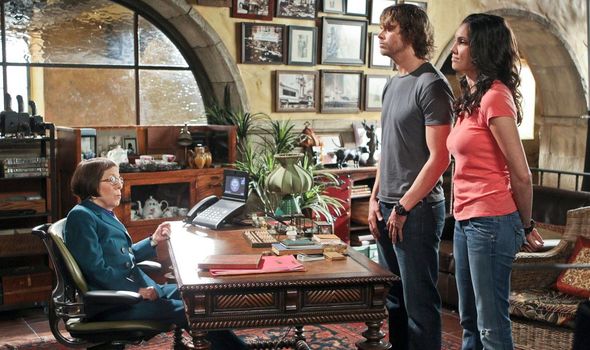 Or could it signify the two embracing Hetty ahead of a possible farewell in the new series?

As well as a replacement being sought out in the previous series, there are a number of other clues to suggest season 12 may be Hetty’s final outing.

Fans got an insight into Hanna and G Callen (Chris O’Donnell) and their way of thinking when it came to taking over the OSP last series.

Hanna admitted he didn’t want to be the one to take the mantle from Hetty, but remained adamant his colleague Callen would be the perfect fit.

However, Callen’s close personal link to Hetty made him hesistant to express his desire to take over.

He told Hanna: “I have been with Hetty since I was a kid,

“A lot of me is her. If I were to take her job, it would be the culmination of all of her teachings, all of her lessons.”

Hanna has expressed a desire to teach younger agents in the future, and if Callen was in Hetty’s role, what better way to pass on his knowledge alongside his colleague.

Hetty’s smart enough to realise Callen would be a perfect fit as her replacement.

And with her failing to find an adequate candidate in season 11, season 12 may see her finally pass on the torch.

After all, Callen and Hetty’s strong bond would make for an almighty and undoubtedly emotional farewell for the character.

Fans will have to tune into season 12 to see what exactly Olsen’s hint could mean and whether it will result in Hetty’s departure.