The 13th episode of NCIS: Los Angeles season 12, titled Red Rover, Red Rover cannot come soon enough for CBS viewers who’ve been waiting since February for new episodes. However, it certainly looks like the next instalment will be worth the wait as the promo and first-look pictures from the Red Rover, Red Rover tease an action-packed showdown for the returning Joelle (played by Elizabeth Bogush), Sam (LL Cool J) and, of course, Anna (Bar Paly).

Anna, Sam, Joelle and Callen (Chris O’Donnell) are currently in the middle of a cat-and-mouse chase with the wicked Katya (Eve Harlow) following her shock comeback in season 12.

The Russian spy had just one thing on her mind upon her return: Anna.

Katya is desperate to get Anna on her side following their stint as cellmates together but using Joelle as a pawn hasn’t exactly gone to plan so far.

NCIS: LA fans will remember last month that Sam was horrified to discover one of Joelle’s fingers had been delivered his way – making it clear Katya was not one to toy with this time around. 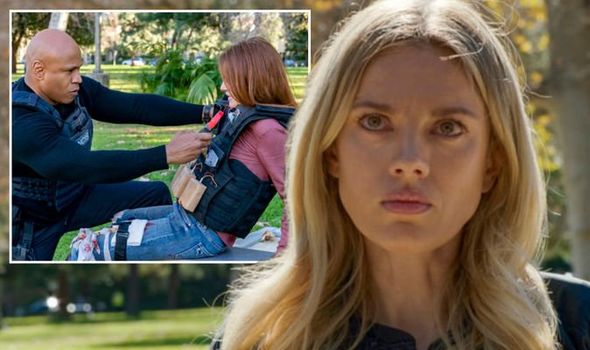 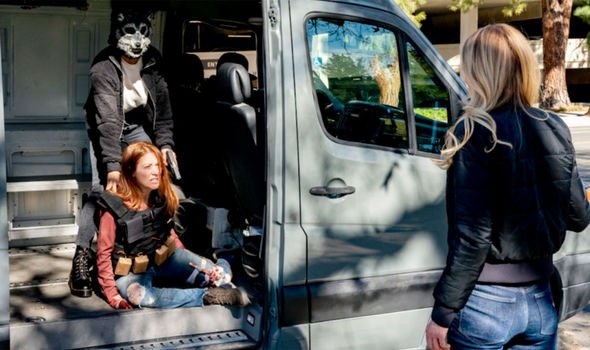 But now, it looks like Joelle and Sam will finally be reunited – but not in the most pleasant of circumstances.

In a handful of first-look photos from the episode, Joelle can be seen strapped in a bomb vest.

Her bloody hand is also visible but it looks like Katya has continued to inflict pain on the CIA agent as there’s a wound in her leg as well.

Callen and Sam can be seen also discussing with Anna in the promo snaps about a possible ploy to get Joelle back alive. 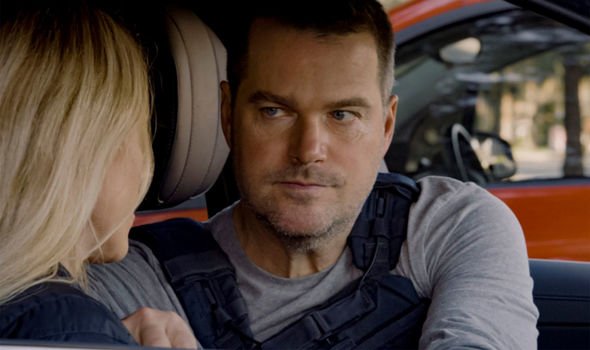 Another picture shows the trade in action, with a masked captor – presumably Katya – shown holding Joelle at gunpoint in the back of a van as Anna approaches.

A final photo shows Sam trying his best to defuse the bomb strapped to Joelle and given he’s the best man for the job, Joelle’s chances of survival appear to look good.

However, a short trailer from the episode hints that defusing bomb may not go to plan.

Throughout the trailer, fans see the likes of Deeks (Eric Christian Olsen) and Kensi (Daniela Ruah) help try to track Joelle and Katya down.

However, with Callen watching via video link on the other end, he spots something worrying during the team’s search.

Sat in his car and watching on his phone, Callen says in a panic: “That’s a bomb.”

“Oh, my God,” Nell (Renee Felice Smith) adds as she too is tuned into what’s going on.

What follows is a huge explosion in a park that looks incredibly similar to where Sam is trying to defuse Joelle’s vest in the first-look snaps.

The promo quickly cuts to a stunned Callen who’s completely gobsmacked at what he’s just witnessed.

Could he have just seen Joelle’s vest explode resulting in the death of the returning character?

Or could there be even more casualties given how close Sam was to defusing the vest in one of the snaps?

Fans will have to wait until episode 13 drops to find out for sure what caused the explosion and whether Joelle will make it out alive – but it certainly isn’t looking good.