“We did not change a thing this past year!” owner Mark Echeverria says in a letter announcing the reopening 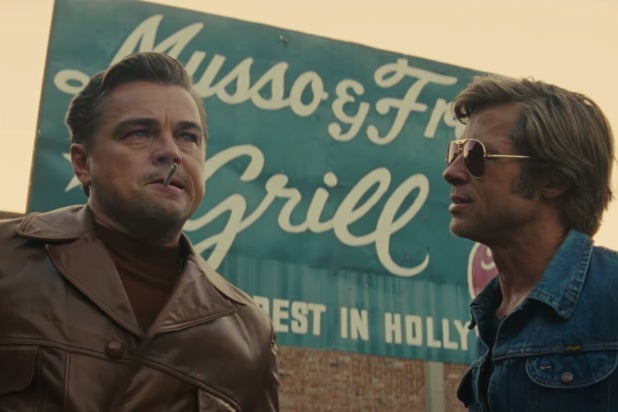 Musso & Frank, the iconic Los Angeles restaurant prominently featured in Quentin Tarantino’s “Once Upon a Time…in Hollywood,” has announced it will reopen on May 6. The reopening comes almost a year after the business shuttered in July 2020 due to the COVID-19 pandemic.

“Welcome back to Old Hollywood!” owner Mark Echeverria said in a letter announcing the news. “With great pleasure and honor we are proud to announce The Musso & Frank Grill will be reopening our dining rooms for dinner service on Thursday, May 6th. We are so excited to be able to celebrate Mother’s Day with all of you, our dear friends and family!”

“This past year has been filled with extraordinary unknowns as we have all had to adapt our personal lives in ways we could have never imagined,” the letter continued. “The Team at Musso’s is committed to keeping tradition and Hollywood history alive! This is why we did not change a thing this past year! Aside from the various health safety measures, the essence of Musso’s, our fine cuisine and outstanding Team you have all come to love, have not changed!”

Located in the heart of Hollywood, the restaurant celebrated its 100th anniversary in 2019, the same year it appeared in Tarantino’s film. In an interview, Rick Schuler, the supervising location manager for “Once Upon a Time…in Hollywood,” told ShootOnline that Musso & Frank “was a must-have location for Quentin, who sought to take us back to 1969 Hollywood — the Hollywood he grew up in and loved.” Schuler went on to explain that “the family who owns it has preserved every detail, so it was a fitting location for a major scene between Brad Pitt, Leo DiCaprio and Al Pacino’s characters.”

Since opening its doors in 1919, Musso & Frank has made notable “guest appearances” in numerous television and film projects, including “Ocean’s Eleven,” “Mad Men,” “Ed Wood,” “The Kominsky Method,” “Swingers” and “Hitchcock,” among many others. Its first-ever on-screen appearance was in Buster Keaton’s “Cops” in 1922.

During the pandemic, the restaurant started a GoFundMe to contribute to servers and workers who had been furloughed, raising over $100,000 for its 84 employees.