Mrs Brown’s Boys depicts Irish matriarch Agnes Brown (played by Brendan O’Carroll) navigate the goings-on of her lively family. The programme originally ran up until 2013 and now airs special episodes instead of a full series and is due to go on tour later this year. The show is known for using some swearing during its episodes and this became a topic of discussion after Brendan was previously requested by the BBC to remove the words from the scripts so the programme could air pre-watershed.

Brendan revealed back in 2018 he had been taken in for meetings regarding the show’s more mature language.

Speaking at a panel ahead of a Christmas special, he said: “Danny Cohen had taken over as controller.”

He described being invited into an ‘f’ meeting, to discuss the issue.

Brendan continued: “I went in with my producer. I arrived and Danny Cohen, he was mighty big and he was swinging in his chair. 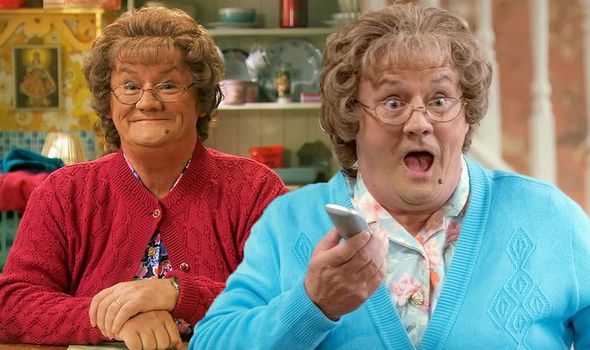 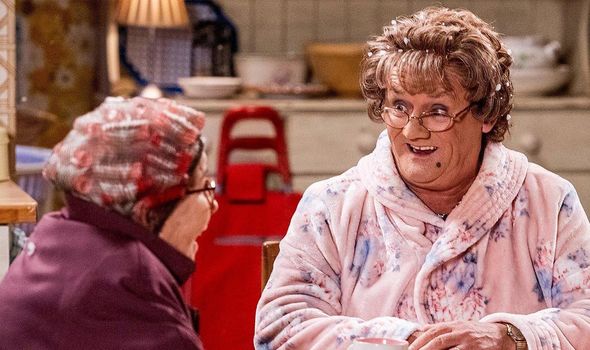 “He spent the first 10 minutes telling me how lucky the BBC felt to have found me and the family, how wonderful Mrs Brown’s Boys was and how he liked that there was also pathos there and hopefully a message at the end – that families fall in and fall out but at the end of the day there’s always something that keeps them together.

“We were going through all of this stuff,” Brendan added before he requested the BBC controller to get to the point.

Danny requested for Brendan to remove swear words from the script in order to be able to air the programme earlier in the evening.

“Now I’m getting f**king bored. I say: ‘Danny, can we cut to the chase? You want me to stop saying ‘f***’ so you can put the show on at eight o’clock,” Brendan explained. 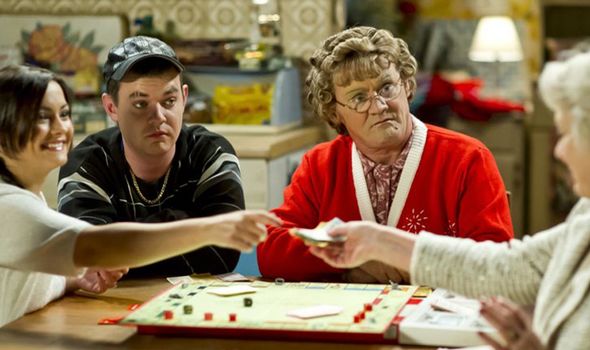 Danny confirmed this was the approach he wanted to take but Brendan wouldn’t budge on the issue of including swearing within the show.

“But the show is the show. I don’t care when you put it on, we are not changing the show,’” he added.

Elsewhere, Brendan has recently opened up about his concerns over the programme’s spin-off tour, set to take place in June.

“We’re going to have a lot of trouble as technicians have gone elsewhere,” Brendan said.

“We’re worried we’re going to come in and have no sound people, no electricians, no lights people, no stage crew,” he told the Irish Independent.

The show sold over 3,000 tickets in the duration of a weekend despite increasing uncertainty whether restrictions will be lifted by the summer.

It was revealed earlier this month Brendan had agreed to a new deal for the show, which would keep its Christmas specials running until at least 2026.

This is despite the recent festive outing receiving its worst ratings since 2011.

The Christmas special, which saw Agnes try out her own Queen’s speech only pulled in 3.8 million viewers on the day.

When the show’s third series came to an end in 2013, over 9 million viewers, on average, were still watching.

But the recent developments mean the programme will be staying put on the broadcaster for the long-haul.

Mrs Brown’s Boys can be streamed on BBC iPlaye