Money Heist season four is still one of the most popular series on Netflix and fans love the show for its feisty characters. One of the main characters in the series is Tokyo, otherwise known as Silene Oliveira (Úrsula Corberó) and she is one of the main gang members. Fans have been wondering who Tokyo loves in Money Heist, as she has developed strong bonds with a number of the gang members.

Who does Tokyo love in Money Heist?

Fans meet Tokyo at the beginning of the series as she acts as the narrator, revealing how the gang members met and how they came to create their aliases.

The Spanish series is told through Tokyo’s perspective, and it has been praised by critics for its blending of relationship dynamics with the strategic elements of the heists.

Before the group got together, Tokyo was a robber on the run, but she was headhunted by The Professor (Álvaro Morte) who had tracked her down to rope her into his plan.

She is known for forming a strong relationship with Rio (Miguel Herrán), and she is protective of those she really cares about.

Fans have been wondering if she has her eye on any other members of the gang, with her relationship with Rio having its complications. 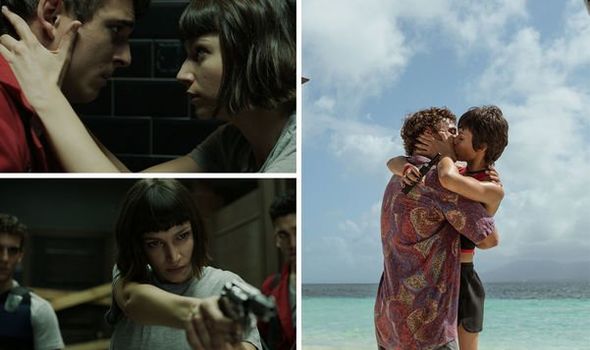 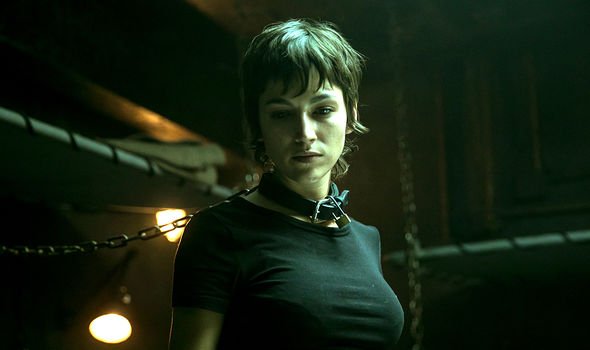 Throughout the first three seasons, Tokyo and Rio were in a relationship and they spent a lot of time together following the heist at the Royal Mint of Spain.

Tokyo finds it difficult to fully open up to people on an emotional level, but this is something she felt comfortable with alongside Rio.

However, by the fourth series, they are no longer together and Tokyo seems to have her eye on another gang member – Denver (Jaime Lorente).

Tokyo and Denver are seen flirting with each other in the fourth season and Denver is confronted about his possible feelings for Tokyo.

Denver is later seen trying to rescue Tokyo after she was left tied up in a room, with Gandia (José Manuel Poga) trying to bring them all down. 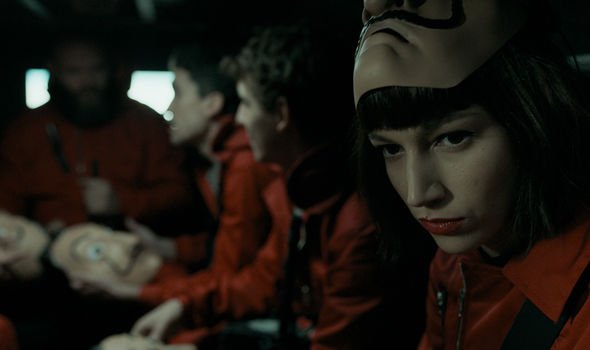 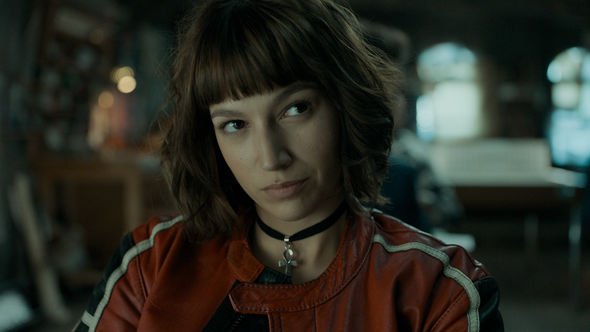 Her relationship with Denver has not been made entirely clear so fans will be wondering what happens between the pair in a fifth series.

Tokyo has also shown a different kind of love for her leader, The Professor, who saved her from a dark and lonely time.

She considers him to be the one who saved her from being locked up for life, and her admiration for him has grown.

Tokyo gives him the nickname ‘guardian angel’, but their relationship does not seem to venture past being close friends.

The Professor ended up forming a romantic relationship with Lisbon, whom he helped rescue from custody in the fourth series.

Some fans also have a theory she could be in love with Berlin (Pedro Alonso), as their deep hate for each other could be a sign of a complicated love for one another.

Berlin is known to be the witty member of the group, but he is also known for making inappropriate comments and Tokyo has made it clear she dislikes him.

She has threatened to kill him a number of times, but fans are wondering whether this is just an act between the pair, who secretly admire each other.

Fans have mixed emotions over Tokyo’s character, with some saying she is a strong female lead and others calling her one of the more “annoying” characters.

They also have mixed feelings about her relationship with Rio, with one fan saying on Twitter: “Wow … Tokyo robbed a bank to get Rio back and the first thing he decides to do is break up with her.”

Another fan said: “Rio and Tokyo’s relationship is starting to annoy me. At first it was cute, now it’s toxic and the root of so many problems #MoneyHeist.”

Some fans believe Tokyo and Denver are related, with some thinking they are brother and sister, however, this is highly unlikely.

Viewers are wondering whether Rio will find it in his heart to reconcile with Tokyo in a fifth series, or whether she will move on to Denver.

Fans will know from Tokyo’s narration, she always speaks in awe of Rio and many fans are hoping they manage to patch things up again.

A release date for a new series is yet to be revealed, so fans will have to wait and find out whether the series will be renewed.

Money Heist is available to watch on Netflix now.