Money Heist (known in Spanish as La Casa de Papel) returns to Netflix on Friday, April 3 as viewers find out if the heist gang will finally escape. The series is hugely popular around the world with many viewers wondering whether it is based on a true story or not – here’s what you need to know about this.

Is Money Heist based on a true story?

Following a group of master thieves as they break into a number of key Spanish buildings, Money Heist has been a huge hit among viewers.

The show follows the team who all have code names of various cities as they attempt to pull off some of the biggest heists in history.

The unique premise of the show has often led viewers to wonder if the show is based on truth at all.

According to the show’s creator Alex Pina, the series is not based on a real story, but is a fictional one thought up by him and his team. 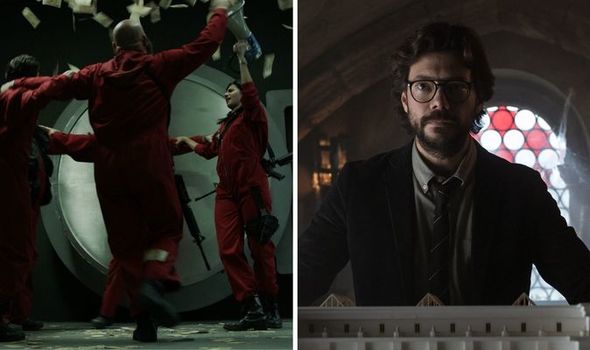 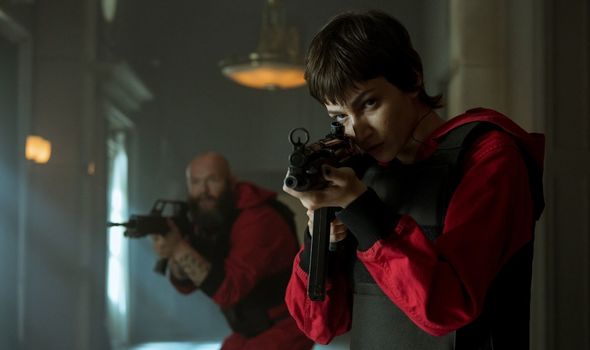 Pina revealed this to Drama Quarterly in a 2018 interview about the show, describing how he and one of the show’s writers Esther Martinez Lobato wanted to create a fictional but believable drama.

He said: “With all these flashbacks, we wanted to tell the story and make it authentic, with lots of action and events one after the other, twists and turns.”

However, they did not base their characters on any real figures as they are instead drawn from their imagination.

This being said, there have been a number of major heists in history which the show could draw inspiration from. 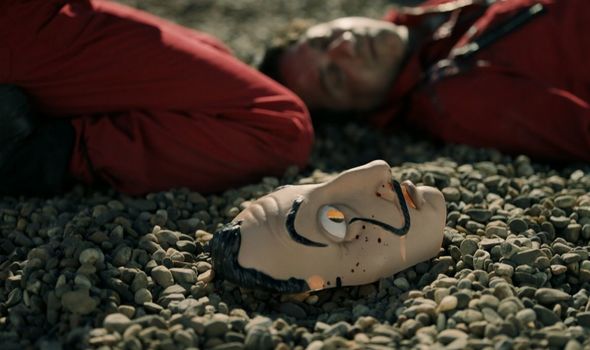 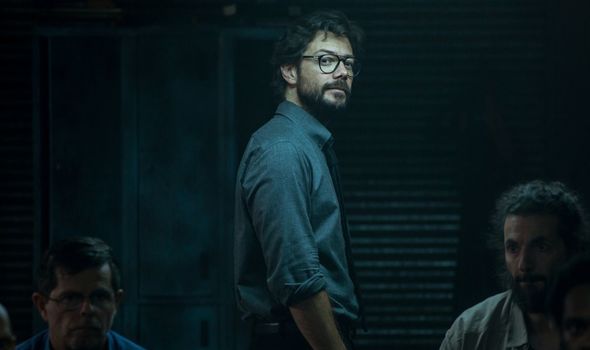 So far the series has focused on two different heists – the first was to print euros from the Royal Mint of Spain while the second was to steal gold from the Royal Bank of Spain.

Some fans have also drawn comparisons with a bank robbery which took place in Argentina in 2006.

This happened at the Banco Río in Buenos Aires in January 2006 and saw a gang of thieves steal $8 million USD in valuables and cash.

They then managed to escape in a boat despite being surrounded by 200 police.

According to GQ, this made the robbers become almost folk heroes as well as being viewed as an almost Robin Hood-like heist.

As viewers of the series will know, this is similar to what happens to the gang at the end of part two.

However, nothing like on the scale of Money Heist has been committed in recent Spanish history.

As well as this, there are plenty of other historical elements threaded into the narrative.

This includes the Salvador Dali masks, which the characters wear to disguise their faces.

These are a reference to the great artist who was aligned with a movement criticising capitalist society, which is at the heart of the gang’s ethos.

As well as this, Bella Ciao is one of the songs of rebellion used throughout the series.

This is an Italian protest folk song, which originated in the 19th century as a form of resistance.