Granted, it’s only been one day since season4 of Money Heist dropped on Netflix, but many fans have alreadywatched all eight episodes. We’re with you.

The wait, the ride, and the final episode had everyone gluedto their seats for a Friday binge-fest that took viewers through the entirewheel of emotions. Joy, pain, fear, anger, loathing – you name it – and all ofits ilk showed up to the party.

This season of La Casa de Papel picked right up whereit left off in part 3, with Nairobi clinging to life and Professor in warmode over what he believed was Lisbon’s death. If you’ve finished watching thenew season, then you know whose lives were lost and the need for atleast one more season.

With a major character gone and one in peril, the events inpart 4 will fold nicely into a new installment. It’s the perfect set-up.

[Spoilers Ahead: Do not continue reading if you haven’twatched Money Heist season 4] 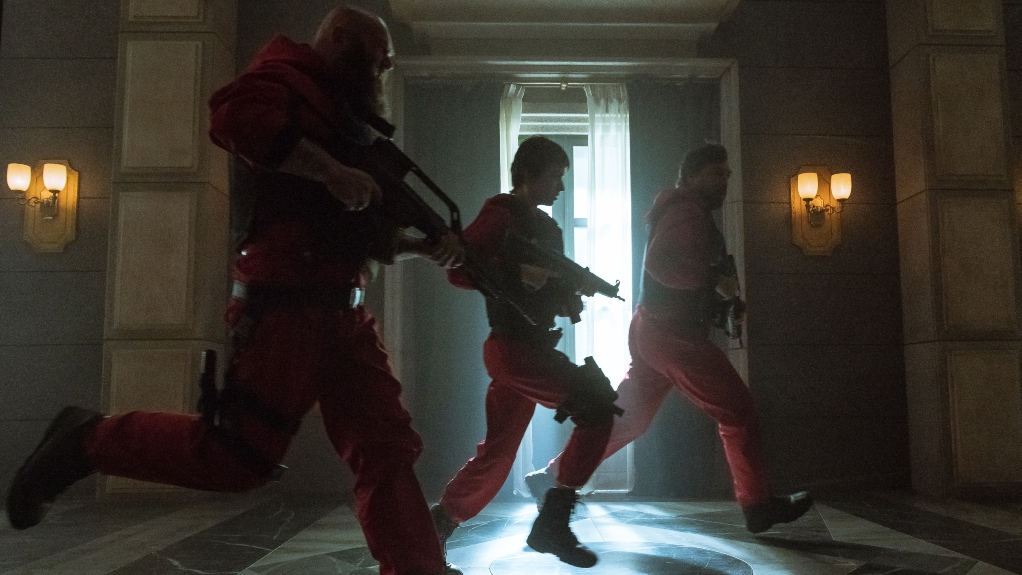 Nairobi’s death was a gut-punch

If there was one thing that fans were looking forward to in season 4, it was the matter of Nairobi’s survival. That gunshot to the chest left the robbers and viewers reeling, and no one knew if she’d make it.

The crew rallied with Tokyo stepping up to finish the surgery after communication was cut with the doctor. Nairobi was saved. After she wasn’t allowed to leave and chaos broke out, Gandía made it his personal mission to kill her.

He tried three times before succeeding during a standoff in episode six, shooting Nairobi in the head and leaving everyone in shock. The despair was palpable as her body crumpled to the ground and Helsinki dropped to his knees.

She was supposed to have a baby. She was supposed to live. Andsomewhere in the middle of the heist, she found love with Bogota. Helsinki’stears, Bogota’s broken heart, Palermo’s guilt, and the rest of the team’s pain nowfuel something else. What will happen with their grief?

‘For Nairobi!’ is a battle cry

By the end of episode eight, Raquel/Lisbon is reunited with thegroup and the new chant is “For Nairobi!” With Gandía subdued and most of the bandback together, there’s a newfound hope they can complete their mission.

Heading into a fifth season, it would make sense for Nairobi’sdeath to be their new motivation to finish the heist. But will vengeancebe worked in there somewhere too? Fans hope “For Nairobi!” brings a freshenergy and victory in war.

The Professor’s dilemma is a new storyline

At the end of part 4, the Professor and Marseille are the onlytwo on the outside. Professor had a brief moment to celebrate with the team remotelyand ended his call with “For Nairobi!”

But that sociopath Alicia found his hideout, and this is thefirst time we’ve seen him caught by a true enemy. There is no romanticchemistry to save him, and no one around with a gun to overtake the pregnant,disgraced inspector.

What is present however, is the perfect segue into a newseason. How will he wiggle his way of out this and save his crew? Thisis a wrench in the plan, or is it?

Netflix has not confirmed a fifth season of Money Heist (La Casa de Papel), but there are rumors that the series was already given a green light.

In January, the Spanish outlet Bluper reported Vancouver Media – creator Alex Pina’s company – has plans in the works for part five. Fans should stay tuned for a formal announcement from Money Heist showrunners and Netflix in the coming months.