“I just didn’t want to be alive anymore. That was clear and real and frightening and constant thought,” Markle says 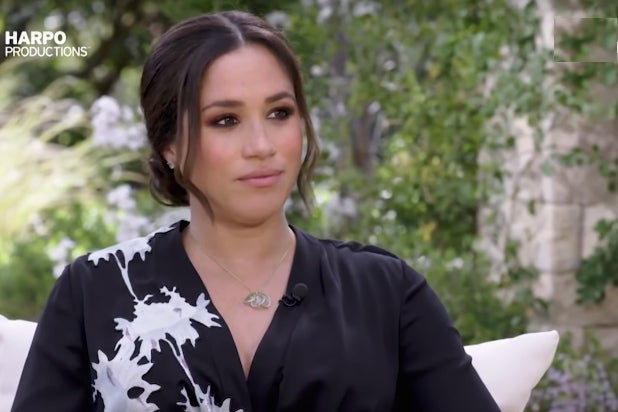 In Meghan Markle’s tell-all interview with Oprah Winfrey Sunday night, Markle admitted that the pressure of royal life and her treatment was so intense that it drove her to a breaking point of considering suicide.

“I just didn’t see a solution,” Meghan admitted, referencing the constant tabloid rumors and attention and scrutiny. “I realized it was all happening just because I was breathing. I was really ashamed to say it at the time and ashamed to admit it to Harry, especially because I knew he had suffered. But I knew that if I didn’t say it — then I would do it. I just didn’t want to be alive anymore. That was clear and real and frightening and constant thought.”

According to Markle, she attempted to get help for her mental health, which the Palace made extraordinarily difficult. “I went to one of the most senior people to get help,” she said, asserting that she was told “there is nothing we can do to help you because you are not a paid member of the institution” and that she couldn’t get treatment because “it wouldn’t be good for the institution.”

Going to the hospital was out of the question, as Markle confirmed that every personal item, including her keys and passport, was turned over once she entered the Royal family. Not knowing who to turn to and feeling trapped and alone, she confided in Harry and reached out to one of Princess Diana’s best friends for help.

“I was ashamed,” Markle said of opening up to her husband, despite the fact she knew he would be supportive. “I was supposed to be stronger than that.”

Markle said she was openly sharing her story now because “there are so many people who…are afraid to voice that they need help, and I know personally how hard it is to not just voice it, but when you voice it, say no.”