Matt Hancock grilled over ‘not having numerical target’ for vaccine

The Health Secretary was full of smiles this morning as he was on-hand to answer the probes of Good Morning Britain’s hosting duo, Sean Fletcher and Charlotte Hawkins after the news emerged a second vaccine would be rolled-out imminently across the UK. With the pair full of questions for Mr Hancock, Fletcher reminded the guest later on in the interview he had previously “ignored” him when he had been involved in a campaign surrounding children’s mental health, which the Health Secretary quickly denied.

This morning, it was revealed the Oxford/Astra Zeneca vaccine had been approved by the UK Government.

The news was met with relief from those all across the UK as the Health Secretary promised on BBC Breakfast: “I can now say with confidence, we can vaccinate everyone.”

Later on, Mr Hancock joined hosts Charlotte Hawkins and Sean Fletcher on Good Morning Britain to go over what this would mean in terms of the coronavirus crisis coming to an end.

Keen to cover every base, Fletcher probed Mr Hancock about the issue of declining mental health. 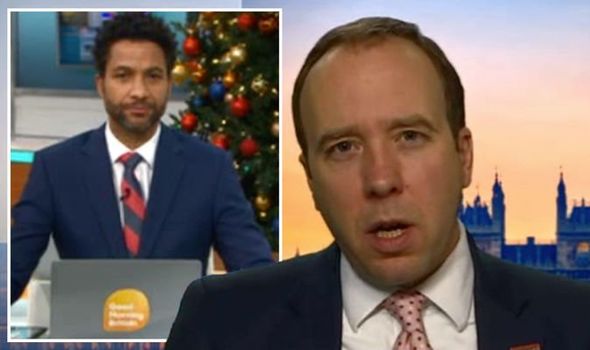 We will use your email address only for sending you newsletters. Please see our Privacy Notice for details of your data protection rights. Piers Morgan: GMB host on ‘nerve-wracking’ moment with Jeremy Clarkson

After many people have now spent months apart from families and friends, Fletcher went on to accuse Mr Hancock of “ignoring” him on the issue in the past.

Fletcher asked the guest: “I’m just wondering where mental health comes into this?”

The presenter went on to recall a previous campaign he had been involved with, where he had contacted the Health Secterary – but he did not respond.

“You ignored me, what are you doing?” with the Health Secretary hitting back: “I didn’t ignore you.” 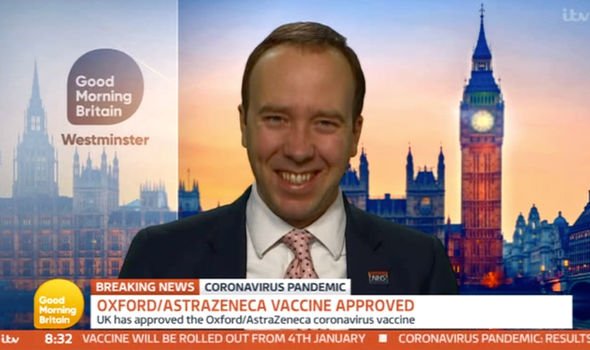