Matt Baker, 43, was on hand to host another informative edition of Countryfile and at the beginning of the programme, he was seen heading to Porthdinllaen in North Wales. The star of the BBC show was himself being educated about seagrass and how the plant life helps contribute to combatting climate change. However, as he got dressed in the gear he needed to in order to inspect the water where the life form was growing, he told the guest he was speaking to that he was “reluctant” to take part as he didn’t want to cause any damage.

Beginning the segment, Matt explained: “This humble plant plays a vital role in the marine ecosystem, as well as having a major part to play in the fight against climate change.

Arriving at Porthdinllaen Bay, the presenter met with Rob Parkinson, who works for the National Trust and who wants to safeguard the seagrass bed lying in the water.

It thrives in the specific area of North Wales because of the sheltered bay and its ability to both capture and disperses carbon into the sediment it grows in.

With Rob stating it was “vitally important” to preserve the area, Matt added: “Seagrass makes up just 0.1 percent of the ocean floor.

“Yet it’s believed they’re responsible for around 11 percent of organic carbon stored beneath the waves,” he continued. 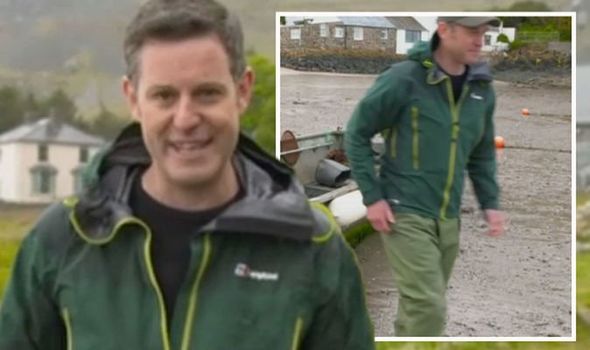 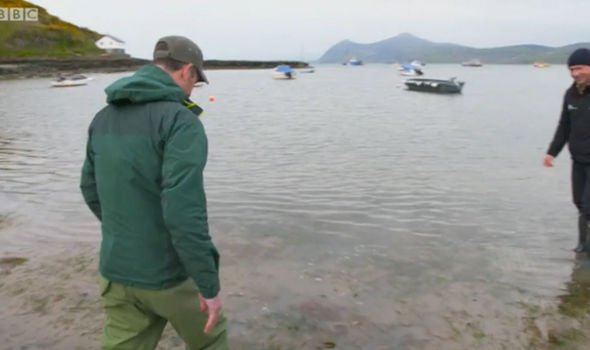 “It’s thought they capture more carbon than a tropical forest but up to 92 percent of UK seagrass has vanished over the last century,” Matt explained.

“So the fight is on to protect and propagate what we have,” he added before both he and guest Richard Lilley, from Project Seagrass, were seen getting suited up to enter the water.

With Richard already in the shallow bit of the water, the presenter walked up to him and made his introductions.

However, this is where Matt stipulated he was “reluctant” to get involved with the segment as he told the guest: “I feel quite reluctant to be walking on this [seagrass].” 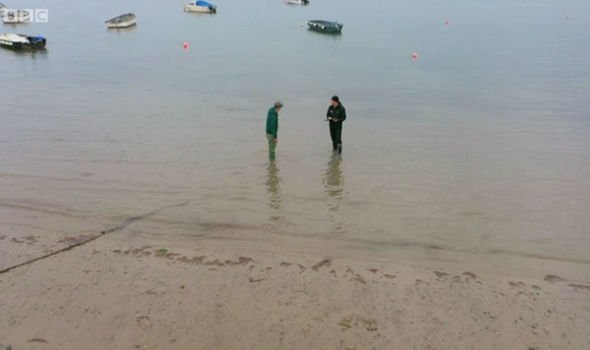 I feel quite reluctant

“Because, I know and appreciate how precious it is,” he added, with Richard replying: “You’ve heard some good things, yeah?”

As his worry over standing on the seagrass continued, Matt asked the guest: “Are we alright just to be wandering around?”

Richard gave him the all-clear, explaining they were standing at the end of the meadow and where the tide was just coming in.

Matt asked the guest to talk about what they were doing in the water and he said they were taking part in an international programming task. 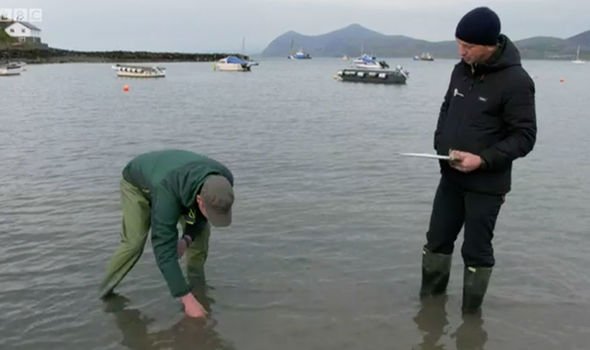 Richard explained the meadow of seagrass they were standing in was the largest in Wales and talked about its significance.

“We’ve collected a lot of seeds from this meadow to help reseed meadows elsewhere in the UK. So if we can take seeds from here and plant them elsewhere on the coast, then we can bring that habitat back.

“And that vibrancy and life back to the coastal seas,” the guest continued, going on to say how the parts of the meadow where seagrass once grew but no longer does, they would be working on bringing it back to life.

Although he voiced his reluctance to take part out of fear of damaging the seagrass, Matt finally got involved with the in-water surveying.

The presenter picked up a square grid and chucked it down on a patch of the meadow to determine how much seagrass was growing there.

As Richard took notes, Matt determined whether the sediment and seafloor the seagrass was growing in was sandy or silty.

Matt continued to assess the land by analysing the coverage of seagrass seen in the space where the square grid was lying.

Getting his hands on the plant life, the star of the show needed to guess the height of three different strands of the seagrass.

All the analysis conducted goes into a database so if the research team comes back to check the specific area again, they can see if any changes are taking place.

Countryfile continues Sunday at 6pm on BBC One.