Weir has been cast in the title role 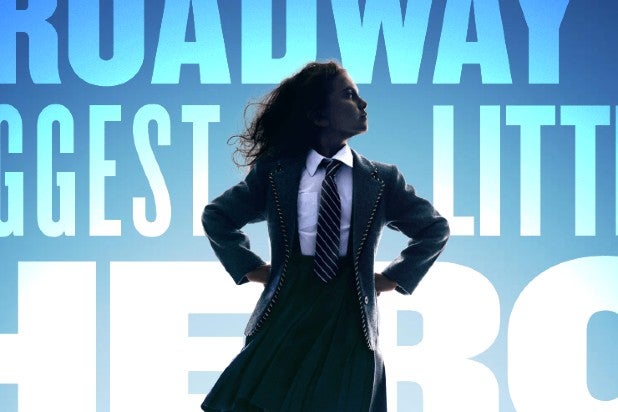 The main cast of “Matilda” is coming together, with Alisha Weir landing the title role in the film adaptation of the Tony and Olivier-winning musical. In addition, BAFTA and Academy Award Winner Emma Thompson will play Miss Truchbull. Lashana Lynch was previously announced to portray Miss Honey.

Directed by Matthew Warchus, who currently serves as artistic director of the Old Vic in London, the film adapts the musical based on the book by Roald Dahl. Warchus previously directed “Matilda the Musical,” winning the Laurence Olivier Award for Best Director in 2012. He was nominated in 2013 for a Tony for directing the Broadway production.

“Matilda will be an imaginative and fresh retelling of the award-winning musical, ‘Matilda,’ featuring talented young newcomers, alongside established stars. I look forward to introducing this beloved and powerful story to a new generation of fans around the world,” Warchus said in a statement.

Matilda tells the story of an extraordinary girl who, armed with a sharp mind and a vivid imagination, dares to take a stand to change her story with miraculous results.

Written by Dennis Kelly, who also wrote the book for the musical, “Matilda” will feature the music and lyrics of “Matilda the Musical” composer Tim Minchin. It’s being produced by Tim Bevan and Eric Fellner of Working Title, with Jon Finn, and Luke Kelly of The Roald Dahl Story Company. Netflix will distribute the film worldwide except in the UK where TriStar Pictures will handle theatrical release.