Contestant Christian served up two lamb dishes tonight, and with both, he had issues with timings and cooking them to perfection. The first dish featured a lamb loin – which viewers said looked to be undercooked. Judge John Torode, however, seemed to enjoy it while his co-star Gregg Wallace refused to eat it as it wasn’t cooked to his liking.

While tasting the dish in the first round of tonight’s show, John said: “I really like your lamb – it’s lovely and pink. You could put a little bit more heat on the outside and give it some more texture.”

He added: “The olives, in my opinion, are a mistake, because we have got a really lovely rich sauce and then I get a really salty quite harsh olive, which takes away the elegance. And it’s just a bit messy.”

When it was Gregg’s turn, he said what many viewers had been thinking and commented on the lamb’s colour.

“Celeriac puree and spinach is great – it’s really good, I like the sweetness of the shallots as well. 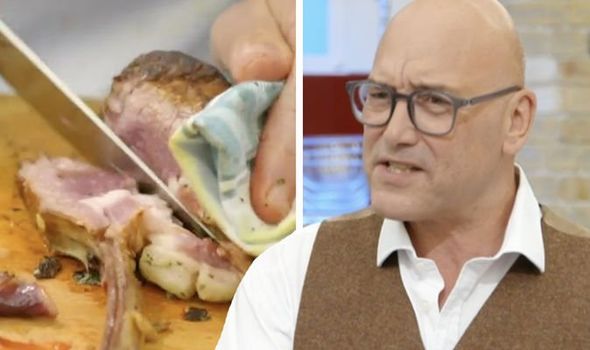 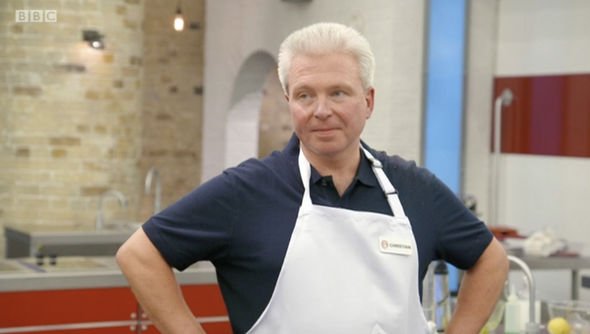 “John’s lamb must be the bits from the end and I must have bits from the middle because I’ve got two bits here that are underdone, but I admire your ambition,” Gregg added.

Many took to Twitter to give their view with one writing: “#MasterChef not for the faint hearted #bloodbath.”

Another viewer said: “Blood on the plate doesn’t sound good in any context #MasterChef.” A third said: “Blood again #Masterchef.”

One shocked fan wrote: “It’s still got blood coming out of it, how the f*** is it really well cooked? #masterchef,” while a fifth joked: “This year’s #Masterchef is just The Raw Lamb Show.”

When discussing how the first round had gone, Christian, who admitted earlier in the show that he is extremely competitive, said: “If I had to cook again, I’ll have to do better.” 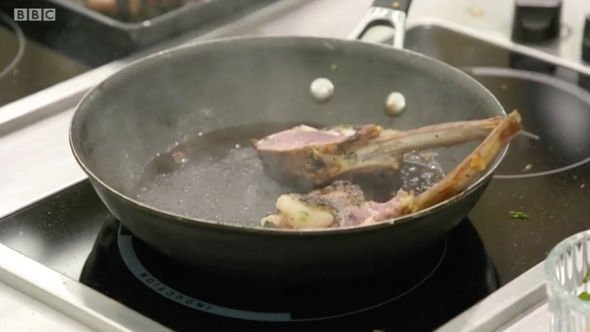 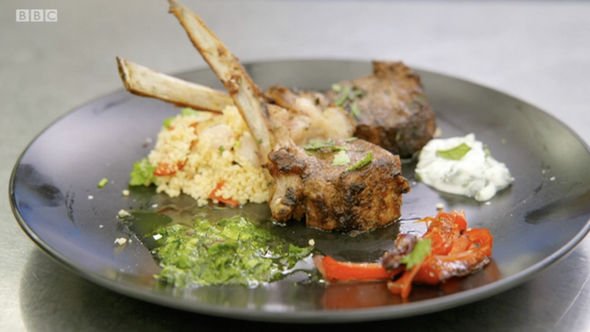 The car sales manager Christian, who has a passion for cooking Mediterranean food, had said earlier of the lamb: “I think it’s a fantastic piece, I think the flavour is great.”

“And being Welsh, lamb is part of my culture.” Gregg responded: “We’ve never had a Welsh winner.”

Christian replied hopefully: “Haven’t we? There’s always a chance. I’m very competitive. I come from a competitive family – hugely competitive, all of us always wanted to strive to be the best in whatever is.” Gregg then warned him: “Christian I love lamb – cook it well.”

In the next challenge, Christian opted for another lamb dish. He said at one point: “It hasn’t quite gone to plan.”

Homes Under the Hammer’s Dion Dublin breaks house before entering [VIDEO]
Countryfile’s Adam Henson open up on emotional killing of lambs [INTERVIEW]
Coronation Street spoilers: Will Daniel and Paul get together? [SPOILERS]

John, observing him, commented: “Christian’s just taken his rack of lamb out of the oven and realised it’s completely raw in the middle.”

“He’s actually clever enough to heat a pan and he’s going to cook them like lamb cutlets.”

But when it came to the moment of truth, John said: “I was really looking forward to the spices on that lamb but I can’t eat them because I can’t eat the fat.”

He held a piece up, saying: “The lamb fat is not cooked at all, which is a real shame.”

Gregg, meanwhile, said: “The lamb meat is beautifully pink – you’ve got colour on the outside. It’s just really crying out for that lamb fat to be crispy.”

Later, Christian said: “I knew there were mistakes, I should have rendered the fat a lot more.”

His lamb dishes were not enough to secure him a place in the final though, and he ended up having to leave just before the semi-finals.

Speaking about the lamb dishes, John said: “Both times he hasn’t cooked it properly.”

Upon leaving, he said: “I’m disappointed, obviously. The pressure of time, yes was definitely more that I’d anticipated. But I’ve loved it. I’ve loved every minute.”

MasterChef returns to BBC One on Thursday at 8pm.