The Masked Singer is giving us two for the price of one.

The fourth season of Fox’s celebrity singing competition will feature the first duet contestants competing for Masked Singer glory, and they will be competing as the Snow Owls, Fox revealed Tuesday. This is the first time the series has included a pair.

The Snow Owls will be introduced in the season 4 premiere on Sept. 23, but will compete and be unmasked as one. So, get your thinking caps on! Who could this celebrity duo be? 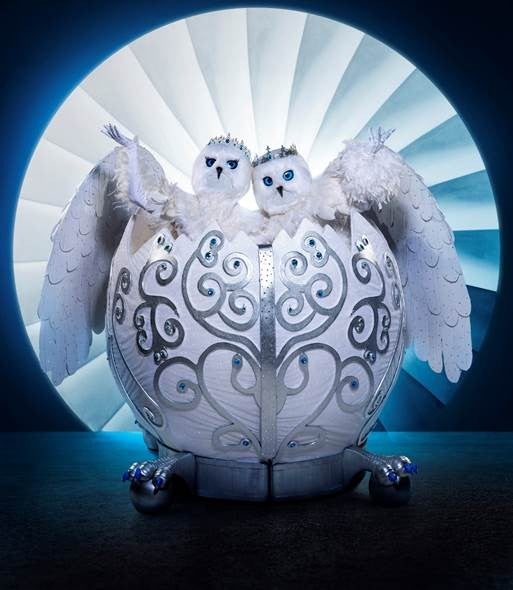 Last week, ET exclusively broke the first look at the Dragon, who will be one of 14 competitors taking the stage and showing off their pipes. Now that we know the Snow Owls are technically a pair, the others competing this season are Gremlin, Crocodile, Giraffe, Broccoli, Popcorn, Seahorse, Jellyfish, Mushroom, Sun, Whatcha Macallit, Squiggly Monster and Baby Alien.

Watch the new promo for the Snow Owls below.

Panelists Ken Jeong, Nicole Scherzinger, Robin Thicke and Jenny McCarthy will all return for season 4, and host Nick Cannon will again be taking the stage as emcee.

While we’ll have to wait just a little bit longer for clues to the celebrities behind the masks, Fox shared that the celebrities competing this season “have sold more than 281 million records worldwide, appeared in more than 5,475 episodes of television and 151 films, appeared in five Super Bowls, have four stars on the Hollywood Walk of Fame.” One of them even appeared on Time‘s 100 Most Influential People list.