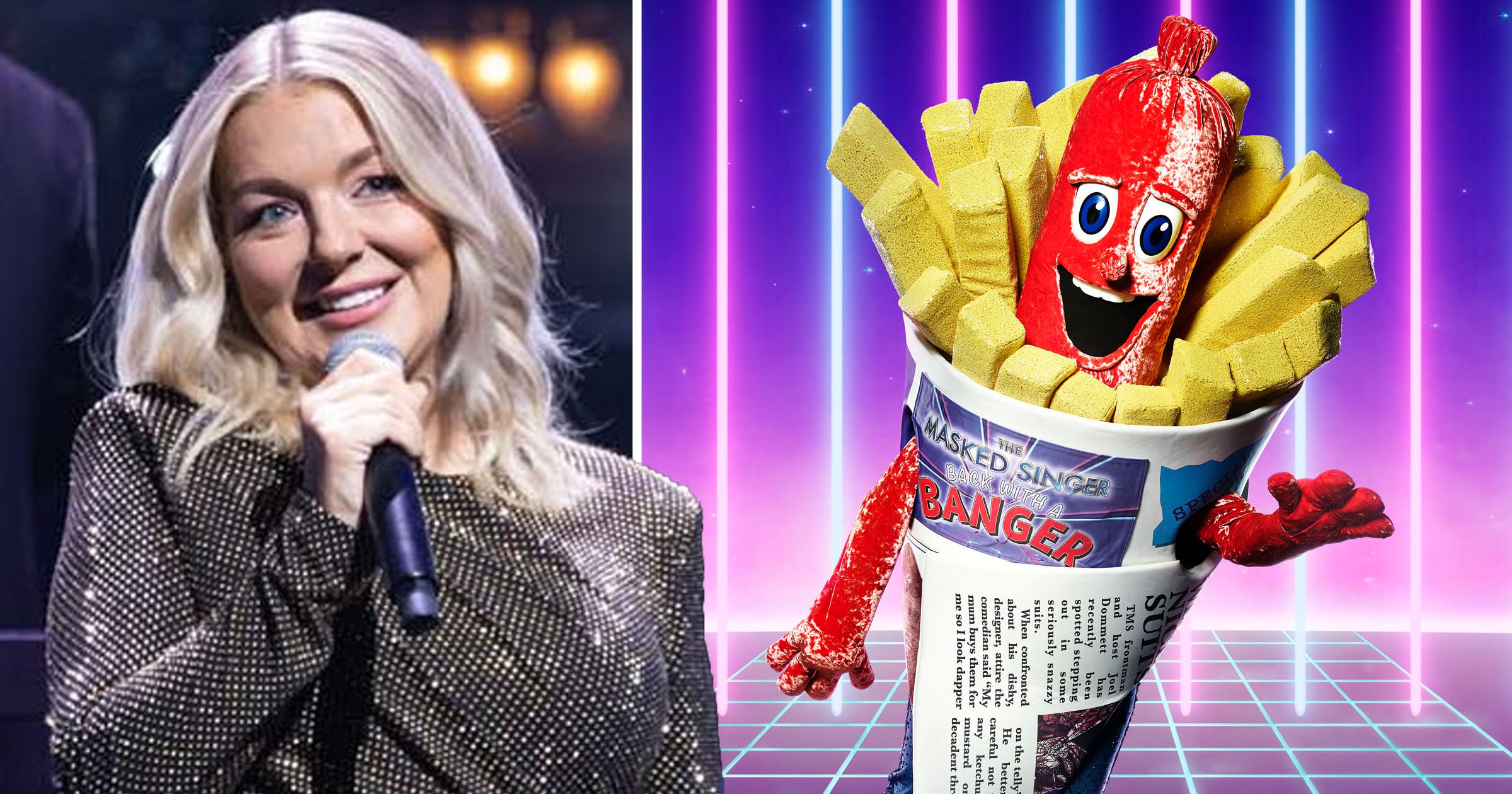 Masked Singer fans are convinced Sheridan Smith is not Sausage after watching Musicals: The Greatest Show on BBC One tonight.

Speculation has been rife that the actress is underneath the extravagant costume after one clue revealed they were partial to ‘two beers and some potato snacks’ – referring to Two Pints of Lager and a Packet of Crisps, which Sheridan starred in.

However, many viewers are now unsure that the star is involved in the ITV series after hearing her take to the stage with Amanda Holden to perform an emotional duet.

Viewers flooded Twitter following her tear-inducing rendition of I Know Him So Well by Elaine Paige and Barbara Dickson and many were adamant Sheridan’s performance confirmed she wasn’t Sausage.

‘This is your daily reminder that Sausage is not Sheridan Smith on The Masked Singer,’ blasted one.

Echoing a similar sentiment, another penned: ‘Musicals The Greatest Show has now confirmed that sausage is not Sheridan Smith.’

‘So I think we can all agree Sausage is NOT Sheridan,’ insisted a third.

So far, Sausage has dropped a number of clues about their identity, including telling the judges that her ‘hair colour has been certified by law’.

The Sausage also described herself as: ‘a bit of a tomboy, but I really am a girly girl.

So far, the panel are convinced the mystery celeb is a young female singer – and have taken with the idea that she’s an all-rounder.

One guess was Billie Piper, given her history as a singer and actress, and the multiple references to her – although it’s unlikely the show would have made it so obvious.

Stacey Solomon is another popular guess, with the Loose Women panel revealing they think it could be her too.

Musicals: The Greatest Show is available for catch-up on BBC iPlayer.

The Masked Singer series 2: Who is behind each mask?

With the nation more or less confined to their living rooms every Saturday night, The Masked Singer has proven to be something of a lockdown 3.0 saviour.

While the performances are of course a draw, most of the fun lies in guessing just who is behind each mask.

Here are the clues and theories so far: