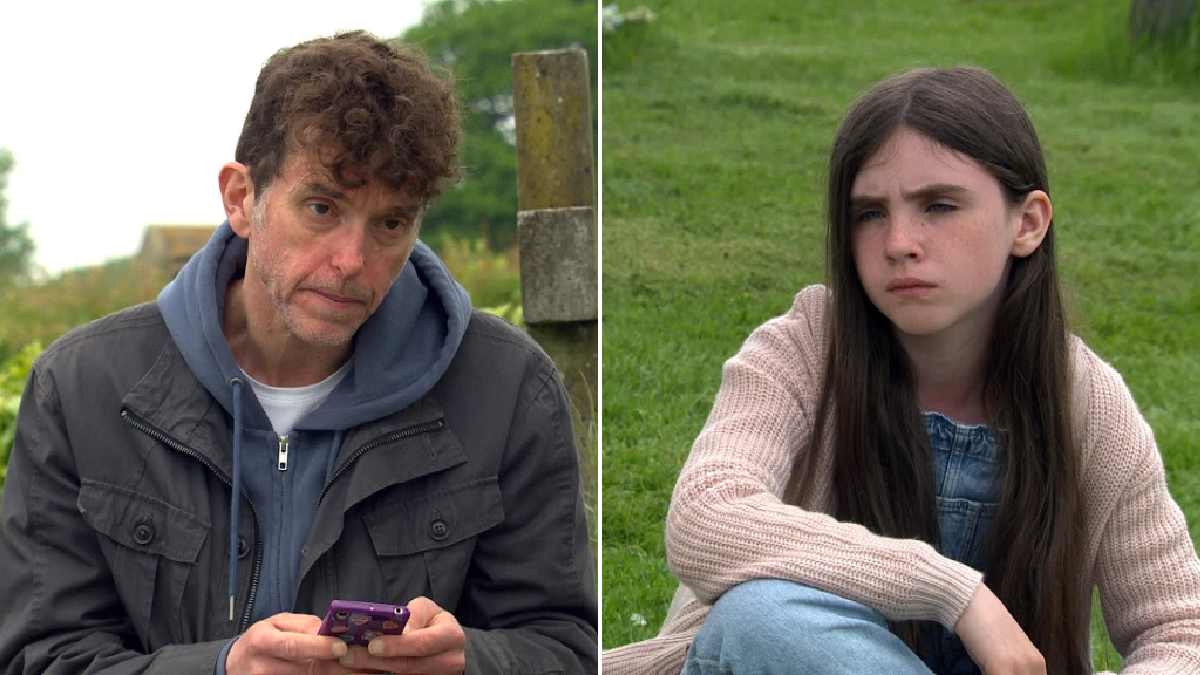 Fellow parents: do you ever get the feeling that your kids are now living their lives online?

That likes, dislikes and shares have taken the place of real-life experiences? It’s a problem that’s currently being wrestled with on Emmerdale, recent episodes of which have seen young April Windsor being trolled while dad Marlon Dingle struggles to work out how he should be reacting.

It’s an issue that will chime with many 40-somethings across the land able to remember a world pre-internet but who now observe their own offspring being influenced, defined and maligned in the bear pit of social media. Like Marlon, I grew up in what felt like a more clearly delineated era, where bullies were at least identifiable. And while humiliation and embarrassment were as much a feature of adolescence in the 80s and 90s as they are today, such upsets felt contained to our schools or local street.

Not a perfect situation, admittedly, but one that, in a way, seems preferable to the abuse that April is enduring, which comes cloaked in anonymity. Trolls who keep their identities hidden are let off the leash in a way that bullies in the past perhaps weren’t. Their abuse can be posted to an audience of thousands, spreading far more quickly and widely than we’d have thought imaginable in our own childhoods.

Once he discovers what’s been going on, Marlon’s solution will be to shut down his daughter’s social media accounts and keep hold of her phone for a few weeks until things calm down. The reaction is understandable: as her dad, he wants to delete what he sees as the problem and break April’s link to the technology that is causing her so much misery. But in doing so, he’s underestimating the scale of the issue.

Like me, Marlon is of the generation who, in the main, use the internet for specific purposes: catching up on the news, scrolling through the odd update on Facebook, booking Tesco delivery slots, ordering stuff we don’t really need from Amazon and watching Loki on Disney+. He’s a busy man – he doesn’t have time to do much else when there are bills to pay and specials to be cooked at the Woolpack. What April does have, though, is lots of time, even more than she’s ever had before thanks to Covid restrictions in this last year having limited her opportunities to make friendships in the flesh.

So, what has she done? Sought out like-minded souls online, specifically those who are struggling with the grief of losing a loved one (for those unaware, April lost her mum Donna back in 2014). But by giving a 4G phone or a laptop to his daughter, Marlon has effectively handed the world – with all its inherent dangers – to an 11-year-old girl – someone who isn’t actually legally old enough to have their own Instagram, Twitter or Snapchat account.

But he’s far from alone in having done this: year 7 classes everywhere are filled with children who are way more tech savvy than most adults. And, as a result, the world these kids are inhabiting is now completely different to the ones where teachers and parents dwell, and the language they speak almost a foreign tongue.

Our influence has diminished and it now feels that a child or adolescent is much more likely to measure their own value and worth in terms of the validation or rejection they receive from peers through a screen. And this, I’m afraid goes for everything: from clothes and music to body shape and sex.

How Emmerdale gets to grips with all this will make for interesting viewing, as I’m not sure what remedy there really is, aside from reporting the trolls to the authorities. What I’m hoping, though, is that Marlon taking April’s phone away will not be the end of the story and that, maybe, he’ll also decide that his daughter’s laudable online efforts should now at least become a joint father-daughter project.

Finding a way into this rapidly accelerating world seems key. Otherwise, I fear that we, as the grown-ups in the room, will be constantly playing an unwinnable game of catch-up. As Marlon has demonstrated, I’m not the only one feeling at sea. But my fear is that the online gulf is now too wide to ever be bridged.