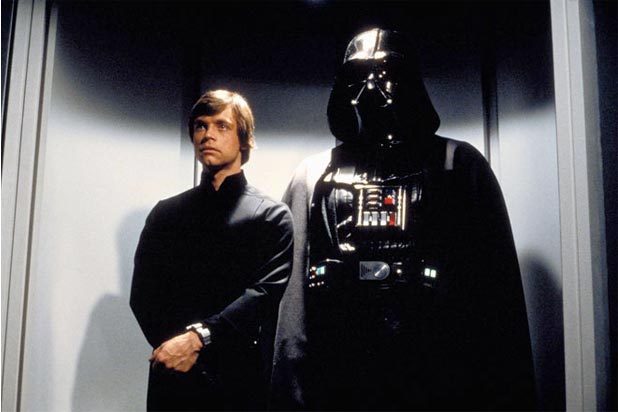 (This article contains major spoilers for “The Mandalorian” Season 2 finale)

The original Luke Skywalker, played by none other than Mark Hamill, finally had something to say about his awesome cameo in the season finale of “The Mandalorian.”

“The fact that we were able to keep my involvement a secret for over a year with no leaks is nothing less than a miracle,” Hamill tweeted on Saturday. “A real triumph for spoiler-haters everywhere!”

The young Jedi master showed up in a moment that was both exciting and heartbreaking — he saved Mando and Grogu from Moff Gideon but took Grogu from his adopted space dad.

It’s pretty cool that we got a Luke Skywalker appearance in “The Mandalorian” — he’s pretty much the face of the franchise, after all, and his cameo lends some extra weight to the events of the show. It’s even cooler that Lucasfilm managed to keep that massive spoiler a secret for a year.

However, did you know that although that cameo looked a lot like the Jedi we know and love — and we’d recognize Mark Hamill’s voice a mile away — the actual in-the-flesh actor was Max Llyod-Jones?

Using CGI to get Mark Hamill’s young face on Lloyd-Jones’ body is the kind of thing “Star Wars” has done several times over the years. In “Rogue One,” we got CGI versions of Grand Moff Tarkin, who had a significant role, and Leia, who was just a cameo at the very end. And in “The Rise of Skywalker,” we got another glimpse at CGI Leia and CGI Luke in a flashback to when Luke trained her as a Jedi.

We don’t know at this point whether or not we’ll see Lloyd-Jones again or even hear Mark Hamill’s voice again. For all we know, Lucasfilm could completely upend our expectations and finally give us the “Sebastian Stan as Young Luke” fancast of our dreams. Or maybe we won’t see Luke in “The Mandalorian” at all anymore. Perhaps this was just a stepping stone to bridge the “Star Wars” universes so Mando’s story could continue.