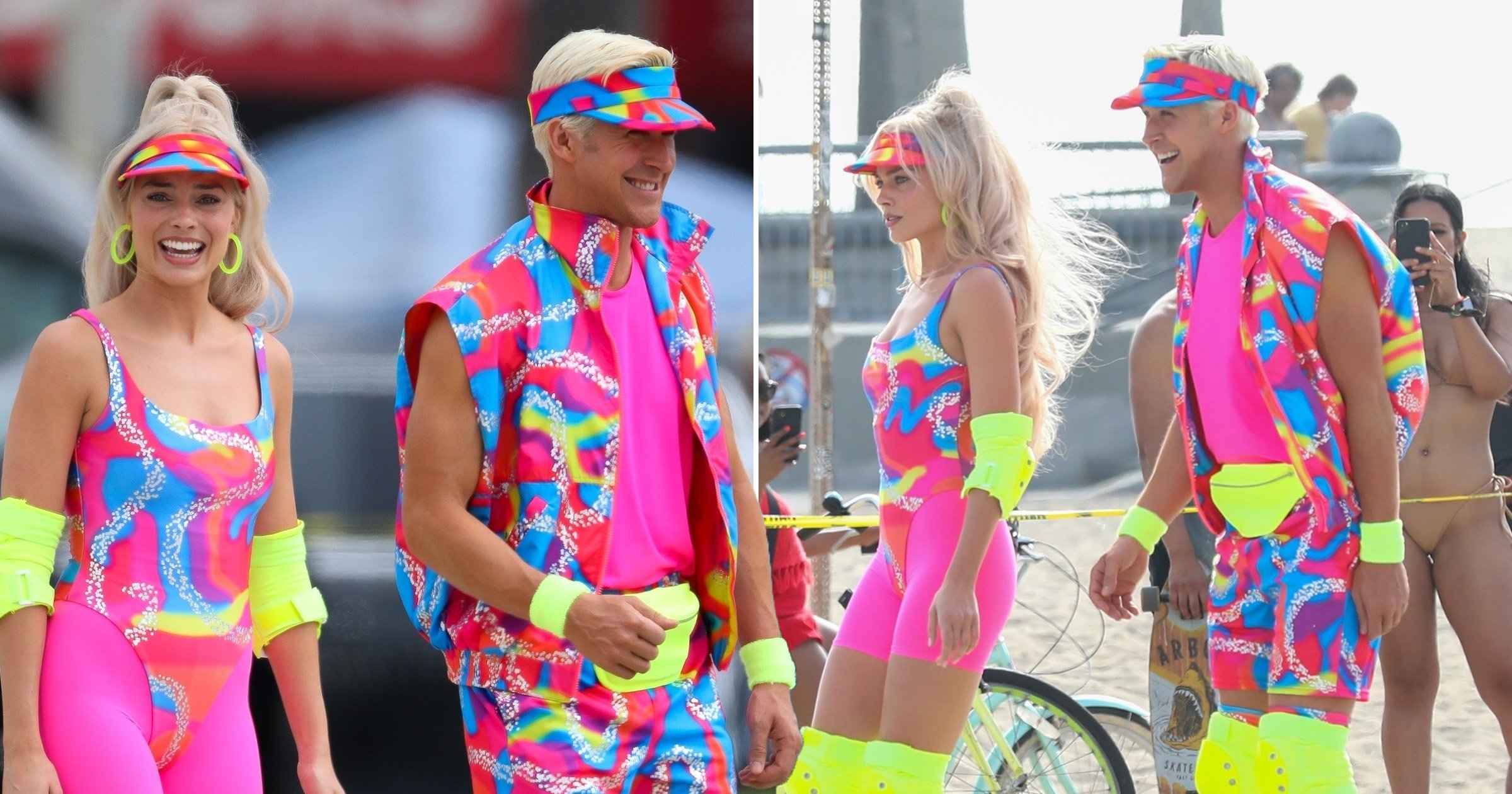 Margot Robbie and Ryan Gosling wore the brightest most psychedelic outfits possible while filming the latest scenes for their upcoming Barbie movie – but it was a fan’s simple bikini which had everyone talking.

Production on the anticipated Warner Bros flick has been in full swing this week, with Margot, 31, and Ryan, 41, fully transforming into Barbie and Ken and living in their very pink world.

Fans are absolutely living for every frame of the action, which has so far seen Wolf of Wall Street actress Margot taking her bubblegum pink Barbie car out for a spin outside her equally bubblegum pink house, and The Notebook actor Ryan debuting his platinum blonde hair as Ken.

However, movie lovers casting their eagle-eyes over every inch of all the photos means they don’t miss a thing – and they just happened to spot a fan’s striking bikini which may as well get a starring role in Barbie itself.

Margot and Ryan took Barbie and Ken’s rollerblades to Venice Beach, Los Angeles on Tuesday where they naturally attracted a crowd of sunbathers who were casually going about their relaxing day when the two A-listers whizzed past them.

One woman quickly whipped out her phone and probably had no idea that she would become the subject of attention, thanks to her very nude triangle bikini making it seem as though she were naked on first look.

‘I love this but I genuinely thought that woman was naked,’ one fan tweeted as the photo went viral on social media, while another replied: ‘Same i gasped and then was like “oh nvm”.’

Another quipped: ‘I saw the woman in the background, was confused, and thought “wow, they’re really committing to the whole barbie thing.”’

‘That poor girl just wanted to enjoy seeing margot robbie and picked a really really bad day to wear a nude bikini,’ one commentator joined in.

One fan joked: ‘My brain: Margot Robbie is literally serving – IS THAT A NAKED LADY….*zooms in* oh, it’s just a “nude color bikini.” Oh…thank the lordt. Now back to Margot…’

Stanning for Margot, another admitted: ‘I came for the flesh colored bikini. I stayed for the Margot Robbie.’

We’re yet to find out if Margot and Ryan noticed but, probably not, because this is Barbie and Ken’s world and we’re just living in it.

When they weren’t drawing crowds on the beach, the Hollywood stars were spotted filming intense scenes elsewhere in Venice. The pair were seen looking frantic as they made a mad dash through the streets together with Margot clad in a pink cowgirl outfit featuring flared trousers with a bandana tied around her neck, while Ryan donned a black western-inspired outfit complete with tassels across his shirt.

After recovering from the drama, the two were seen chatting and sharing laughs in between scenes.

The blockbuster will also see Will Ferrell and Doctor Who’s Ncuti Gatwa star alongside the two leads making for a particularly A-list cast. Greta Gerwig will direct the live-action rom-com which is based on the iconic Mattel doll.