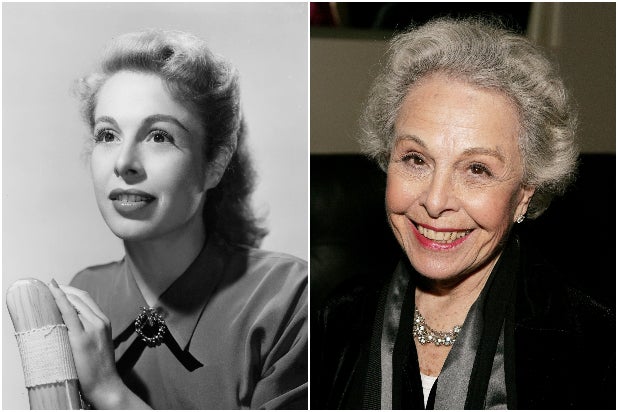 Marge Champion, a dancer and actress known for “Show Boat” and “Give a Girl a Break,” as well the model used by Walt Disney animators for the dancing in “Snow White and the Seven Dwarfs,” has died. She was 101.

Champion died Wednesday in Los Angeles while quarantined with her son Gregg Champion, who confirmed her death to the New York Times.

At 14, Champion, born Marjorie Celeste Belcher, was hired as a model by Walt Disney Studios, dancing the part of Snow White so that animators could model her movements and enhance the realism of what would be Disney’s first animated feature film. Disney would later use her as a model for the Blue Fairy in “Pinocchio” (1940) and the hippo with twinkle toes in “Fantasia” (1940).

You can see a video of Belcher dancing to one of the songs from “Snow White and the Seven Dwarfs” below alongside the final footage of the film. And Disney would later recognize her with the Disney Legends Award in 2007.

Champion’s career then took off in 1947 when she appeared in a series of MGM musicals alongside her husband, actor Gower Champion in such films as  “Show Boat,” “Till the Clouds Roll By” and “Everything I Have Is Yours.” The two were an answer to the on-screen dancing duo of Fred Astaire and Ginger Rogers, and they even remade one Astaire-Rogers musical at MGM, remaking the 1935 film “Roberta” as “Lovely to Look At” in 1952.

The Champions were similarly one of the first dance couples to achieve fame through television with their own TV show, “The Marge and Gower Champion Show” in 1957, a sitcom and variety show that featured song and dance. Later in her career as Gower Champion became a stage director, Marge Champion took smaller roles in TV, films and on stage and won a Primetime Emmy for her choreography for the TV movie “Queen of the Stardust Ballroom.” She would perform a final Broadway appearance in 2001 for a Stephen Sondheim revival of “Follies,” where she danced alongside Donald Saddler.

In 2013, Champion was recognized with the Douglas Watt Lifetime Achievement Award at the Fred and Adele Astaire Awards.