“As people in Greenland and Denmark can attest,” Maddow quips 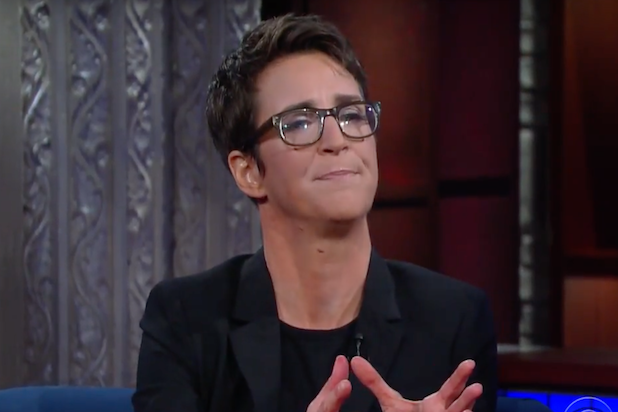 On Wednesday, Rachel Maddow roasted Texas Republicans for trying to evade responsibility for the cold weather disaster currently afflicting the state by blaming the whole thing on wind power and other forms of renewable energy.

Specifically, she pointed out how dumb that claim is considering there are far colder countries than the United States, using way more wind power than Texas, who don’t seem to have any problems at all.

As millions are without power across Texas this week, leading conservative figures including Fox News’ Tucker Carlson have blamed Texas’ widespread power and gas outages on renewable energy, usually based on the false claim that wind turbines producing the electricity weren’t designed to hold up in cold weather. The problem is that even if that claim was true, only 13% of the power outages could be attributed to frozen windmills, according to officials in the state — and not only that, in 2020 wind generated just 25% of the total, with the rest of Texas’ power coming from natural gas, Coal, Nuclear, Solar and biofuel.

Maddow pointed out that even if the windmills were freezing, that would still be the fault of the Texas government, which insists on running its own power grid separate from the rest of the country — and not subject to Federal Energy Regulatory Commission regulations. So, while the rest of the United States’ power grid is winterized, Texas is left vastly unprepared for natural disasters. Maddow also noted that windmills do work in the cold if properly maintained.

“Wind turbines work in the cold, as people in Greenland and Denmark can attest,” Maddow quipped. She also pointed out that while the FERC did warn Texas about the storm and recommend they winterize their power equipment, the state refused.

Roughly 2.6 million people in Texas were without power and heat as of Wednesday. The unseasonable chill has already caused at least 24 deaths in the past week — and those are just the recorded numbers; it’s harder to count the state’s unhoused population, which is especially vulnerable.

After a power outage in 2011, FERC told Texas to winterize its power system in case of future cold snaps. Texas declined to do so, which is part of the reason the state is in such a dire situation right now.

That suggestion to insulate “wasn’t exactly a rocket science level recommendation,” Maddow said. “This has been a recurring thing. Even before it happened in 2011, it happened 12 years before that, 1989.”

“This isn’t that difficult. You need to insulate stuff. We know it’s not always cold, but when it is, you can’t afford to have the power go out. People will die,” Maddow said. “You have to winterize your power generating and distribution infrastructure so everything doesn’t freeze solid and fall over and break when it’s cold, which is when people really need to have power. Texas shrugged that off. Because they can.”

What the clip below: