Lucifer fans have just over a week to wait before the next episodes of season five are finally released on Netflix. As hype for the new instalment reaches breaking point, D.B. Woodside has opened up about what’s next for his character Amenadiel once he finally reunites with his father, God (played by Dennis Haysbert).

Another eight episodes are finally due to hit screens on Friday, May 28 after several months of waiting for last year’s thrilling cliffhanger to be resolved.

At the end of season five, part one, Lucifer Morningstar (Tom Ellis) and Michael’s epic battle was broken up by the long awaited appearance of their father.

Now walking amongst Lucifer’s new mortal friends, God is getting ready to step down from his throne and begin the search for his replacement. 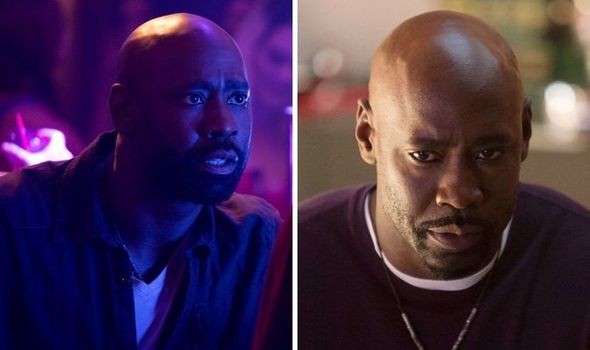 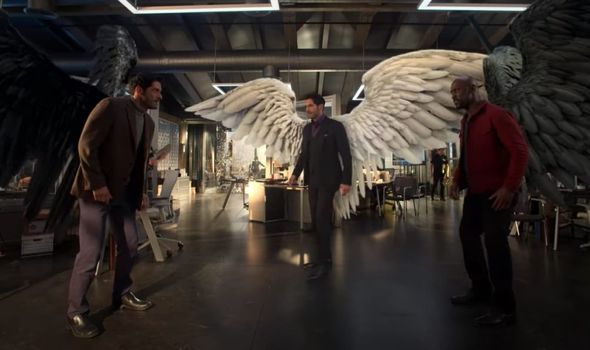 Unfortunately, Amenadiel may have lost some favour with the ruler of Creation, as D.B. Woodside has detailed his first reaction to getting chastised by God in the opening scene.

He revealed to TVLine: “5B picks up literally two seconds from where we ended.”

Season 5A wrapped up with God’s favoured son in the midst of a parental crisis after learning his son, Charlie, was a mere human.

However, he couldn’t help but get involved with Lucifer and Michael’s sibling rivalry, which could have disastrous consequences now his father is in town. 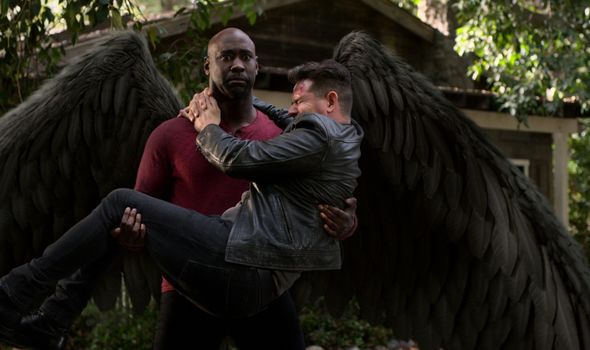 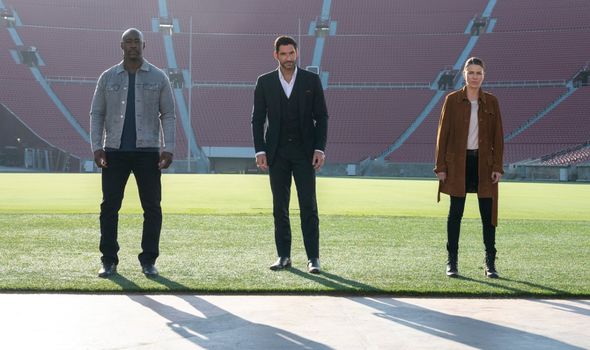 Woodside continued: “Amenadiel is absolutely embarrassed, humiliated that God saw him behaving the way that he was with his brothers.

“As the oldest [brother], he’s really supposed to be the one that sets the example, and he was not doing that.”

Amenadiel has always been a pillar of wisdom throughout the series, and has even managed to keep in contact with God; albeit via a series of cryptic tests.

After his brief relationship with human therapist Linda Martin (Rachael Harris) resulted in the birth of their son, Charlie, the angel now has much more human matters on his mind.

When God discovers what his favoured son has been up to all this time, he may have to invoke his own wrath to kick his children back into shape.

On the other hand, Woodside indicated the mere sight of God will be enough for Amenadiel and his brothers to run for the hills.

Revealing the end of their fight, he confirmed: “Well, I don’t think he has to break up anything.

“I mean, he’s God, so his children are going to fall in line quickly!”

The new trailer has already revealed that part one’s skirmish with Michael in the LAPD will resolve quickly, or at least with enough time to enjoy the episode’s titular family dinner.

One of the most exciting guest stars for the series so far, Dennis Haysbert will be reteaming with Woodside after they previously shared the screen in the popular action drama, 24.

The star also teased some unmissable moments between Amenadiel and his father, and even more chaos in store when the next instalment of Lucifer is finally unleashed.

Lucifer Season 5, Part 2 will be released on Friday, May 28 on Netflix.