Pixar’s newest adventure doesn’t end with dragons and centaurs squaring off in some fantasy world nor does it grow to the city-leveling size of climactic superhero battles. Its purpose isn’t to explore why we are the way we are, in the most heady sense, or contend with the true meaning of life. There are no talking toys or talking cars or talking fish. Well, there actually are talking fish, sort of.

Luca is about having the sort of summer you remember your whole life. One of those summers where you’re “just outside with your friends, like, forever,” Jacob Tremblay says. “Playing until the lamp posts turn on. And that’s when you could bring out the lightsabers and duel, because they light up best at night.” “Hot, hot, hot summers,” as Maya Rudolph puts it, with “popsicles standing by. Goofing off till it’s so late that you have to get dragged home.”

The film follows best friends Luca (voiced by Tremblay) and Alberto (Jack Dylan Grazer) as they set out to have one of those summers. They happen to be sea monsters disguised as people above the surface, but the movie is about very human things: That nomadic spirit of summer and the life-changing importance of friendship. By Pixar standards, it’s downright quaint, in a really lovely way.

“It isn’t one of those movies that are like a freight train speeding toward the ending,” director Enrico Casarosa explains to ET. “Being in that kid world and spending times with them goofing off was something we really wanted to embrace.”

“It’s celebrating that authenticity of how much it’s happening when kids are poking the dirt with sticks,” chimes in producer Andrea Warren. “You can look at [those moments] as sort of empty, but connection and growing friendship seem to happen in those kinds of moments when you’re a kid. It’s fun to celebrate that.” 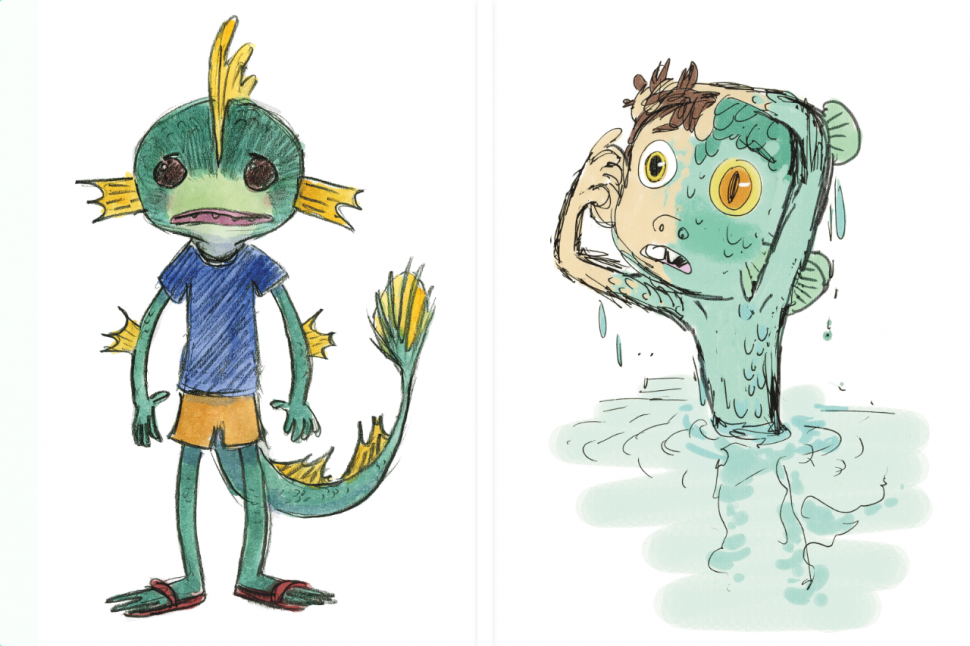 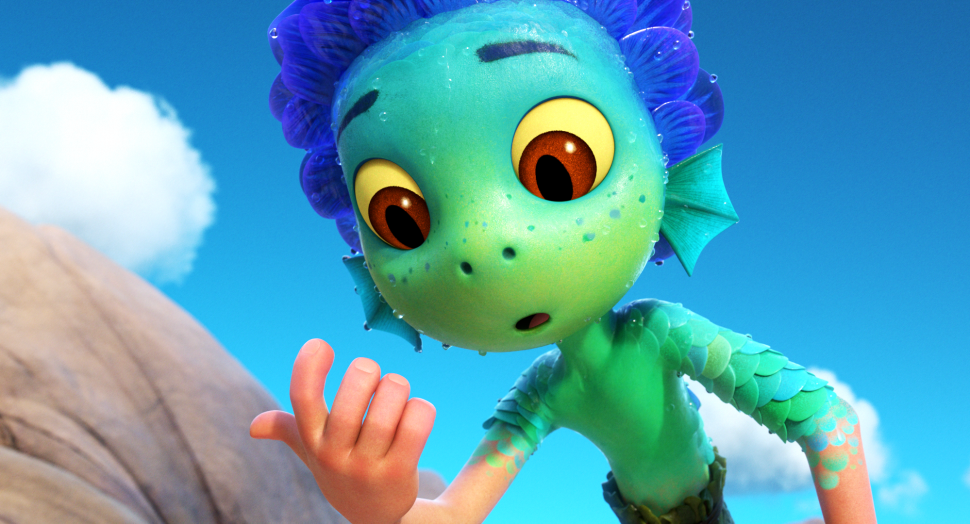 Luca arrives as the world is opening up to the possibility of having a summer again, a bit of fortuitous timing that may make the movie even more relatable to the adults whose freest summers feel in the past and their kids, who lost out on a year of hanging out with friends. That feeling of nostalgia is big in Luca.

“There’s also the feeling of, ‘Let’s be kids again,'” Casarosa says. “When I jump into the sea, I feel like a kid and I play in the waves. I hope this movie does this to us grownups. When you think about the kids, I do think about it deeply because I want to inspire them. They’re going through these things and so I feel honor and responsibility in talking to them.”

Lest any of that sounds emotionally weighty, remember the sea monsters. Luca‘s world is big and bright and full of wonder, both in its more creature-y features and the very fabric of its animation. “We realized pretty quickly if I made a La Luna for 90 minutes,” Casarosa says of his Oscar-nominated 2011 short film, “I think you would just have lyricism out of your ears.”

But the director also didn’t want the film to feel like any Pixar film before it. Listing off his animated inspirations, Casarosa doesn’t actually mention any films from the studio. Instead, he name-drops Aardman Animations (the studio behind Chicken Run and Wallace & Gromit) and Cartoon Saloon (Song of the Sea), as well as the legendary animator Hayao Miyazaki. He wanted Luca to feel more painterly and for viewers to feel the hand of the artists who made it.

“I always struggle with over-animation. Sometimes animation is doing 15 different things, and I find it a little distracting,” he says of Luca‘s simplistic yet stylized look. “The other challenge was we have simpler characters — they look cartoonier. It is a lollipop of a character — and we did not want to go to that place of making it feel cheaper. We were very aware from the beginning if we take too many things out, it might feel like you’re just trying to save money. We wanted a richness in it.”

“It just celebrates what animation can bring,” Warren says. “It’s just having so much fun with the medium and how you can layer all these elements together to create a look that makes it feel like you fell into a storybook or dove into a painting, which I think we all love.” 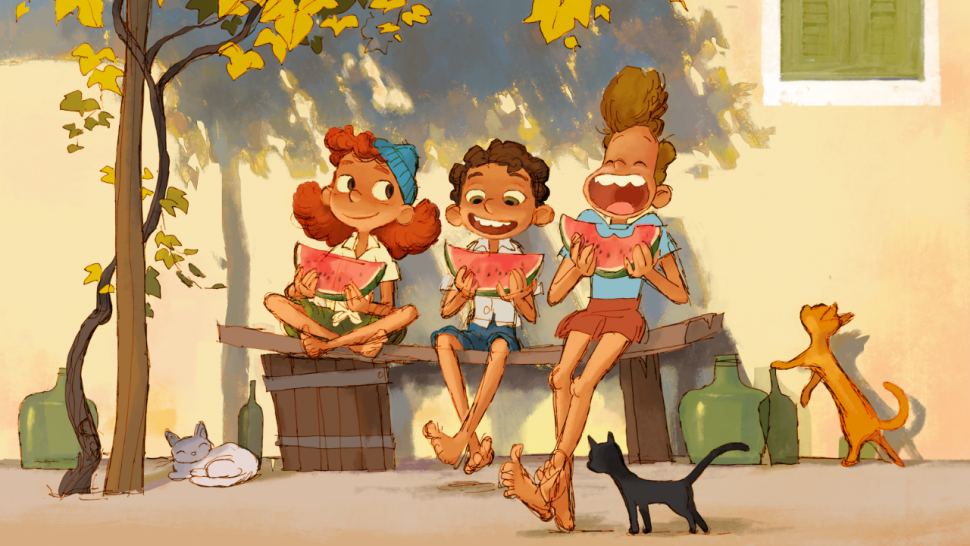 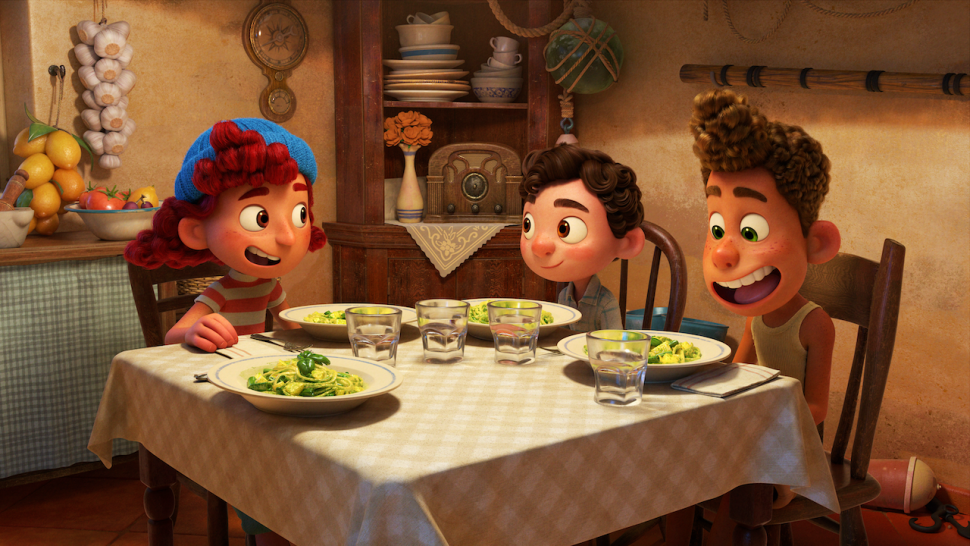 Though originally intended to premiere in theaters, Luca found a new home on Disney+, available starting June 18. In the pre-streaming days of yore, more Luca would necessitate a sequel of the theatrical or straight-to-VHS variety. Nowadays, Disney can (and is!) expand its animated franchises with series and spinoffs on the streamer, something Luca and its secret world of sea monsters feels particularly primed for — though nothing is ready to be announced yet.

“When we pitched this, there was no Disney+ at all,” Casarosa says. “We really think about the film, first and foremost. We’re now, though, in a place where people can pitch a series. I think there’s wonderful, new things on the horizon that are coming from Pixar in the long-form format, which are exciting.”

In the meantime, landlubbers and sea creatures alike can crank the A/C and escape into the endless summer days of Luca. And maybe, escape to something more.

“I really hope it can remind everyone of amazing childhood memories. Especially adults, too,” Tremblay precociously offers up. “I know that this is really more of a kids’ movie but in a way, I think adults will be able to take more out of it than a young child and I hope it brings up a lot of childhood memories of doing goofy stuff during summer.”

“We always say, ‘Hey, call your old friend that you haven’t heard from in a while,'” Casarosa agrees, “and say, ‘Those were good times.'”

How to Watch Pixar's 'Luca' on Disney+

'Luca' Director Reacts to 'Call Me by Your Name' Comparisons (Exclusive)