Love & Hip Hop: Atlanta is only a few episodes into season 9, but there are already beefs, broken friendships, and problems in the love department for some cast members. Even the grandmothers are feuding.

Plenty of jabs were thrown in the latest episode of LHHATL, but fans aimed their verbal lasers at Shooter for his messy love life. The man was trending on Twitter AGAIN. 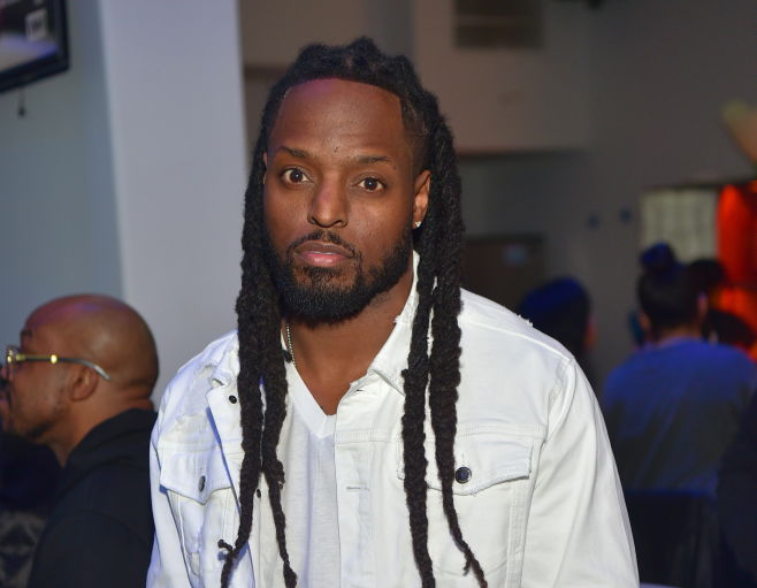 What did Shooter do?

Sierra Gates’ ex-husband, Shooter, found himself in trouble in past seasons for fooling around outside of his relationship. This season, it seems like he’s back at it and viewers are not here for it. Cheyenne is his friend Scrapp’s sister, and the pair have been in a situation-ship for two years.

Shooter’s been keeping it a secret from everyone, and Cheyenneis on board with it – for now. She’s just worried about Sierra’s reaction.

However, he’s also in an “open relationship” with Kiyomi, who has questions about whether Sierra knows about her. Shooter also deemed Kiyomi his “favorite.”

On Twitter, he’s getting dragged for the behavior. One userwrote, “Shoota came back to embarrass a new set of women.” And thiscomment warranted a virtual high five with Shooter’s photo attached: “If Ain’tS*** was a person.”

Another tweeted, “Shooter’s giving me Peter Gunz 2.0 vibesand I. DONT. LIKE. IT.”

Some are also questioning the women. “Cheyenne is a grownwoman who has been a secret for 2 years. When y’all women gonna want better foryourselves?” wroteone commenter. Others are calling Shooter slimy and grimey.

Kiyomi was introduced as a friend of Karlie Redd’s in thisepisode. This struck fans as odd because Karlie was besties with Sierra andthey recently ended their friendship. Now, Karlie is friends with Sierra’s ex’snew girlfriend. That’s a brain teaser but keep up.

Fans point out that although Kiyomi says she doesn’t want to be known as the “elevator girl” who got into a domestic violence altercation with Shad “Bow Wow” Moss, she keeps saying it.

Kiyomi Leslie is the rapper’s ex-girlfriend and back in February 2019, both were arrested for felony battery, according to CNN. This is her first season on Love & Hip Hop.

Fans are waiting to see how the love triangle pans out

Shooter will not only have to contend with two women finding out about each other, but also with Scrapp. What will happen once Scrapp learns his friend has been creeping around with his sister for two years?

Viewers are going to keep tuning in to see Shooter’s storyline play out and to see if Cheyenne will be the one to break the news to everyone. And what will Scrapp’s mom think if she learns about Shooter messing with two women?

One thing that fans do agree on is that Sierra does not care about Shooter because she’s moved on. They also want to see the ladies prevail and leave him alone.

Love & Hip Hop viewers believe this man is not good for either of them, and he needs to mature. Catch the next episode on Monday at 8 p.m. EST.