For the last four decades or so, Major League Baseball’s All-Star Game has been preceded by the Home Run Derby. The sport’s best(-ish) sluggers step to the plate and launch long ball after long ball into stands of “ooo”-ing and “ahh”-ing spectators. While watching towering shots threaten to shatter the lights of the stadium makes for fleeting entertainment, the problem with the Home Run Derby is that the grandest of long balls only occur in the wild. Home runs are best appreciated in the context of a game, which often gains added meaning from a season-long marathon, or even a 100-year championship drought.

Look at Kirby Puckett’s 1991 World Series walk-off shot that set the table for a Twins’ title, or Kirk Gibson’s one-legged Game 1 bomb that, in his only plate appearance, launched the ’88 Dodgers to a pennant, or even Kyle Schwarber, the greatest home run hitter of all time, going yard three times in four games during the 2015 Divisional playoff series vs. the hated St. Louis Cardinals — a rival the Cubs had to put in their rearview before, one year later, winning their first World Series in over a century.

In case it’s not painfully clear, I’m a lifelong Cubs fan and thus the ideal audience for a feature-length documentary on the 1998 home run race between Mark McGwire and Sammy Sosa. Much has changed since I was an adolescent gazing at the heroic sluggers’ race to beat Roger Maris’ single-season home run record, with steroid scandals and corked bats tarnishing the purity of the players, as well as a sport that still relishes its virtuous image. But “Long Gone Summer,” directed by A.J. Schnack, barely bothers to explain the relevance to modern fans, framing its remembrance through rose-colored nostalgia. Despite (or because of) both athlete’s participation, McGwire’s admission to juicing isn’t mentioned until there are only 10 minutes left, and Sosa’s corked bat isn’t mentioned at all. (It’s tossed off in a coda right before the credits roll.) “Long Gone Summer” wants viewers to appreciate a feat of the past without considering if it was fabricated — just watch the balls soar and don’t ask too many questions.

Well, watching 136 home runs in 104 minutes may hold up for a live event like the Derby, but it definitely doesn’t work here. Ominously starting with Todd McFarlane trying to justify his million-dollar collection of McGwire and Sosa baseballs (as well as a throwaway shot of St. Louis’ tourist staple, Ted Drewes Frozen Custard), “Long Gone Summer” never escapes such superficial engagement with the story at hand, as it’s disproportionately focused on the race itself. McGwire entered the ’98 season with high expectations after hitting 58 home runs the year prior, three short of Maris’ record, while Sosa and the Cubs weren’t on anyone’s radar. Many of the doc’s talking-head sportswriters remember Ken Griffey Jr. as the expected challenger. He kept pace early on before fading and finishing the year with a mere 56 homers…10 shy of Sosa, and 14 off McGwire’s record-breaking pace. 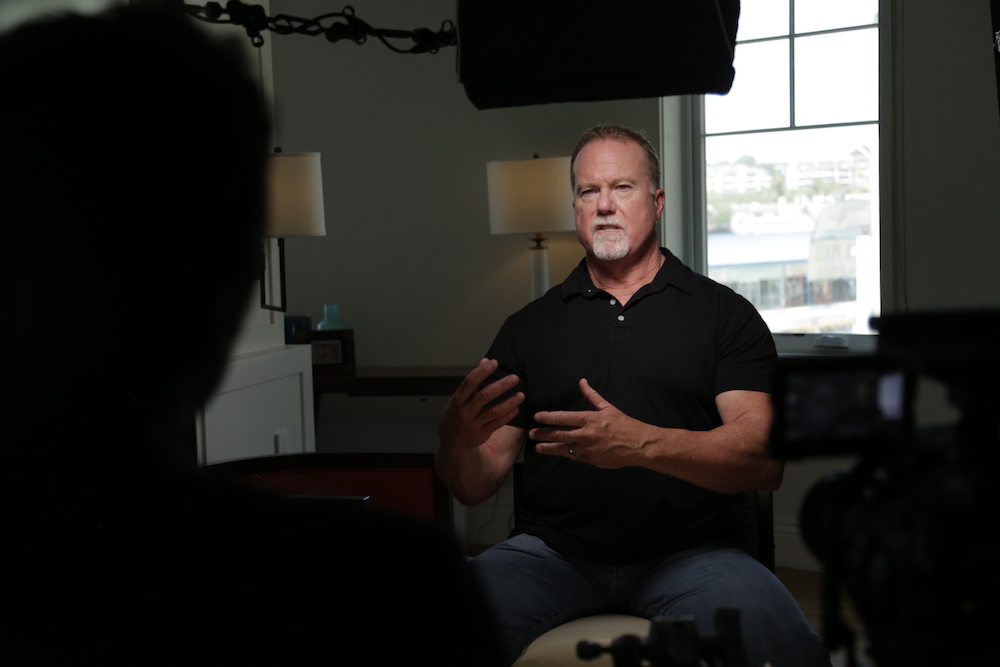 He, too, has admitted to steroid use, not that it matters here. Schnack prefers to provide brief glimpses of each players’ pre-’98 career, rather than the scandal that changed everything a few years later. The bulk of the doc’s runtime is rightly spent on McGwire — he broke the record after all, and as close as Sosa came to topping him, the Cubs’ right-fielder is mainly there for charm and color. Still, it’s perplexing to see how little “Long Gone Summer” cares about their lives, or even their basic athletic attributes, outside of the ’98 season.

McGwire speaks briefly about coming to terms with being a fly-ball, home-run hitter — instead of a five-tool ballplayer — but Schnack doesn’t bring in any hitting experts to extol on the difficulties of belting dingers. “See ball, hit ball,” McGwire quips at one point, summing up the evaluation of his skill, even though there’s obviously more to it than that. Hitting a baseball at the major league level is often hailed as the hardest task in all of sports, and it’s not purely a matter of strength. Emphasizing each player’s development as a hitter, as well as their natural talent, could’ve provided valuable context — especially when viewers will spend 90 percent of the doc wondering why the ’98 race matters so much when both men were (almost certainly) cheating their way to the top of the record books. (Not to mention that Barry Bonds topped McGwire’s record anyway.)

Intermittent glimpses into history, be it looking back at Maris’ quest to break Babe Ruth’s original home run record or hearing from groundskeepers about the pandemonium surrounding each at-bat, help break up the feeling that you’re seeing a pre-taped home run derby, but this story demands more excavation — more reckoning with the past and what it means to the present. Schnack frames McGwire and Sosa’s home run race as the event that saved baseball; coming off the MLB strike four years earlier, this competition helped bring fans back to the game. That may be true, but, even if you set the scandal aside, it doesn’t mean much in hindsight: 2019 saw ongoing complaints about too many home runs, contrasted by a record-setting drop in attendance. So if home runs are the game’s savior, why aren’t they still drawing crowds today? Maybe because the steroid scandal soured many fans’ relationship with the long ball? 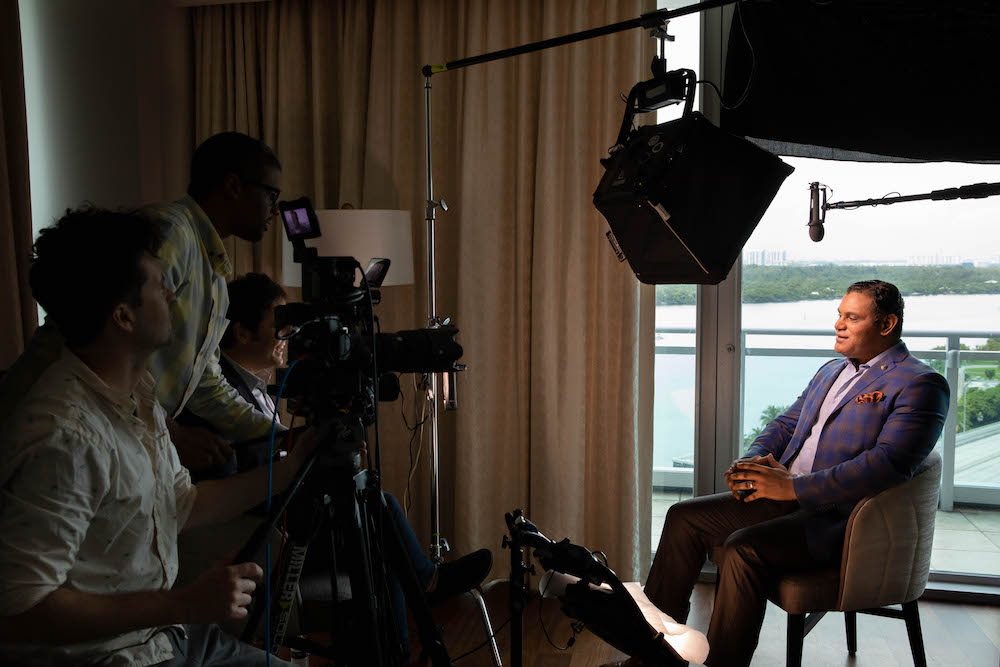 “Long Gone Summer” doesn’t bother with the tough questions, nor does it pose them to McGwire and Sosa. McGwire admitted to using steroids in 2010 and trots out similar talking points today. (He claims to have only taken them to help with recovery.) Sosa, who has never admitted to taking performance-enhancing drugs — but was caught in 2003 using a corked bat mid-game — still refuses to go there. He simply asks, “Why do they focus on me when everyone in that era [took steroids]?” Is that a self-serving question? You bet. But how we reckon with players in the steroid era vs. the system that encouraged widespread cheating is yet another area “Long Gone Summer” doesn’t get into.

Schnack’s documentary tries to evade the more complicated aspects of history to deliver the same “feel-good story” post-strike fans were desperate to see in ’98 and, with another MLB season in jeopardy, it makes a certain sense to try to relive whatever glory days we can. But when you’re still staring at Mark McGwire’s hulking physique or Sammy Sosa’s suspicious bat for two hours, there’s simply no way to put blinders on — not if you’re seeking any kind of authentic appreciation of their accomplishments. Nothing would make me happier than to remember that summer as pure, uncorrupted, childhood fun, or to see my favorite player the same way I did then. But I can’t. And “Long Gone Summer” offers little more than a barrage of shallow pop flies to convince me I should.