AUDREY Roloff has been slammed as "cruel" and "disgusting" by fans for sharing daily videos of her toddler son "drowning" at a controversial swim lesson.

The Little People Big World star has previously defended the new method as "super-important" in case her child falls in the pool unsupervised. 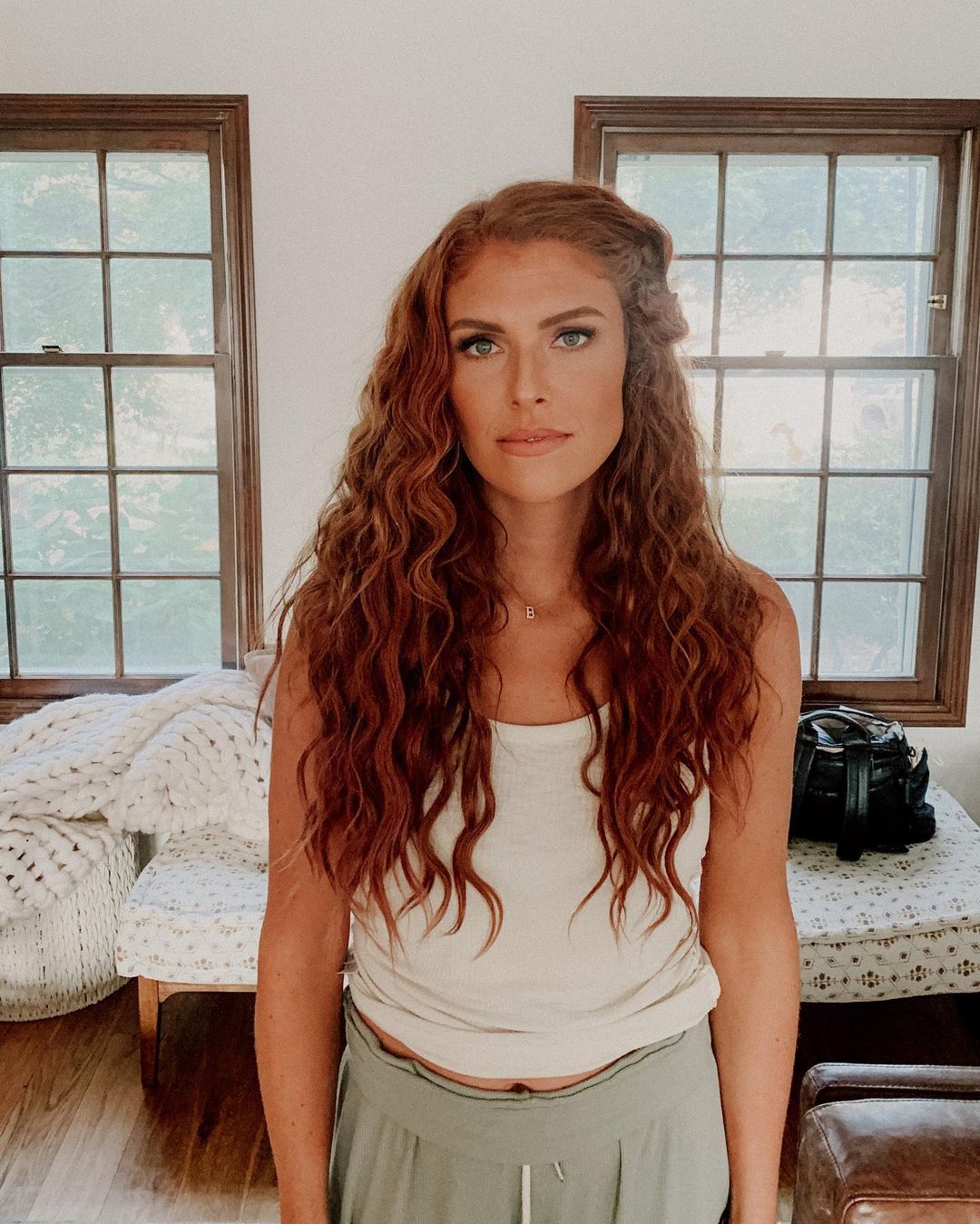 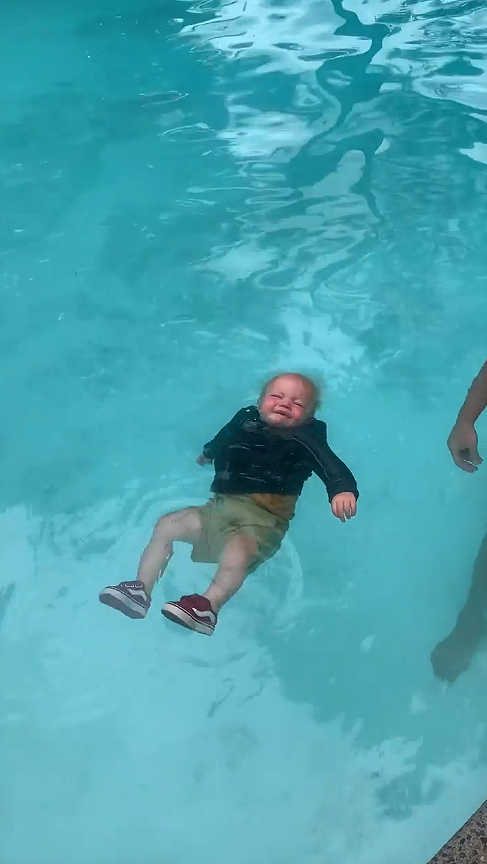 Audrey, 30, took to her Instagram stories today to share yet another ISR swim lesson with her one-year-old son Bode.

The reality star videotaped the tot being dropped into the pool fully clothed as he screamed and waded his way to the surface.

The TV personality has previously addressed the controversial nature of the new anti-drowning method, as she claimed the skills they are learning are "worth" the tears.

But her followers have been horrified by the videos as they've ripped the mom of two for causing her son to be "fearful."

Audrey added some fan reactions to her stories as well, as she's gauged the public's response to ISR.

"I will never understand this. While this method might save lives, so does taking good care of your child," one wrote scathingly.

"Put a gate around your pool and take care of your kid. And teach them how to swim when they're old enough to know you're not trying to harm them, like Ember's age," they urged.

"Having them go through this amount of trauma is DISGUSTING. This is a wonderful way of instilling fear and insecurity in your baby.

"The saddest part is that he will never know why he doesn't trust you as a mom, bc he's too little to remember this, but those feelings of fear will linger in his brain," they claimed.

Audrey has been sharing Bode's progress in learning how to float through ISR swim lessons over the last week.

The goal of the course is for babies as young as six months old to learn what to do if they fall in the pool.

Instructors teach the tots to turn over and float on their backs if they fall in the water and can't swim.

However, fan controversy began when many noticed the severe distress the child had during the lessons.

In a majority of the clips, Bode was screaming and crying for help as he was submerged in the pool water.

But Audrey tried to prove that the baby wasn't in turmoil by sharing photos after the lesson of him laughing and playing.

The Oregan native claimed ISR was "super-important" for her to do so because her parents have a pool and in her state, it's not compulsory for them to have security measures like gates or alarms.

She registered her son and her daughter Ember, three, to participate in five-minute classes for five days a week for up to six weeks.

Though Audrey admitted that Bode's crying was "hard" to watch, she insisted the lessons are "worth it."

"Our instructor always says screaming is good at this age cause then you know they are breathing and you can hear them if they do ever get in a situation where they fall in," she told fans. 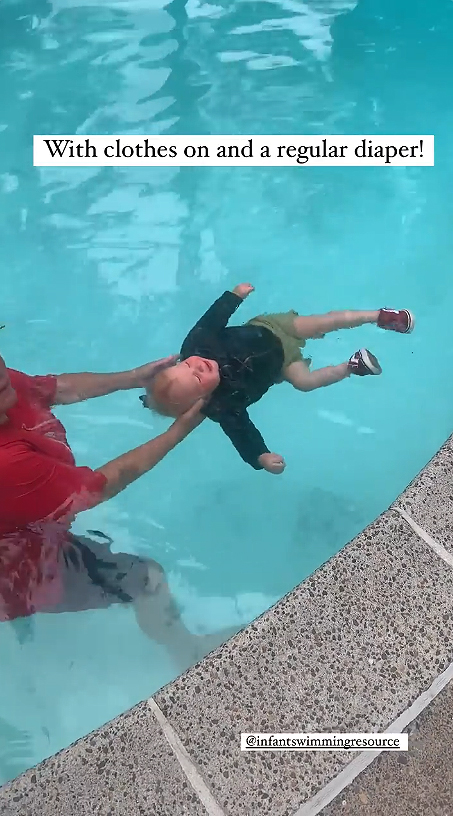 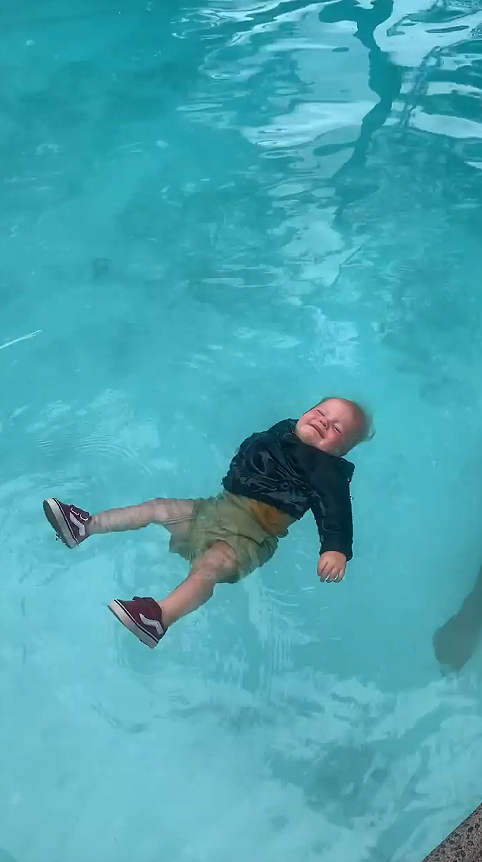 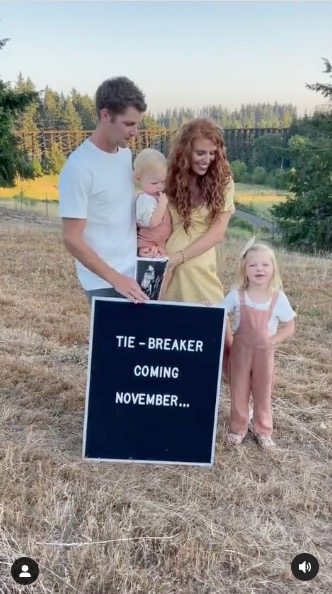